Flashing wickets, coming to a cricket field near you soon 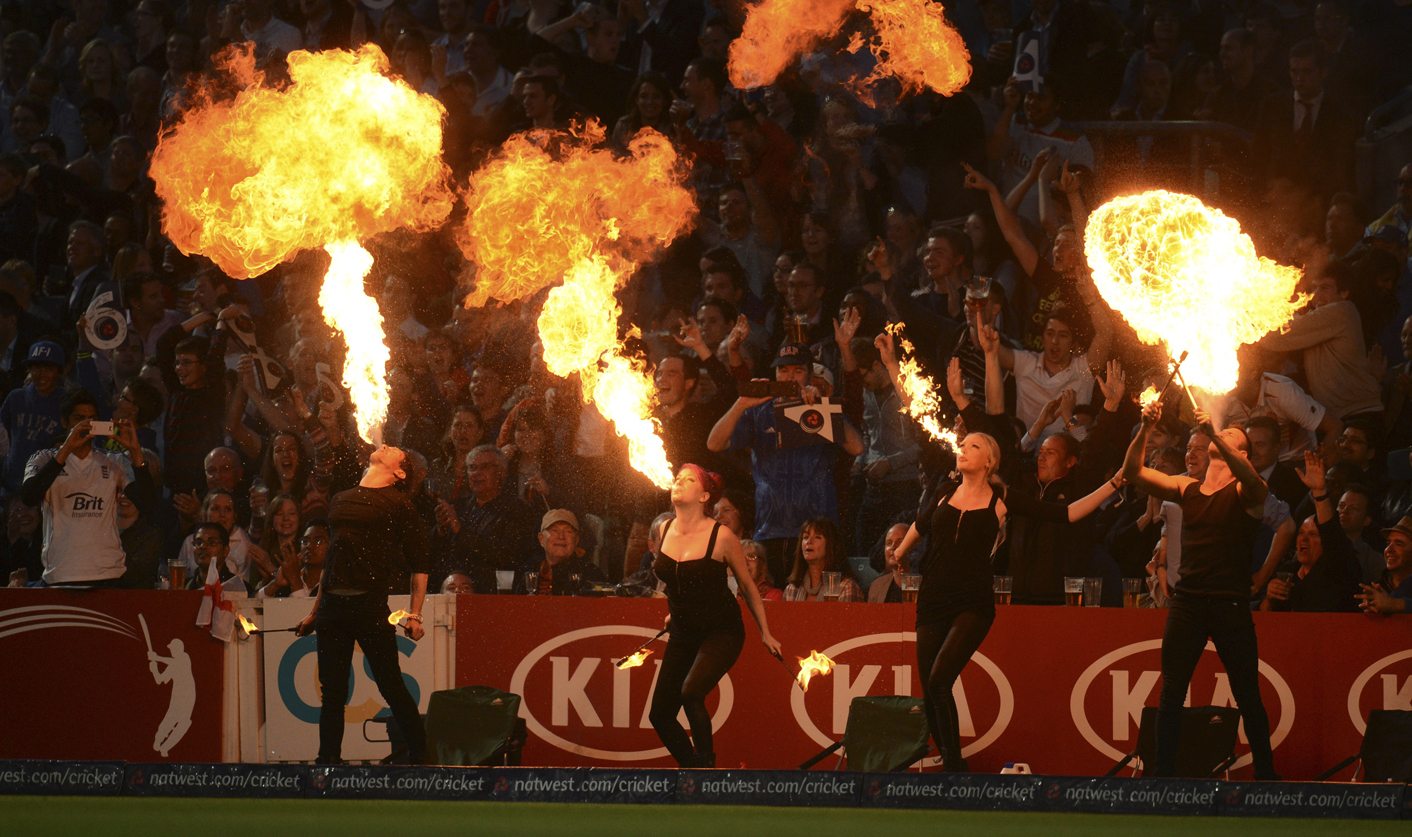 The ICC have approved flashing stumps and bails for use in both one-day internationals and T20 internationals following its annual conference in London this past week. The governing body has also reiterated its zero-tolerance for corruption stance, even though very vaguely. BY ANTOINETTE MULLER.

Remember the Big Bash with its Adam’s Family music and its flashing wickets? Zing wickets, as they are officially known, could soon be a feature on cricket fields across the world.

The technology is still subject to an independent investigation by the ICC, but there shouldn’t be any issues with the assessment. The technology won’t be mandatory and whether these flashing delights are actually rolled out will also depend on whether boards could be bothered to set it up.

The system was first introduced during last year’s edition of the Big Bash League. It’s manufactured by the South Australian Zing International and has a sensor that can ascertain within 1/1000th of a second when a wicket is broken. The broken bails instantly flash and send an LED signal to the stumps, which will then light up.

They were initially introduced to “enhance the viewing experience”, but it quickly became apparent that these flashing wickets could serve more of a purpose. Absurd as it seems, it might actually benefit the game and not in a boom-boom thumpy dance music kind of way. Zing wickets could help umpires with run-out and stumping appeals, but overall they still won’t make much of a difference. The technology might be met with apprehension at first, especially since the implementation costs won’t be subsidised. Paying for technology which will rarely come into play and which could be easily destroyed by a yorker seems somewhat futile, though.

Other changes to the playing conditions include that of a no ball on the fall of a wicket. Where umpires could review front-foot no-balls when a wicket fell, waist-high full tosses and bouncers above shoulder height can also be checked.

A formal introduction of a two-step process for “altering the state of the ball” has also been introduced. Altering the state of the ball, or ‘ball tampering’ when being blunt and ‘ball management’ as a euphemism, has been the subject of much discussion over the course of the Champions Trophy. England were under the microscope when they were able to generate reverse swing very early on and Bob Willis insinuated that somebody must have been fiddling with the ball. A few captains said that “everyone does it to an extent”, but the umpires will now take a stricter approach for the bowlers changing the ball on their own accord.

Should umpires believe “the condition of the ball has been changed, but there is no eyewitness to identify which player changed the condition of the ball”, they can change it and will have to issue the captain with a first and final warning. Should it happen again, the batting side will be awarded a five-run penalty, the ball will be replaced (chosen by the batsmen) and the captain will be reported under the ICC Code of Conduct.

It’s all a bit private-school-headmaster thing, and in an era which already benefits batsmen far more than bowlers, it’s perhaps a bit over the top. Nonetheless, the ICC are seemingly trying to clamp down on anything that might even be slightly suspect. They’ve had a hard time with the game’s reputation as of late and that needs to be rebuilt.

They emphasised their stance on anti-corruption, too, even if it was in vague-as-ever fashion. The chairman of the Anti-Corruption and Security Unit (ACSU), Sir Ronnie Flanagan, presented his annual report at the conference and the report “included a number of recommendations for dealing with anti-corruption matters”. The ICC agreed to incorporate an “enhanced set of principles” for dealing with corruption. The framework includes a set of rules for both domestic and international cricket.

The ICC also “reiterated” its “zero tolerance” stance on corruption. That would be the very same zero-tolerance which saw a number of convicted spot fixers escape life bans just a few years ago. Nonetheless, the governing body has vowed to clamp down, but no mention was made regarding the exact extent of its partnership with ACSU.

Chronically understaffed, the ACSU struggles to establish a presence at international games, never mind the problems at domestic level. For the ACSU to function properly and ruthlessly, it needs extra funding to prop up extra staff, but there was no mention of additional staff at the conference.

The ICC does believe, though, that as a whole, the sport is clean, but insists that it won’t be complacent.

“The ICC remains confident, but not complacent, that the vast majority of players, officials and administrators in international cricket uphold the best interests of the sport. But there continues to be a very small minority whose involvement with corrupt practices discredits themselves and their colleagues and tarnishes the reputation of the sport itself,” the ICC said in a statement. DM

Photo: Performers near the boundary breathe fire after a four was hit during the first T20 international cricket match between England and New Zealand at the Oval cricket ground, London June 25, 2013. REUTERS/Philip Brown