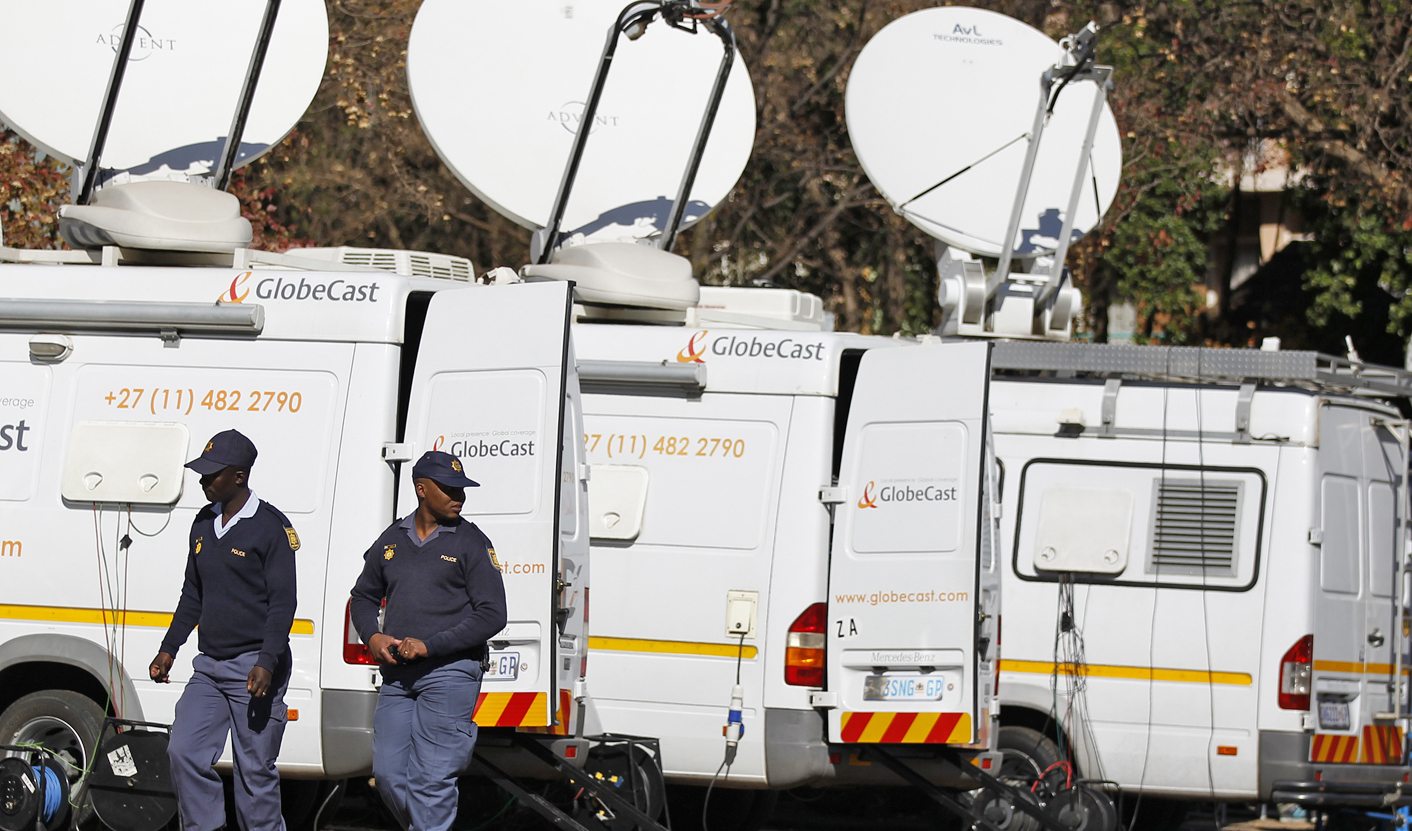 The Daily Maverick is happy to publish this letter, addressed to the citizens of an increasingly maudlin South Africa. The contents provide a fine primer on what to expect in the next few days, and how we should behave while those days unfold. Oh, and don’t forget to floss—you’re on TV! By RICHARD POPLAK.

Please get the fuck out of the way.

Wait, that probably came out wrong. Let us explain.

As you may have noted, we’re back! It’s been four long months since the Oscar Pistorius bail hearing thing, and just as we were forgetting just how crappy the Internet connections are in Johannestoria, the Mandela story breaks.

We feel that it is vital locals understand just how big a deal this is for us. In the real world—far away from your sleepy backwater—news works on a 24-hour cycle. That single shot of a hospital with people occasionally going into and out of the front door, while a reporter describes exactly what is happening—at length and in detail? That’s our bread and butter. It’s what we do.

And you need to get out of the way while we do it.

It’s nothing personal. In fact, we couldn’t do this successfully without you. In many cases, our footage is made more compelling by your presence. Specifically, we are fond of small black children praying and/or singing in unison. Equally telegenic are the Aryan ubermensch blonde kids also praying/singing, who help underscore the theme that Mandela united people of all races under a Rainbow umbrella.

Also very important, thematically speaking, are Mandela’s successors. We very much like the idea that your ex-president was “one of a kind”, and that despite his best efforts, the current batch of idiots prove that he was an exceptional presence, sui generis, and we don’t have to worry about someone else like him coming along in Africa ever again. We enjoy your leaders’ bumbling ways, their daft non-sequiturs, the glint of their Beijing-bought Breitlings. That “Vote ANC” truck parked outside the hospital? If that doesn’t speak to moral degeneration of the first order, what does? In other words, this story would lack a tragic arc without Jacob Zuma. May he keep on keeping on.

Then there’s the Mandela’s family. Really, where would we derive our soap operatic undertones if it weren’t for the infighting and the blinged-up brashness of that clan? We love subtly implying that a saint sired a generation of professional shoppers and no-goodnicks. In our biz, we call that “irony”. Makes for great copy.

In fact, we love everything about the country that doesn’t live up to Mandela’s legacy. We will take every opportunity to mention how everything you do flies in the face of everything Mandela would’ve wanted from his people—how you’re basically a nation of under-achieving screw-ups. All of this is fantastic, we thank you profusely for your individual and collective contributions to this essential storyline, and urge you to keep squandering your potential.

We need to be fed, constantly and without respite, big juicy mouthfuls of new information regarding every aspect of the story. Each piece of data, no matter how seemingly trivial or inane, is to us the rich, fatty gravy that we will slather over this one essential fact: the father of your nation is gravely ill, and we’re banking—literally, banking—on his not making it. The geraniums in the hospital planter, beating the chill of winter? Metaphor. Again—no detail too small.

But that’s then. For the meantime, we need you to behave yourselves. We’re going to be pushy, and we make no apologies for it. This is the news—and news, after all, is the concrete foundation of democracy, a principle Mandela was willing to die for long before he was dying.

Note the solemn tone of our television reports. Ken the funereal passages published in our great papers. At times, the scramble for information may seem like a pursuit entirely free of dignity. But remember that watching a sausage get made can be a grisly process.

We would like to respect the fact that you’re going through a period of great sadness and protracted grieving. But we all need to be grown-ups about this.

So, we ask again, and this time with feeling:

Please. Get the fuck out of the way. DM