Cricket: Lehmann’s no role model, but at least he’s...

Cricket: Lehmann’s no role model, but at least he’s got authority 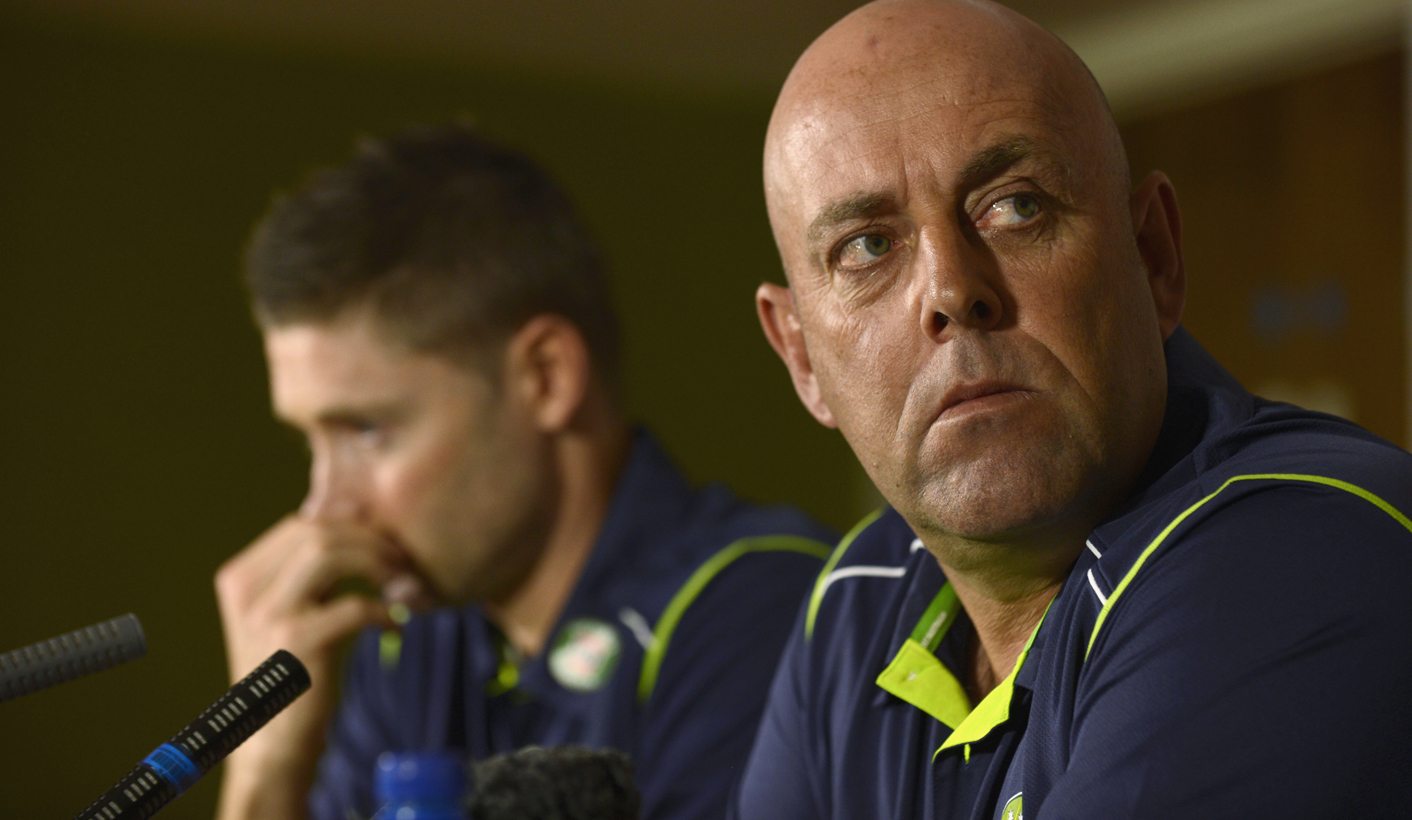 Darren Lehmann is hardly the posterboy for good behaviour, but in contrast to Mickey Arthur, he knows how to use his authority to set things straight. It might not be best for PR, but at least it’s a start. BY ANTOINETTE MULLER.

Australia in disarray. Australia in shambles. Abject Australians. Awful Aussies. Bar Brawling Warner. Those are just some of the headlines which have related to Australian cricket over the last few months. Now, with the Ashes less than two weeks away, they find themselves somewhere in limbo.

Mickey Arthur has been fired and Darren Lehmann has been appointed as the new coach. Lehmann has never made a secret of his desire to take charge of the first team and, following successful stints with Australian domestic side Brisbane and being in charge of the A-side, he was handed the reins of a spooked horse.

Marred by ill-discipline, poor performances and having to get by without their former greats, the current Australian team has many problems. But Lehmann is hardly the poster boy for discipline. During his playing career, he was part of the “cigs, booze and belly brigade” and once had an incident involving a racist slur. He’s antagonised umpires and he doesn’t shut up, even when it’s sometimes better that he does.

During the last few days of his playing career, when he spent some time with English County Yorkshire, Lehmann’s physique started to shape up a bit. He spent a lot of time bowling under his brother in-law Craig White. Lehmann offered a straightforward assessment of his feelings towards bowling so much.

“He (Craig) keeps chucking me the ball, which is an absolute pain in the arse,” he said. “But I enjoy bowling, it breaks the day up, and I wish I took it up earlier, obviously; it would have been good.”

Lehmann is not a subtle man and his coaching style lends itself to that, too. He is loud and demanding and there’s no getting away with anything, not in the nets, not off the field. Not good, not bad. Lehmann will tell players what he thinks and he will tell them with gusto.  The new approach will be Bootcamp with Boof as opposed to Meandering with Mickey.

Players will play and players will practice, hard. Unless they have a broken leg, in which case they will play on one leg with a crutch. There is no skiving when Lehmann is around, and while he might be militant, he is not unfair.  He wants to get to know his players and relate to them.

“We will get everything right on and off the field,” said Lehmann. “It is important to talk about the game, whether it be with a beer or a diet Coke in your hand. I don’t care. It is about learning the game and improving our skills on and off the field and that is what we are about,” the newly appointed coach said.

Lehmann’s task in charge began in Taunton on Wednesday with Somerset playing against the Australians in a warm-up match. Between being wheeled out as new coach on Monday and the match starting on Wednesday, there wasn’t much time for uhming and aahing about how things would work. What started off as a slow day, with Somerset cruising to 304-3, ended with a slightly more flattering scorecard for the Australians. The hosts eventually slumped to 320 all out, losing seven wickets for 16 runs before the close of play.

Lehmann kept it simple when speaking about what his approach would be and insisted his top three priorities were to “win, win, win”.

He’ll also rely on old legends to help where they can. Adam Gilchrist, Shane Warne and Jason Gillespie are all part of an old contingent which could be called upon to inject some sense into a group of players who seemingly have no clue what they’re doing.

“We would love him [Warne] in the room. The past legends is what we are about,” said Lehmann.

“Having guys involved in our current structure and having some sort of input. You don’t have a guy take 700 Test wickets and not use him if he is around the place. He is always welcome, as is anyone who has represented Australia, in our dressing room. I will be after the past players to use their knowledge and guidance along the way.

“If he [Warne] is around, and I know he is commentating with Sky all the time, then we will certainly use him. I have had some great messages. They [past players] are an important part of what we are trying to create.”

Gillespie, who is currently head coach of English county Yorkshire, will also be consulted, but he won’t be leaving his post at the county.

Lehmann’s philosophy is as much about on-filed performances as it is off. There won’t be any homework instructions, but  there will be some self-examination done and the coach believes his charges can still win The Ashes.

“This journey over the next two months during the Ashes, we will learn about ourselves as cricketers and people, which is really important, and performing at the level everyone would expect us to back home. That is where that comes into it. Learning about where we can do things differently.

“We can still win the Ashes. The team is going to play in a certain way. We are going to play an aggressive brand of cricket that entertains people and fans and gets the job done on and off the field.

“I am excited by the challenge. I am looking forward to working with Michael [Clarke] closely, and the other team members, and look forward to them having success throughout this tour.”

Posterboy for good behaviour Lehmann is not, but he is an authority. A father figure, if you will, somebody players can relate to, which has been missing from the Australian side for a very long time. DM

Photo: Australia’s new cricket coach Darren Lehmann looks on during a news conference with captain Michael Clarke (L) at the Radisson Blu hotel in Bristol June 24, 2013. Australia have sacked their coach Mickey Arthur and replaced him with Lehmann just over two weeks before the start of the Ashes series against England. REUTERS/Philip Brown