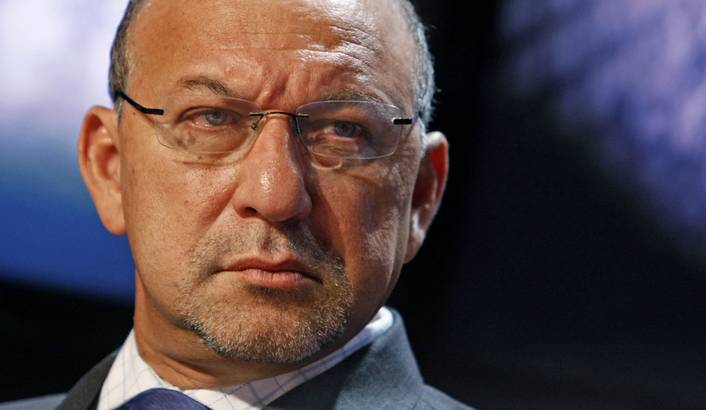 A round-up of the day’s news from around South Africa.

Former president Nelson Mandela remains in a critical condition in hospital after being admitted more than two weeks ago with a lung infection. President Jacob Zuma’s office said doctors were doing their best to ensure the “recovery, well-being and comfort” of the 94-year-old anti-Apartheid leader. Deterioration in Mandela’s health this weekend to ‘critical’ from ‘serious but stable’ has caused a perceptible switch in the national mood, from prayers for his recovery to preparations for a fond farewell. Senior members of his family met in his ancestral home in the village of Qunu. The Sowetan newspaper said the meeting, called by Mandela’s eldest daughter, Makaziwe, was intended to convened to discuss “sensitive family matters” although it did not disclose further details.

US President Barack Obama will not be visiting former president Nelson Mandela, says international relations minister, Maite Nkoana-Mashabane. Speaking at a briefing to outline Obama’s itinerary for his first visit to South Africa as US president, Nkoana-Mashabane said Obama would visit Robben Island, attend a Young African Leaders initiative and deliver an address at the University of Cape Town. She told reporters Obama “would have loved to see Madiba” but said when people are ill “we try to give them space to recover”. The minister said Obama might meet representatives of the Nelson Mandela Foundation.

Former finance minister Trevor Manuel has reassured international investors that Nelson Mandela’s legacy will be protected after the elder statesman dies, Reuters reports. Manuel was responding to fears of investors and economists that Mandela’s death would free the governing ANC’s more radical members to push for nationalisation. “There have been concerns expressed, unjustifiably, about what happens when Nelson Mandela is no longer with us,” Manuel told Reuters. Manuel said it was up to South Africans to ensure his legacy lives on.
“Whether he is physically here or not, it is his legacy we have to protect,” he said.

The Association of Mineworkers and Construction Union (AMCU) has new wage demands for the gold mining sector, handed to the Chamber of Mines on Tuesday, which far outweigh those of the National Union of Mineworkers. BDlive reported that AMCU would demand increases of more than 100% for all unskilled and semi-skilled employees in the gold sector. The NUM, earlier this year, said it would push for a 60% increase for minimum wages, a number that shocked analysts, who said the industry couldn’t afford such a hike. AMCU wants a minimum entry-level wage of R11,500 for surface workers and R12,500 for underground workers. It also wants changes to the job grading system, to ensure all workers would earn more.

Police in Cape Town have arrested five people for dumping human waste in the departure terminal at Cape Town International Airport. Acting airport spokeswoman Deborah Francis told Sapa the group had pretended to be passengers and carried plastic bags through to the domestic and international departures terminal. She said the protestors “threw it, jumped back into the cars and sped off”. Police soon arrested the perpetrators, who will appear in court once charged. The airport is a national key point, she said. Police took over the scene and Hazmat consultants would clean it up. The incident follows several other such protests, linked to the ANC Youth League, in which faeces was thrown at Premier Helen Zille’s car and on the steps of the Western Cape Legislature.

HRC TO INVESTIGATE LACK OF TOILETS AT EASTERN CAPE SCHOOLS

The Human Rights Commission will investigate conditions at 1,049 schools in the Eastern Cape that do not have proper toilet facilities. Democratic Alliance spokesman Edmund van Vuuren said education MEC Mandla Makhupula confirmed in a reply to a parliamentary question that one in five schools have inadequate sanitation or no toilets at all. “This is a human rights violation on an unprecedented scale, with an estimated 260,000 Eastern Cape children attending a school each day without proper sanitation facilities,” Van Vuuren said. “Millions” are wasted on maladministration, Van Vuuren said, while “the dignity of hundreds of thousands of children in the Eastern Cape is undermined on a daily basis”.

South Africa’s poor are the main victims of a thriving illegal loan shark industry. A joint operation by police and the National Credit Regulator has seen 13 illegal moneylenders in North West arrested. But, says Neil Roets, CEO of one of the largest debt counselling companies in South Africa, victims of loan sharks in most cases were not aware of their rights or too frightened ask for help. He said the problem was prevalent in areas where there is “substantial economic activity” such as mining or industrial activities. Those arrested in the North West raid had 5,453 pension cards, 130 ID books and 1,720 bankcards. CEO of the NCR, Nomsa Motshegare, said the focus of the operation was on “credit providers who are unlawfully garnishing, retaining pension cards, bank cards, identity documents and personal identity numbers (PIN) of their clients as surety”.

Former ANC Youth League spokesman Floyd Shivambu has been officially expelled by the ANCYL by the league’s national task team. Shivambu was suspended from the African National Congress and its youth league for three years last year. “I find the decision hilarious because in all the public statements I have made since my suspension from the ANC, I have unequivocally said that I give away my membership of the Zuma African National Congress (ZANC) and consequently the ZANC Youth League,” Shivambu said in a statement. Shivambu, and the expelled former leader of the ANC Youth League, Julius Malema, recently said they would possibly contest next year’s elections with the “economic emancipation movement” they formed, the Economic Freedom Fighters. DM