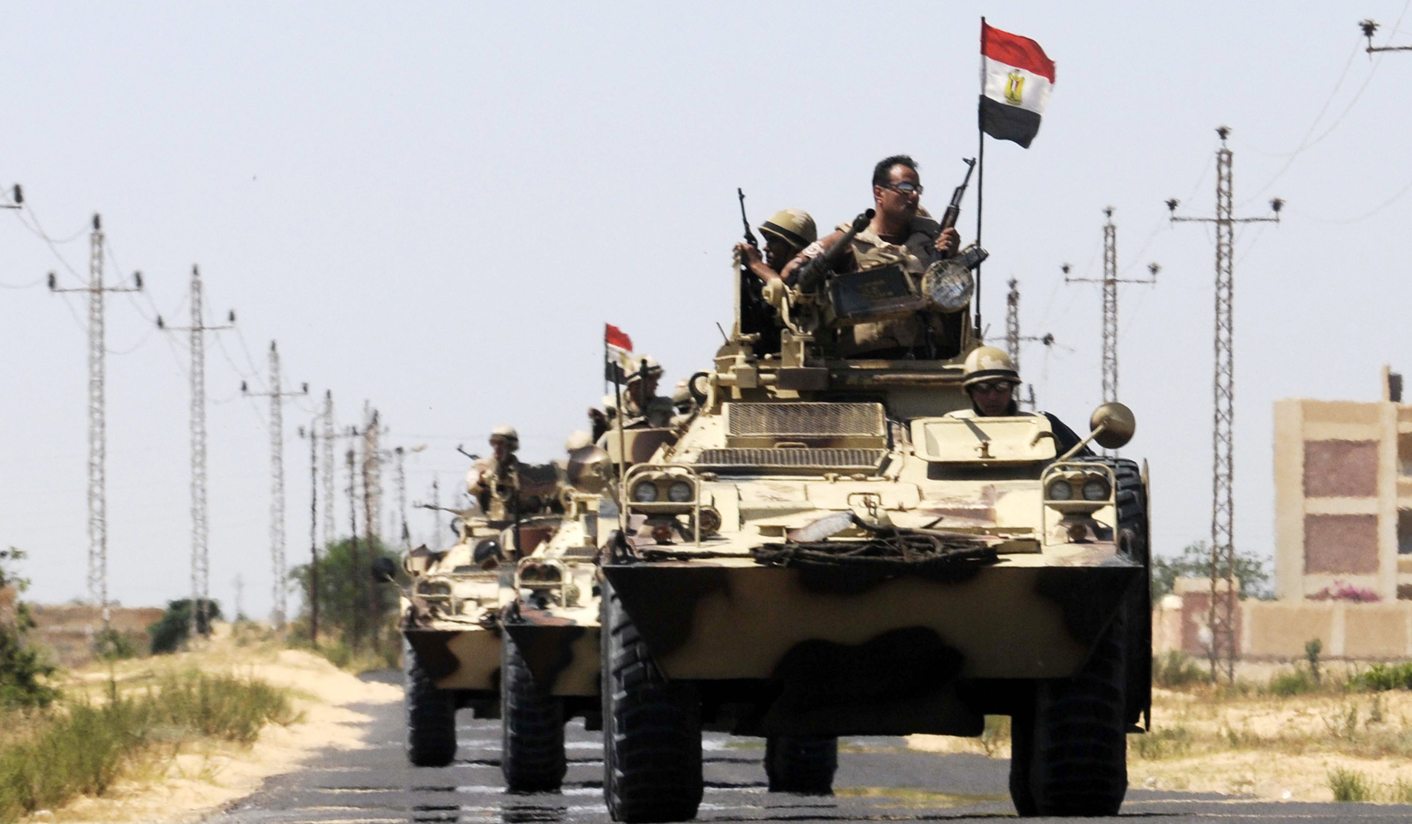 Egypt's army stepped in to a deepening political crisis on Sunday to demand that the Islamist government and its opponents settle their differences and warned that it would act to stop violence spinning out of control. By Shaimaa Fayed and Alastair Macdonald.

Issued a week before mass rallies to demand the resignation of President Mohamed Mursi, and following days of friction and increasingly aggressive rhetoric between factions, the statement by the armed forces chief was the most powerful since generals ceded control to civilians after Mursi’s election a year ago.

“There is a state of division in society,” General Abdel Fattah al-Sisi said on Facebook. “Prolonging it poses a danger to the Egyptian state. There must be consensus among all.

“We will not remain silent as the country slips into a conflict that is hard to control.”

There seemed no direct threat to the president from an army that seems to accept its new constitutional role. After Mursi met Sisi, a presidency source called it a “positive statement” reflecting the army’s “patriotic role” and “aimed at defusing the rising tension between the different political factions”.

But it adds to pressure on Mursi and his Muslim Brotherhood to include opponents in rapidly forging consensual policies to address Egypt’s economic and social problems. For liberals, too, who also welcomed the statement, it also pushes them to abandon their campaign to overturn last year’s election result.

A military source said clashes, aggressive rhetoric and damage to property in recent days had prompted the intervention, in which Sisi warned of a “dark tunnel” ahead and urged leaders to use the days before the protest rallies to find agreement.

Some Islamists who staged a rally on Friday in support of Mursi derided the military, which oversaw decades of oppression. Two men died on Saturday as a result of factional fighting.

“He is stepping closer to the centre stage of politics,” Gamal Soltan, a political analyst, said of Sisi. “This is the strongest statement from a military official … This is explicitly saying the armed forces will intervene.”

“WILL OF THE PEOPLE”

Neither the Islamists nor their opponents want a return to the six decades of effective military rule they thought they ended with the overthrow of Hosni Mubarak of 2011. Yet some Egyptians, frustrated by deadlock, have called for the army to resume the managerial role it took on after pushing Mubarak aside.

The army is held in high esteem by nearly all Egyptians.

Sisi, appointed defence minister by Mursi, insisted he would defend democracy and many analysts believe the army, which has major business interests, is content with its new status.

“The will of the Egyptian nation is what governs us and we protect it with honour,” Sisi said. “We cannot permit a violation of the will of the people.”

That language implied reproach to both sides – suggesting he disapproved of opposition hopes of overturning Mursi’s election but also the president’s inability to overcome furious criticism of the Islamists to persuade his opponents to cooperate.

“The army is trying to send a signal to both sides,” said Nathan Brown, an expert on Egypt’s transition at George Washington University. But because elements in the opposition favoured an army move against the Islamists, he added: “This statement will please one side more than the other.”

The Muslim Brotherhood turned their organisational strength, built up over decades as an outlawed mass opposition movement, into success at the ballot box. But they have struggled to manage an economy in crisis or build acceptance for the government among liberal and other non-Islamist groups.

That polarisation has driven a petition campaign demanding Mursi’s resignation. Organisers say their 15 million signatures show Mursi, who was elected with 13 million votes, should quit. They plan mass demonstrations next weekend, the first anniversary of Mursi’s inauguration.

In turn, his Islamist supporters have taken to the streets in shows of strength, calling the opposition bad losers.

While Islamists point to the legitimacy of their electoral power, opponents accuse the Brotherhood of betraying the Arab Spring revolution by seeking to entrench the movement’s power.

They are wary of its association with hardline former militants such as al-Gamaa al-Islamiya, who say they will take up arms again if Islamist rule is overturned.

Khaled Dawoud, a spokesman for the National Salvation Front which backs the petition, called the army statement “very reasonable”: “We are facing direct threats from supporters of President Mursi to spill blood if we exercise … our democratic right to demand peacefully early presidential elections.”

A spokesman for the Brotherhood’s political party said it was studying the statement before making public comment.

Army spokesman Colonel Ahmed Ali told Reuters: “This was a supportive message that the army is sending to its people … The statement was meant to set out the army position … It cannot ignore anything that might threaten national security.”

Two men, both Islamists, died as a result of clashes: one was shot dead in Al-Mahalla Al-Kubra, north of Cairo, overnight; the other died of wounds sustained some days ago in Fayoum.

The Muslim Brotherhood described both men as “martyrs” and victims of “thugs” or “militia” from the opposition campaign. Brotherhood officials said they suspected Mubarak-era security officers were being paid to attack their supporters.

Highlighting mutual mistrust, the Brotherhood also denounced as a “political trial” a judge’s call for an investigation into its role in a mass jail-break during the uprising against Mubarak. Though Islamists control the executive and legislature, they view the judiciary as holdovers from the old regime.

A judge in the Suez Canal city of Ismailia, in acquitting a man accused of fleeing a local jail during the 2011 uprising, asked the public prosecutor to investigate what he described as a “conspiracy” by the Brotherhood and foreign Islamists to open up the prison.

Among those freed was Mursi himself, who was among hundreds of Brotherhood leaders rounded up when the revolution began.

The freeing of Palestinian militants from Hamas and Lebanese members of the Shi’ite Hezbollah militia, among others, has prompted accusations from the Brotherhood’s opponents that it connived with enemies of Egypt during the incident. DM

Photo: Soldiers in military vehicles proceed towards the al-Jura district in El-Arish city from Sheikh Zuwaid, around 350 km (217 miles) northeast of Cairo May 21, 2013. Egyptian army and police forces stepped up roadblocks in north Sinai in a hunt for militant Islamists who kidnapped seven security officers last week, a security source said on Tuesday. REUTERS/Stringer