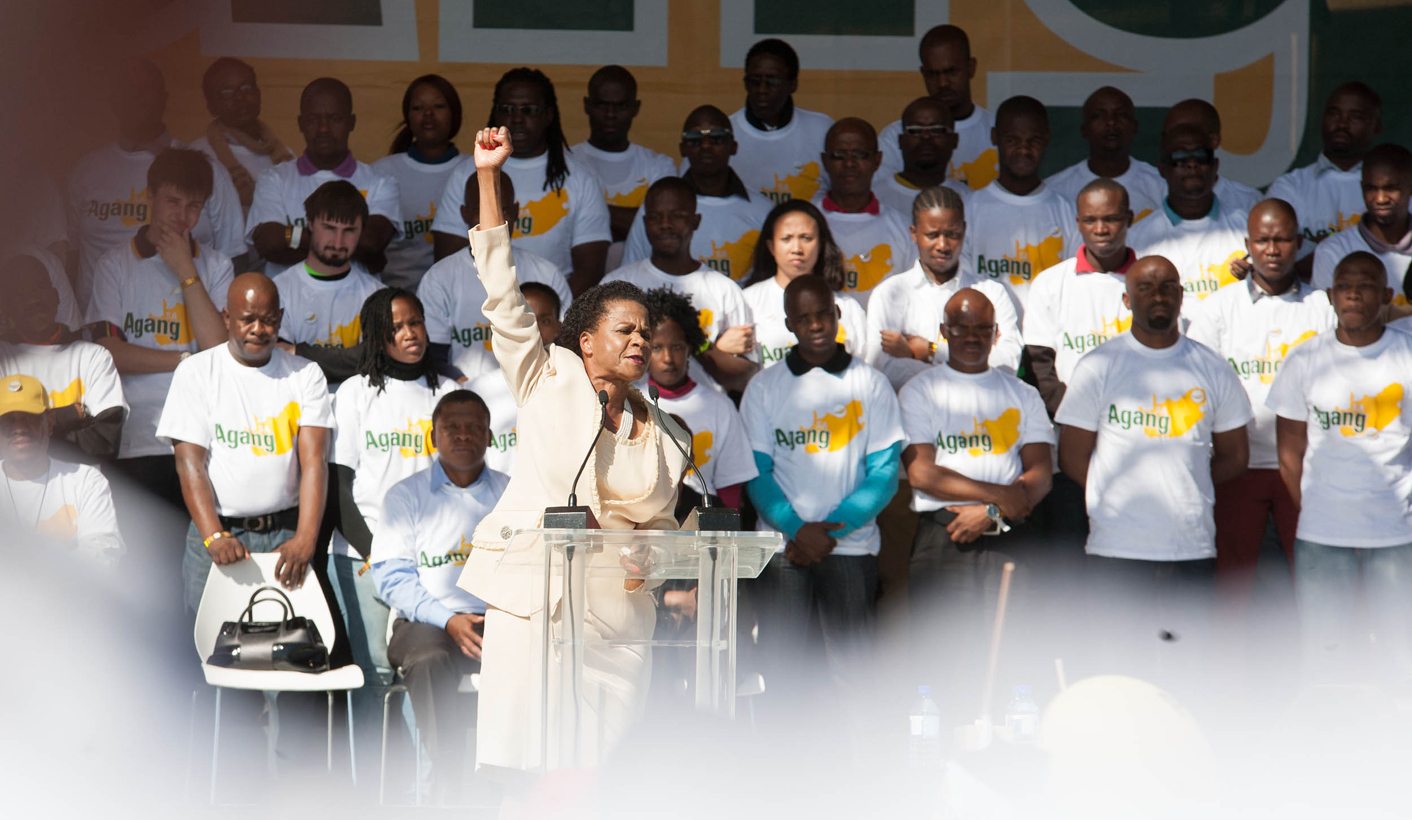 Thousands of people gathered at the Tshwane Events Centre on Saturday to celebrate the launch of South Africa’s newest political party, Agang SA, founded by Dr. Mamphela Ramphele. Here’s what some of them had to say about it. By JESSICA EATON.

Two hours before Mamphela Ramphele was due to take the stage at the Tswane Events Center to launch Agang officially, thousands gathered on the lawns and bleachers. Shading their faces from the blazing sun with party paraphernalia and South African flags, fans from as far as Bloemfontein and Kimberley waited in anticipation to hear more about the country’s newest political party.

It became clear, speaking to individuals in the crowd, that dissatisfaction and disappointment with the existing political options had attracted many in Saturday’s audience – people who had come in search of plans, not promises. South Africans, tired of lofty liberation language and a focus on the past, had come to support a woman with an agenda for the future.

After Archbishop Emeritus Desmond Tutu had expressed his support for Agang on Friday, many were curious to find out if the new party had already attracted any other household names to its fledgling structures. While there were no other big names unveiled by Ramphele, it was clear that she had already won over many of the South Africans in attendance.

Here’s what a handful of those present, including some Agang volunteers, told Daily Maverick.

“I decided to get involved because Mamphele says 20 years is too long; you can’t take 20 years to change South Africa to be what it can be. South Africa has recourses – so many resources – so why should we always give them away? Why are those people in government just eating our money? We pay taxes, but they take the money. What are they doing with it? The education system – they keep on saying it’s better, but then they have just reduced the pass rate to 30%. That is not better. Agang is going to focus more on health, on education, on the police services, and as I say, 20 years is too long. Someone who is going to vote for the ruling party as a young person – well, I would classify that person as something else. Someone who doesn’t understand what the politics are and what the government should be doing.”

“I’m only 17… I am here to hear Dr. Ramphele’s speech because I really admire her. I admire her charisma and her courage. You know how most of the people who actually fought in Apartheid are very quiet now, but she is very out there; she is speaking for us, and that’s why I came. I love the fact that she is a woman – it shows so much courage. Our Cabinet is full of males. This is actually quite different from most other party rallies, because it is a great mixture of different kinds of people, different races and different age groups and different gender lines. That’s what is really nice.”

“I want to join Agang. Agang is a Sotho word which means ‘build the nation’ or ‘to build’. And let me talk about building the nation: it means it’s time for whoever is a citizen of South Africa. As you can hear or see, people are not happy, and I am one of those who are not happy. It came to a situation where we really needed a change in South Africa. I’m feeling good. I really feel good about everything that is happening. It’s what I really want, it’s what I really need.”

“I’m here with my friend Karabo Motsola, who is the daughter of Moeketse Motsola. He is involved in the party. What I hope to see is what I have already seen: a lot of general excitement from young people about the foundation of the party and lots of fun singing and dancing, of course…I think I’m excited about another option for South Africans, just being able to have an alternative to what’s already there and to the corruption and difficulty of the government we currently have. I think giving people a choice is what allows for a true democracy.”

“I hope to hear her plans for all the promises she made, because those promises are promises we have all been crying for. And I hope that there are plans behind the promises to prove that she is doing something real, not like other politicians have been doing.” DM