The Mangaung losers’ club: Where to from here? 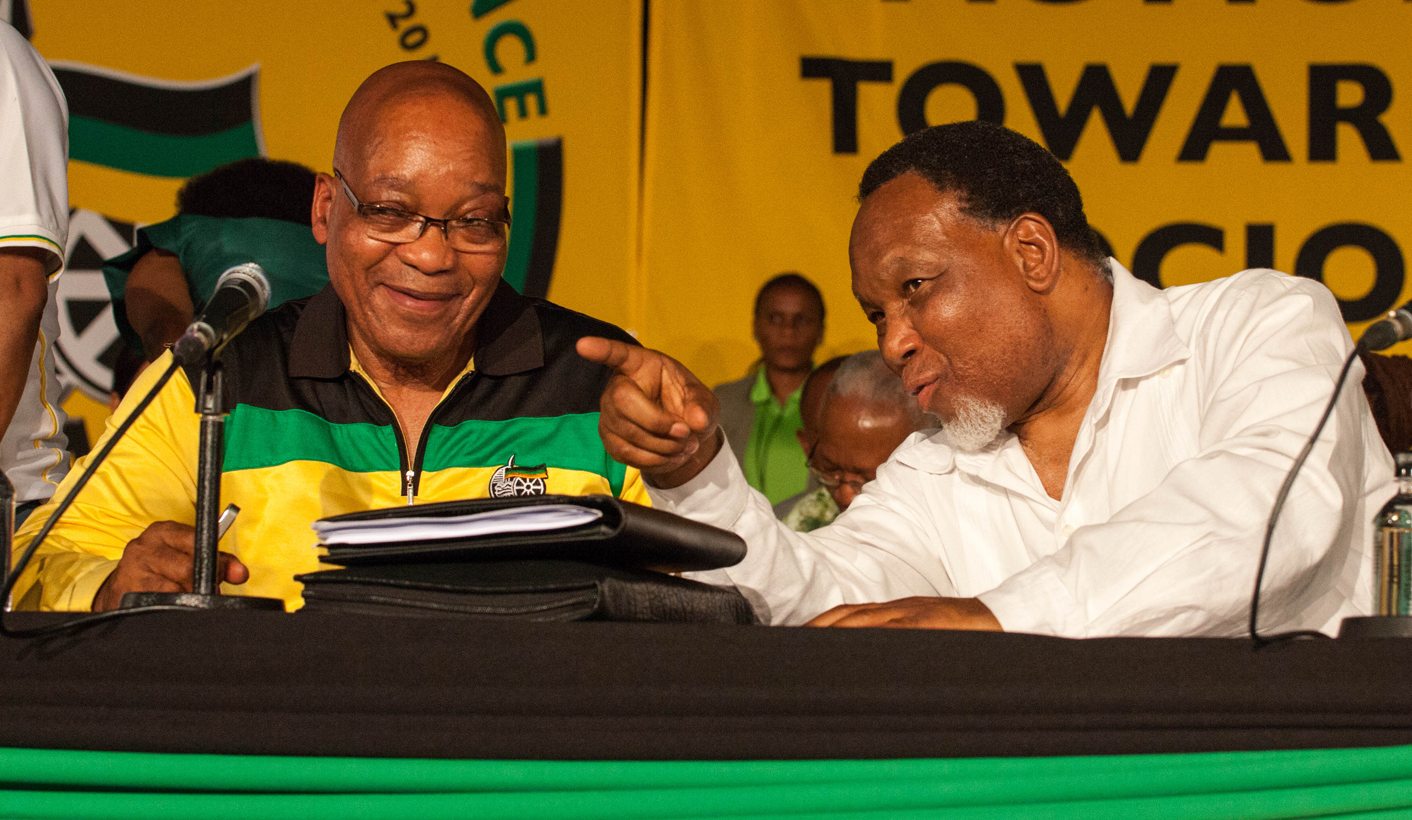 In politics you have moments when events happen, when processes climax, and the change comes. Then you have the settling of the dust, the working out of how things have changed, and finally the proper and full re-assessment of how the political world is now going to work. And then comes the peace, and the start of the new processes that will climax once again in distant future. After Mangaung, we're now in the phase where the dust has settled, sort of. It's time to look at what's happened to those who tried to raise it in the first place and how they could still influence who wins next time. By STEPHEN GROOTES.

By the beginning of December, we all knew that Number One was going to stay Number One. And that Number Two would be lucky if he could stay on as Number Two. It wasn’t hard to figure out. KwaZulu-Natal was the biggest province in the ANC, the Eastern Cape branches had been gerrymandered out of existence, and the province’s leaders had been hit on the head hard enough to ensure that there really was no contest. By the time the provinces had their provincial conferences it was all over, bar the actual voting.

This means that the height of the power of those opposed to Zuma actually came much earlier in 2012, or perhaps even earlier than that. If you had to pick a moment when their dream died, it was probably that chilly night in April, when a certain youngish, recently stout individual, was told to pack his bags and head off into the Seshego night. After that, the political deed had been done.

After Mangaung, Number One had to sit back and consider what to do with his enemies, those who had put their head above the parapet and dared to confront his power. Some of his supporters must surely have urged him to enact revenge. Certainly, as the crickets sang and Zuma drank the cup of victory, while his supporters downed Castles that December night in Bloem, much of the heady talk was about how long Kamikaze Kgalema would survive. And if he went, then what would happen to the rest of his sorry crew? Would Mathale get moered and Sexwale stuffed? And Fikile?

But Zuma, so far, has actually used the strategy he used so well after Polokwane. Keep your friends close, and your enemies closer. And more humiliated. Instead of going on a purge, he has instead allowed them to stay on. Careful to keep his perception as the country’s Number One reconciler, Mbalula and co. have kept their jobs.

But that doesn’t mean the knife hasn’t been twisted. Rather what’s happened is that they’re slowly being humiliated in the process of keeping their jobs.

In the case of Tokyo Sexwale, he’s staying on as Human Settlements Minister and gets to carry the can for not building houses fast enough. The only other time you hear from him is when Sunday papers break the law by publishing rather large headlines about his sad personal life. He perhaps has to endure one of the worst punishments for a politician: simply being ignored. No one wants to listen to him, and if he promised a warts and all interview tomorrow, he’d be lucky if it made page three.

However, Number One has a worse fate in store for some of the other (so far) survivors. Imagine being Ronald Lamola. Of being so scared of Number One that you rush around all the outside broadcast vans at Mangaung to make sure you’re on the airwaves as quickly as possible congratulating Number One on his victory. And then, he just goes and takes away all your power in the Youth League anyway, and appoints a National Task Team. So you’re basically reduced to nothing.

And then of course the doltish young lion who kind of got you into all of this decides to start his own party, something called Economic Freedom Fighters. So what happens? Lamola’s phone rings, it’s a Joburg number starting with the digits three, seven and six. Luthuli House. And you know what’s next. Out comes the prod, and off you go and start the ritual of condemning Malema’s move. Can there be anything worse?

Well, yes in fact, there can. Because it was Fikile Mbalula, perhaps more than anyone, who made Malema. He was, if you like, the Malema of our politics before Julius. Loud, insulting, crass, fast driver etc. And so now out comes the same prod, the same sharp implement. And off he goes, doing the interviews in which he himself has to condemn his own creation, and say that Malema is now doing the wrong thing etc. etc.

The fate of these individuals really is a warning to those who might again think of crossing Number One, to those foolish enough to say that they are going to somehow agitate for change.

But Number One will know that sometimes, in politics, examples must be made. If you want a peaceful second term, make sure those who you beat are seen to be beaten; ensure that it looks like there will be a high price to pay for taking you on.

But, the seasons will change again. Number One is probably at the height of his political power right now. How people perceive power is based on two major factors. The power you have now, and their perception of how much power you might have in the future. It’s when a president enters their final few months in power that they have the power of the office, but no one really cares. It’s why they waddle like a duck with a broken paddler towards the end.

So Number One has probably another two to three years until that same process starts for him. Because of the strange mismatch of the ANC’s election cycle and the country’s election cycle, the last year and a bit of a national presidential term really don’t matter that much when all the power is at Luthuli House anyway. So, relatively soon in fact, people will start to look at that second factor more, that Number One won’t be with us for that much longer, and so the power will ebb away.

And this is where the other main Mangaung loser starts to look important. The Gauteng province backed Kamikaze Motlanthe. And it’s too big to bully. It’s too important, to savvy, too close to the country’s media. While there’ve been one or two indications Number One may well have tried to turn the screw a little, it doesn’t look like it’s had any impact.

This is important. Because the chances are, when the race starts again, as the worm slowly turns, the race next time could have its roots in Gauteng.

We know that Cyril Ramaphosa must surely be the most likely contender. Someone in KZN will no doubt try and have a go. But it’s Gauteng that we need to watch closely over the next little while. That’s where this next race could well get its early momentum. In just a few short years. DM