Hundred years on, the Natives Land Act’s legacy is with us still 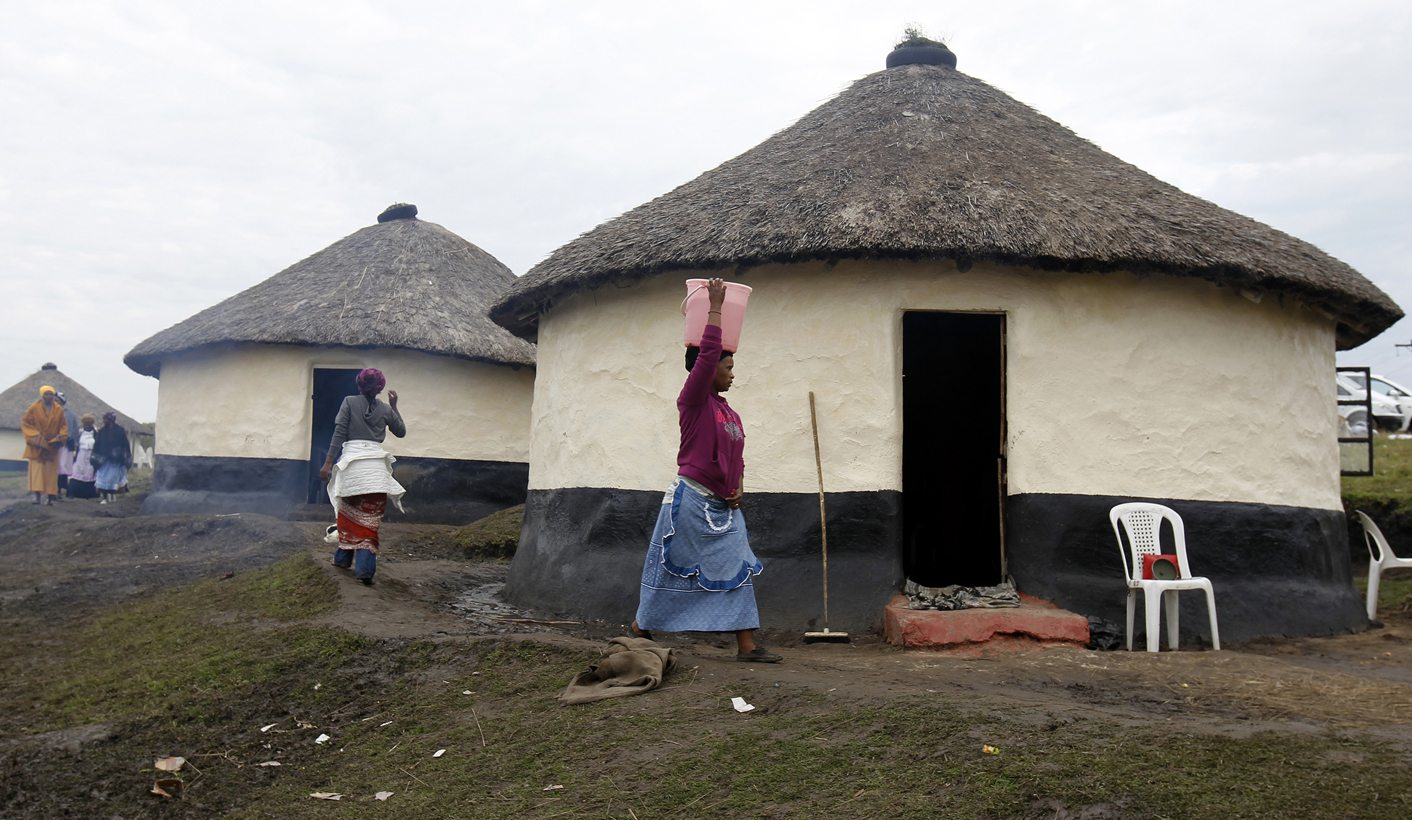 “Awakening on Friday morning, June 20, 1913, the South African Native found himself, not actually a slave, but a pariah in the land of his birth,” wrote Sol Plaatje. One hundred years ago today, the Natives Land Act came into being. REBECCA DAVIS reflects on the ongoing social consequences of this egregious piece of legislation.

Without the Natives Land Act, would South Africa have experienced the horror of Marikana or the upheaval of the Western Cape farmworkers’ strikes? Writing in April this year, historian Colin Bundy suggested that the 1913 Land Act had a powerful relevance to both events, because the 1913 law and its consequences “still shape rural South Africa”.

Bundy’s is a useful explanation of the historical context for the Land Act. Even though the 19th century frontier wars resulted in substantial land dispossession, Bundy points out that before 1910, some African pastoralist farmers still lived outside the “tribal reserves”, on land settled by their ancestors, even though it was now often owned by white farmers. In exchange for this access to land, tenants either paid a cash rent, paid white farmers in kind from the crops produced, or paid rent in the form of a certain amount of days’ labour per year.

Not all, crucially: in some cases, notes Bundy, “land was bought by modernising peasant families, wealthy enough to seek individual tenure”. In other cases, chiefs and their communities bought up large tracts of land.

But white farmers needed labour and the pre-1913 situation presented insufficient amounts of it. “The 1913 Act did not aim to move black people off commercial farms but to keep them there as workers rather than tenants,” wrote historians William Beinart and Peter Delius in the Mail & Guardian last week.

White farmers also didn’t want to compete with black farmers over land price. The 1913 Natives Land Act, which set aside just 7% of agricultural land for the use of black people, was designed to take care of these concerns. There was a further benefit for white rulers: the reserves to which black people were confined “created a physical and social space in which to contain large numbers of black people at minimal cost”. Bundy quotes Godfrey Lagden, the Transvaal’s Native Affairs Commissioner: “Every rabbit has a warren where he can live and burrow and breed and every native must have a warren too”.

In some areas, black families were able to continue living on white farmers’ lands and paying rent via sharecropping or occasional labour. But in the 50s and 60s, the state stepped up support for white farmers and the resulting mechanisation led to the eviction of hundreds of thousands of tenants. Those left became the farm labourers whose future struggles would go on to dominate headlines in 2012 and 2013.

Post-apartheid, the movement of blacks off the land has continued. “Some 2.4-million people were displaced from farms between 1994 and 2004,” writes Bundy, “just over half of them actually evicted, the rest because conditions on the farms deteriorated so much.”

The 1913 Act had consequences that pervade South African society to this day. For one, it “bequeathed the poverty of contemporary Limpopo, Mpumalanga, rural KwaZulu-Natal and the Eastern Cape”, Bundy suggests. For another, it set into motion the migrant labour system that would one day lead us to the door of Marikana. But despite this, South Africa has yet to see the sustained political organising of rural people. Writes Rhodes Politics lecturer Richard Pithouse: “There has never been a rural movement, or sustained rural struggles, in the same way that there has been a trade union movement since the 1970s or ongoing urban struggles since the 1980s.”

What can be done to address the legacy of the 1913 Natives Land Act? “To overturn the Land Act’s legacy requires confronting autocratic chiefly power and the denial of black land-ownership,” Aninka Claasens wrote in the Mail & Guardian last week.

But the ANC government has gone about this in a pretty strange way. “Its package of traditional leadership laws vests far-reaching, unilateral powers in chiefs, including apartheid-era appointees, while re-entrenching the deeply contested tribal boundaries of the former bantustans,” says Claasens.

One of these laws is the contested Traditional Courts Bill, but there are many others: 2003’s Traditional Leadership and Governance Framework Act, 2004’s Communal Land Rights Act, a number of provincial laws and the National Traditional Affairs Bill. Among documented abuses of chiefs’ authority, writes Claasens, are the denial of “proof of address” letters – necessary, for instance, to claim a child support grant or pension – to those who refuse to pay annual “tribal levies”; and the banning of community meetings which are not organised by chiefs, in some areas.

When it comes specifically to land, one of the most egregious aspects of the vesting of power in traditional leaders is their insistence that customary law precludes the possibility of independent land rights in the former bantustans. Even in cases where rural groups have won land restitution claims, notes Claasens, the Department of Rural Development has withheld the title deeds to this land under pressure from traditional leaders. One good reason for traditional leaders to wish to retain control of this land is the lucrative mineral deposits that often lie beneath it.

Last month, the Restitution of Land Rights Amendment Bill was published for public comment, to give those who missed out on the last land claims bill – which expired on 31 December 1998 – to lodge a claim for compensation. The process allows for those who were dispossessed of land rights after June 1913 as a result of “racial discrimination” to lodge a claim, as long as they were not paid “just or equitable” compensation.

“This seems at first to be a good proposition,” UCT’s Centre for Law and Society’s Tara Weinberg told the Daily Maverick on Tuesday. “It opens up the restitution process and allows those who didn’t get a chance during the last land claims act to lay a claim.”

But, she says, there are a number of problems with the bill. The amendment says, for instance, that the transfer of land is conditional on the cost: if it’s too expensive, it may not happen. It also makes the transfer conditional on whether or not the land will be used “productively”, which may be defined arbitrarily.

The same issue persists whereby communal property owners will find it difficult to request land to be transferred communally: “In the Eastern Cape we know there’s a moratorium on this as a result of chiefs’ complaints,” says Weinberg.

Weinberg says that the Centre for Law and Society attended a workshop in parliament a few weeks ago that offered some insight into what the government is thinking on these matters. It was worrying, she says, because it seemed to rehash a lot of the problems of the Communal Land Rights Act, seemingly asserting that communal land belongs to traditional leaders.

“This ignores the notion in living customary law that land rights are nested and interdependent,” says Weinberg. “Decisions were always made at various levels of the community, not just at the level of the traditional leaders.” The Centre fears that a number of alternatives being offered to the bill, after extensive consultation with rural people, are not being sufficiently taken into account.

“If you are living in a communal land area and you want to build on that piece of land, there’s very little way for you to keep that land secure,” Weinberg says. “Individual title doesn’t fit in that instance, so people are absolutely stuck and people whose lands rights are already vulnerable – such as women – are doubly stuck.” She suggests that there is an urgent need for parliament to listen to alternative rural voices on the manner in which living customary law informs relational land rights.

As things stand, it would seem that the post-apartheid government is not doing as much as it could to work past the legacy of the Natives Land Act. “One hundred years after the Land Act denied black land ownership, the ANC government is supporting traditional leaders in upholding this ‘tradition’,” Claasens writes. “Now, as in the past, a ruling elite has reached for the law to bolster its contested authority and monopolise land and other resources at the expense of the poorest.” DM

Photo: A woman carries a bucket of water ahead of the funeral of Mgcineni Mambush Noki, one of 34 striking platinum mineworkers shot dead at Lonmin’s Marikana mine, at his hometown of Mqanduli, outside Mthata, in South Africa’s Eastern Cape province, September 8, 2012. REUTERS/Siphiwe Sibeko