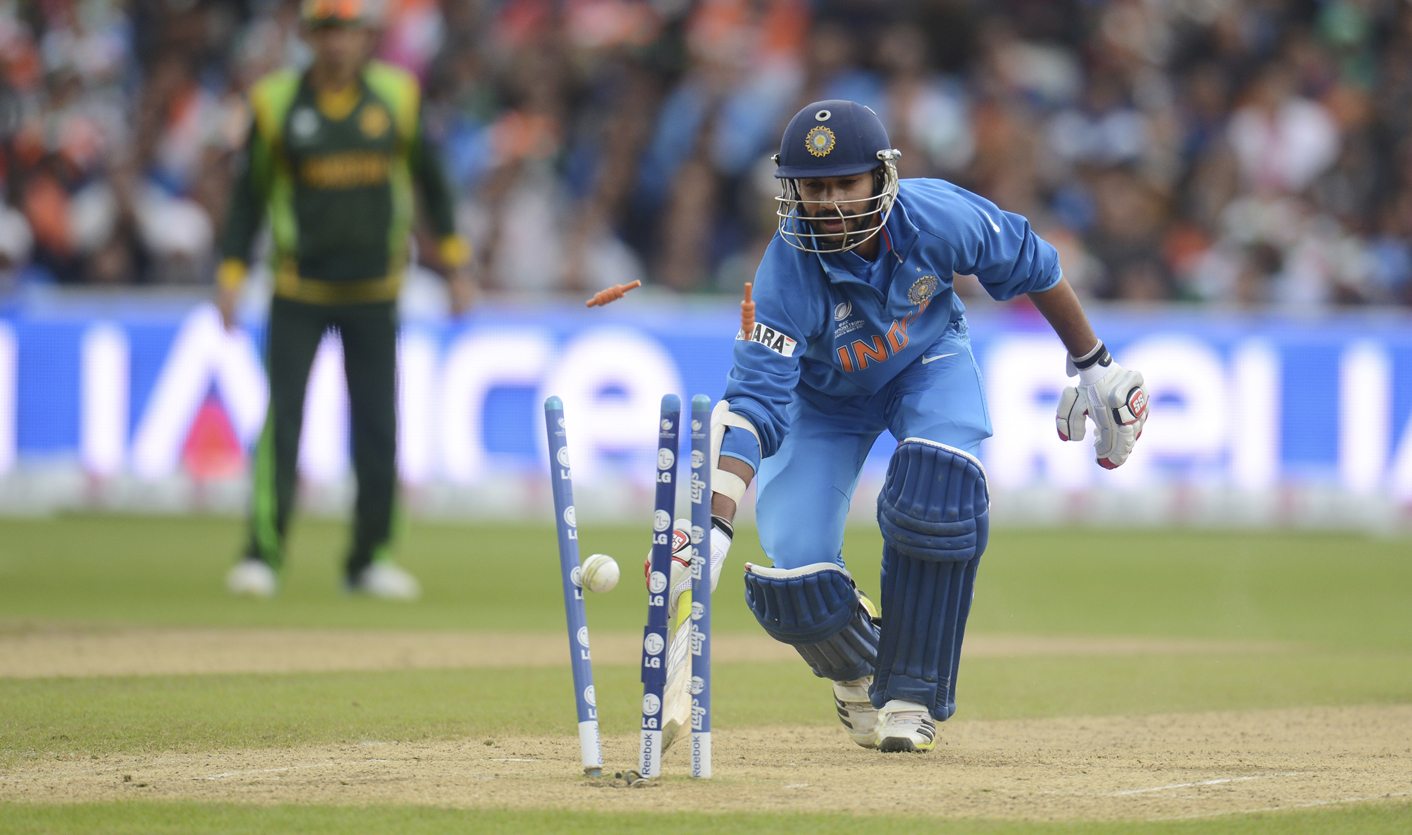 India and Pakistan squared off in a match completely irrelevant in context of the competition. India remained unbeaten, while Pakistan are being sent home without a single win under their belt. Coach Dav Whatmore was visibly irked and frustrated at the post-match press conference – and who can blame him? By ANTOINETTE MULLER.

You get dead rubbers and then you get dead rubbers doused in petrol and chucked onto a fire. The match between Pakistan and India on Saturday was the second kind of dead rubber, and even though it meant nothing, not even in context of the group standings, it at least provided splutterings of entertainment, no matter how one-sided, while the rain conspired to try and relieve Pakistan of some of their misery before India clinched an eight-wicket win on Duckworth-Lewis.

India won the toss and elected to field first and it was the same-old, same-old for Pakistan who soon found themselves in the familiar position of not many wickets down for not many runs and needing Misbah-ul-Haq to rescue them at a pedestrian pace – all while the rest of the team self-implode.

At 56-3, Mother Nature showed Pakistan some mercy and the heavens opened up for an apocalyptical storm to stop the match very briefly. With drainage at Edgbaston not the best, the first inspection of conditions after the rain let up led to another inspection and eventually play got back underway with the overs now cut down to 40 overs a side.

Pakistan did what they could with the limited resources available and while Misbah, who had not played in any of Pakistan’s group games, had failed this time, he managed a valiant 41 off 57 balls. But they failed to bat out an innings and with Duckworth-Lewis adjustments now a certainty, it was far from good enough to help the men in green post a competitive total.

The target was adjusted to 168 and while Mohammed Irfan and Junaid Khan started off well in their first couple of overs, Rohit Sharma warmed to them and he, along with Shikhar Dhawan, got right back to their merry ways of clobbering the new ball bowlers to all corners of the park. That was until the rain came down and play was stopped yet again.

India were miles ahead and had raced to 45-0 in just over eight overs, but Mother Nature was intent to ensuring Pakistan’s misery dragged on for as long as possible. When it was eventually possible for play to restart, the overs had been even further reduced, down to 36 with India now only needing 157 to win.

Saeed Ajmal managed a breakthrough before the rain came down again and the target was adjusted again to 102 in 22 overs with everybody, except for the mass contingent of Indian fans, seemingly wanting the game to end.

Pakistan managed to prevent Dhawan from getting a century, but it was almost as pointless as the context of the match between the two sides and India cruised to victory with 18 balls to spare.

It was one of the worst kinds of days for cricket with the stop-start frustration of it making it difficult to stay interested, but there was one massive lesson to take from it all. India’s bowlers continued to show that the rumours of their ineptitude had been greatly exaggerated. They might not have been entirely convincing in the tournament, but India are certainly looking the most impressive team of the tournament.

At the post-match press conference, Pakistan’s coach Dav Whatmore was a frustrated man. He was peppered with repeated questions of where it all went wrong, what the fans can expect for the team going forward, when is it going to get better, and so on.

“You don’t have to be Einstein to know that we haven’t scored enough runs this tournament,” was his one retort.

He’s right, of course. Pakistan, barring Nasir Jameshed, Misbah-ul-Haq and Shafiq, have scored just 174 runs in their three matches. Shikhar Dhawan has scored 264 runs on his own. Pakistan crashed out of the tournament without winning a single game – and when asked about just how much of a disappointment it was and who has to take the responsibility, Whatmore was visibly irked.

“If you look at the three games, the one that sticks in my mind is the first one. We had a good look at the pitch because we had a practice match, and we did well in South Africa. We knew if we lost the toss that we would need to do this, this and this. We didn’t do that and we were under pressure towards the end.

“Since that game, we’ve been a bit naughty with the bat. We haven’t been able to read this pitch here against South Africa, which can happen. It became a really difficult job to chase 230 against South Africa. It was very sluggish. We didn’t have the ability to play a game prior to that. I mean, these things happen, so don’t get carried away too much,” he added.

It’s hard to blame Whatmore for his frustrations. He can only do so much. You can lead a batsman to the crease, but you cannot prevent him from playing a dumb shot – not in Pakistan’s case it seems.

Their next assignment will only come later this year, against South Africa in the United Arab Emirates. There’s more than enough time to find a better balance and, perhaps, hammer some sense into some of their players.