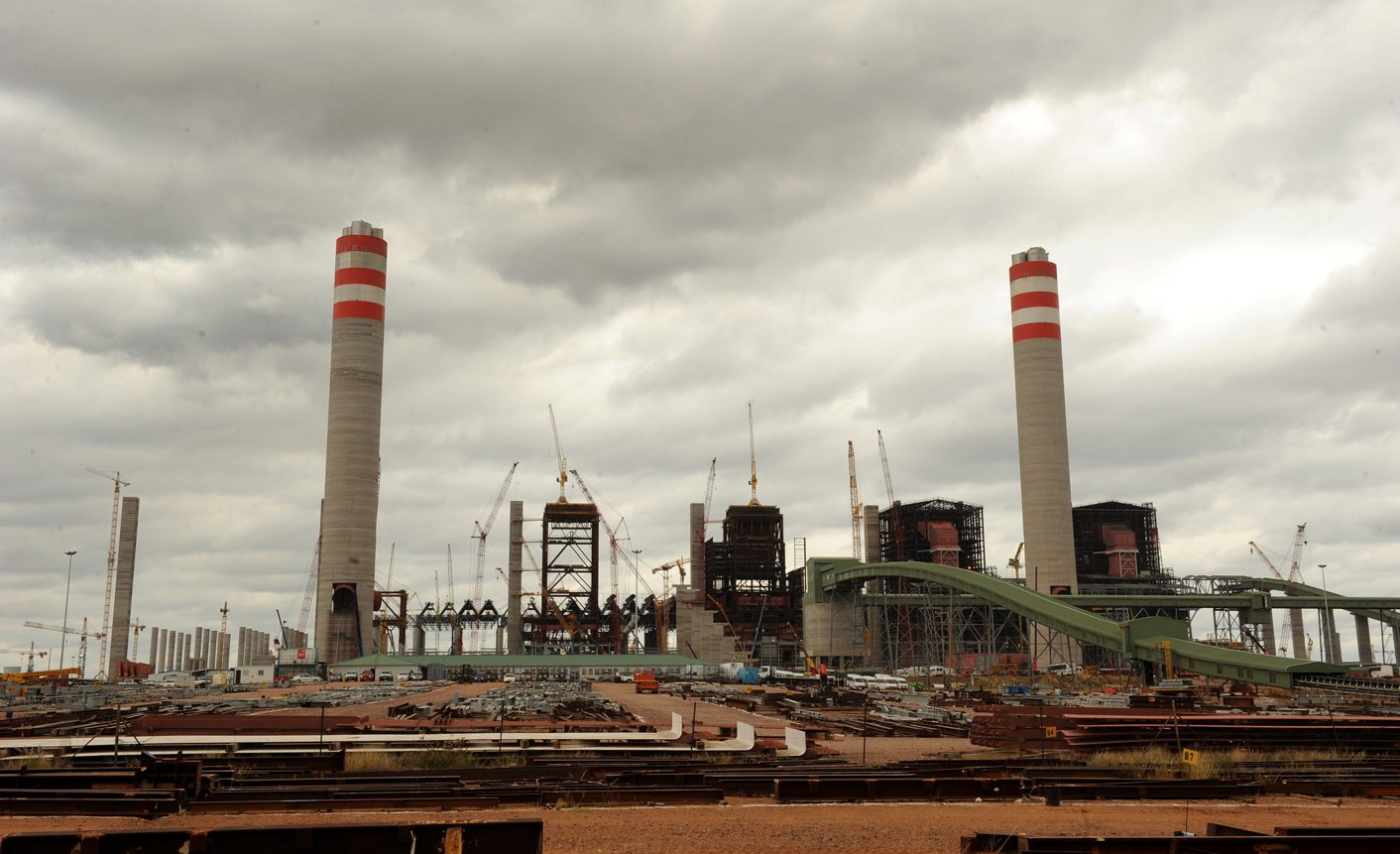 Despite repeated assurances by Public Enterprises Minister Malusi Gigaba and Eskom CEO Brian Dames, it is becoming increasingly unlikely that power from Medupi, South Africa’s first new base-load power station in 25 years, will be delivered into the national grid by the end of 2013. By CHRIS YELLAND.

Already more than two years late on Medupi, Eskom has blamed the absence of a funding plan, geological conditions, its major contractors Hitachi and Alstom, labour unrest by the construction site workforce and even its former construction execution partner, Parsons Brinckerhoff Power – but never itself – for the construction delays at the 4,800MW coal-fired dry-cooled power station.

The bottom line, however, is that Medupi should have had 2,400MW of commercial power on stream by now and the base-load power capacity shortage resulting from the delays is throttling economic growth in South Africa and weakening the currency.

Ultimately, however, with Medupi not being a turn-key project and the utility instead placing all major contracts directly, Eskom inevitably takes on the overall role and responsibility for coordinating, managing and commissioning the project itself.

A R125-billion engineering, procurement and construction (EPC) project of this size, with about 40 main contractors, hundreds of subcontractors and some 17,000 workers on the construction site, is bound to be fraught with financial, contractual, labour, safety, technical, completion time and performance risks – and requires extremely close project management and attention at all levels.

In April this year, Eskom has publicly announced that it had serious problems with its control and instrumentation contractor, Alstom. By late 2012, the boiler protection and the balance-of-plant software had failed acceptance tests in France three times, threatening first power from Medupi by end 2013; in March 2013, Eskom called in Alstom’s performance bond.

Asked last week whether the software has since passed the acceptance tests, Alstom would only say: “We confirm that tests are ongoing at this time, and we are closely collaborating with Eskom,” and: “Alstom remains committed to delivering on the Medupi project on time.”

However, Eskom advised that the software is still not to specification. Although the balance-of-plant software failed again last week, Eskom says the defects are fixable on-site. Acceptance tests on the more critical boiler-protection software have been delayed, but will start this week and will take a further three weeks to complete. Eskom says there will be no compromise on safety.

Eskom’s problems with Hitachi Africa, a company 70% owned by Hitachi Europe and 25% by the ruling African National Congress party in South Africa via its investment wing, Chancellor House, and contracted to build the twelve 800MW coal-fired boilers at Eskom’s Medupi and Kusile power stations, have also been widely reported.

In early 2013, Eskom gave notice to Hitachi of its failure to meet various performance guarantees relating to boiler tube welding quality and procedures and placed the company on terms to rectify the matter – failing which it would call in Hitachi’s performance bond. According to Eskom, Hitachi subsequently did not comply with the notice, and on 12 February 2013 the boiler contract bond was called.

However, the next day, Hitachi obtained a court interdict suspending payment of the bond. It is believed that Hitachi claimed that labour unrest at Medupi, which resulted in a 10-week closure of the construction site by Eskom this year, had impacted adversely on its ability to timeously rectify the welding problems that had arisen.

Eskom immediately applied for leave to appeal, which was granted. But then on 21 February, before the appeal was heard, Eskom and Hitachi reached an out-of-court agreement extending the performance date to 31 May.

With 31 May behind us, and asked whether it had since met its performance guarantees, and if not, whether it would now forfeit its performance bond or further oppose Eskom, Hitachi replied: “Unfortunately we cannot provide the information requested at this time.” But Hitachi did confirm that: “All our remaining work can be done within the given time-frame, however our remaining risk is related to further industrial action.”

Eskom, on the other hand, has indicated that it wrote to Hitachi on 31 May 2013 and is currently evaluating Hitachi’s response.

In the meantime, Eskom’s finance director, Paul O’Flaherty, has moved to take control of site construction activities at Medupi, while Eskom has been working to stabilise labour relations on site.

After initially insisting that the site labour issues were not its problem but matters between its contractors and their own labour, Eskom appears to have belatedly come to the realisation that, whether it likes it or not, in its own and the national interest, it had to intervene to ensure consistent and acceptable treatment for all workers on the Medupi and Kusile sites.

On 12 June, Eskom announced it was party to a new site-specific labour agreement, along with organised labour and the contractors who employ most of the labour, replacing the old project labour agreements. “Eskom is taking a much more active role in the labour relations on our project sites,” says O’Flaherty.

But while Eskom is putting in serious efforts to mitigate the problems of site labour unrest and the known issues posed by the boiler and control and instrumentation contracts, it is the grey areas and interface conflicts between contracts, and the problems that that will inevitably arise as commissioning of the first unit at Medupi commences, that may pose the greatest risks of all to electricity from Medupi by year-end. DM

Photo: Medupi Power Station near Lephalale in Limpopo as seen during a media visit on Thursday, 11 April 2013. When completed, the power station is to have six boilers each powering an 800 MW turbine, producing 4800 MW of power. Picture: Werner Beukes/SAPA