Peacekeepers behaving badly: Why South African ill-discipline in DRC is a UN problem 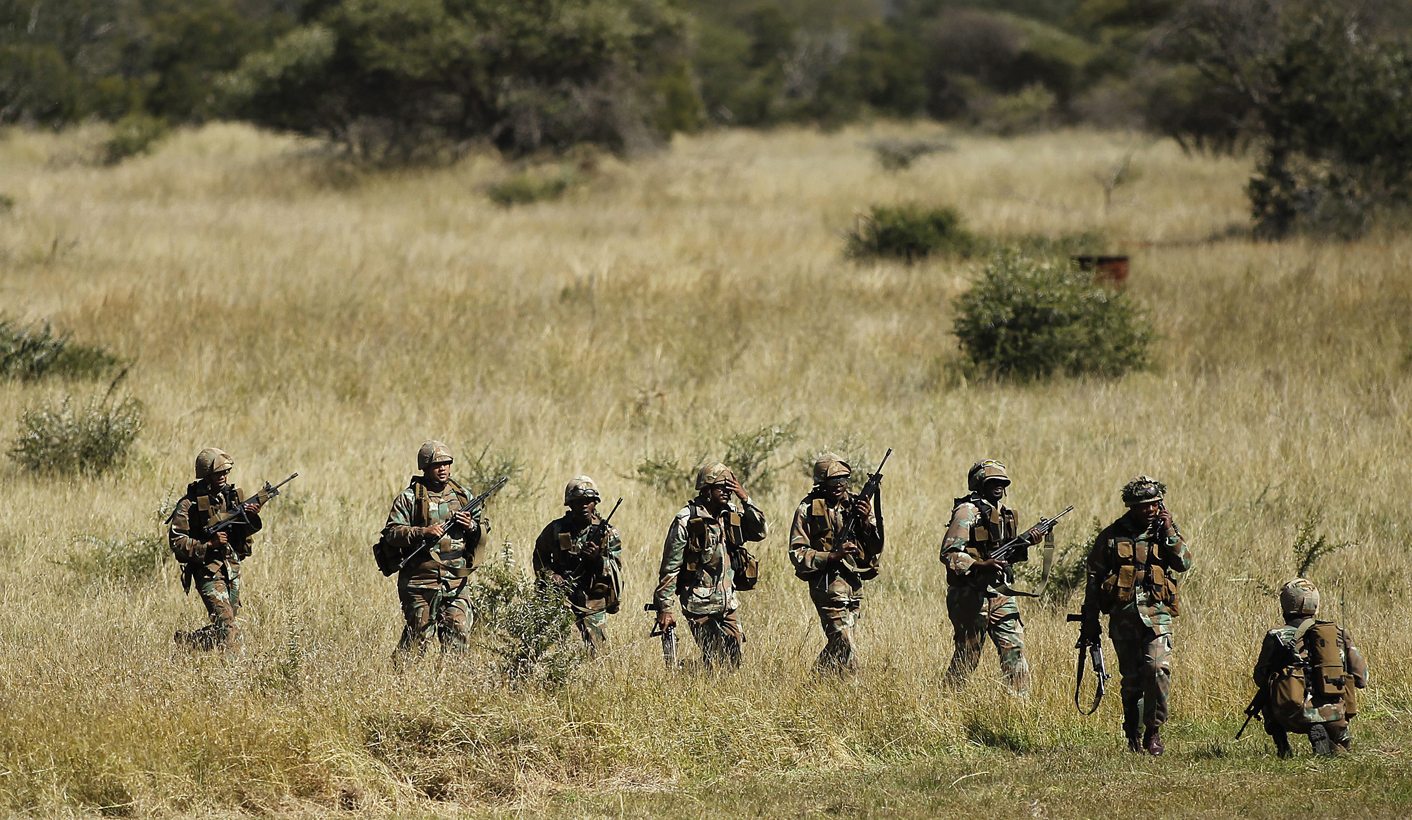 South African National Defence Force (SANDF) peacekeepers in the Democratic Republic of Congo (DRC) have had 93 cases of misconduct brought against them. Defence minister Nosiviwe Mapisa-Nqakula has lamented the ill-discipline of the South African troops serving in the Congo, but there is more to this than just the criminality of South African troops; it points to fault lines in the UN peacekeeping apparatus in the DRC. By KHADIJA PATEL.

This week, Defence Minister Nosiviwe Mapisa-Nqakula revealed to Parliament that 93 members of the South African National Defence Force serving in the United Nations peacekeeping force, Monusco, in the Democratic Republic of Congo, have had cases of misconduct brought against them. According to the minister, investigations were conducted against each of the 93 and, where applicable, troops met the “harshest possible sanction”.

Of those 93 cases of misconduct, the Democratic Alliance says at least 23 involve rape, sexual exploitation, sexual abuse and the assault of women.

In a statement released to the media, the Department of Defence and Military Veterans indicated that just four cases so far had been finalised and a conviction secured.

“All four have been dismissed from the SANDF,” said the statement.

“Minister Mapisa-Nqakula has expressed her personal intolerance to ill-discipline in the ranks of the military, particularly as it relates to reported incidences of the abuse of women and children,” the statement said. “She has made it clear that conduct unbecoming will be dealt with in the strictest compliance with the law and that there is simply no room for criminality and ill-discipline in a highly professional force like the SANDF.”

“It is completely unacceptable for the members of the SANDF, who are supposed to be a disciplined military force, to begin to mirror the behaviour of the national defence force and rebel groups in the DRC,” he said in a statement.

Military analyst Helmoed Heitman, however, believes that the statistics must be placed in context.

“Before we get too steamed up, we need to know what period this covers. Over the past decade we have had an average of 1,300 troops in the DRC, rotating on a six-month basis,” he said. “That adds up to 26,000 people, of whom 93 may or may not have committed a serious offence.”

Pikkie Greef, the Secretary General of the South African National Defence Union, also urged the DA to interpret the statistics with a more informed insight into the deployment of the SANDF to Monusco.

He says that in total, only 15 soldiers of the 93 mentioned in the report to Parliament were actually convicted of any misconduct.

Like Heitman, he believes the length of time in which these abuses took place must be taken into account.

“This in effect means that only 0.06% of all SA soldiers deployed were convicted of misconduct,” Greef says. “On average, less than two soldiers per year on deployment.”

He believes these statistics are actually favourable to the SANDF. “This is in fact an excellent military discipline record, by the standards of any military force including those of super powers like the United States,” he says.

Heitman, however, admits that the SANDF is faced with a “discipline problem”.

It is the incidence of sex crimes committed by members of the SANDF in the DRC that is particularly troubling.

The scourge of sexual violence and the use of rape as a ploy in war is well known to be part to conflict in the Congo. It has long been seen as a function and tool of conflict in the DRC: in 2011, a study on rape in the Congo published in the American Journal of Public Health found that 48 women were raped every hour in the country.

It is noteworthy that Minister Mapisa-Nqakula has indicated that no member of the South African contingent within the UNAMID in Sudan was being investigated or charged for misconduct.

As horrific as these abuses perpetrated by South African troops are, they are not the first occurrences of sexual violence in the UN ranks in the DRC in recent years.

Gerald Caplan, writing for Canada’s Globe and Mail last year, noted  that there was “a long and squalid history” of women being abused by UN forces in the DRC.

He relates the 2005 sexual exploitation and abuse of Congolese females by a small but significant minority of UN troops that led former UN Secretary-General Kofi Annan to describe the situation as “an ugly stain” on the United Nations.

“Even though many victims were unable or unwilling to identify their assailants, 63 soldiers were expelled from the mission and repatriated, while a zero tolerance policy was instituted for all cases of abuse by UN soldiers of local citizens,” Caplan notes.

It was, however, not effective.

“Human rights observers found that a child prostitution ring had been formed and some 100 UN troops from India were accused of paying for sex with young Congolese girls,” Caplan says. In this case, the Indian army blamed the UN for unjustly bringing charges against its recruits.

More recently, Professor Victoria Fontan, the Director for Academic Development and Head of Department of Peace and Conflict Studies at the University for Peace, Costa Rica, has written about Monusco peacekeepers who she says have continued the tradition of their predecessors by committing violent and abusive acts against Congolese women – often against underaged prostitutes – and getting away with it too.

“In a way, it is much easier to ‘address’ the sexual abuses committed by ‘savage’ Congolese, than to acknowledge the sexual violence brought in with peacekeeping contingents,” Fontan writes.

The DA’s Maynier says, “The Parliamentary question specifically probed whether the United Nations (UN) had been informed about the outcome of each investigation conducted by the SANDF. However, this part of the question was not replied to by the Minister and suggests the SANDF may not have fully cooperated with the UN in investigating some cases of misconduct in the DRC.”

The Daily Maverick’s own efforts to reach Monsuco were unsuccessful on Thursday, but it is this latter part of Maynier’s statement that is most significant. What must now be established is how not just the SANDF but Monsuco, and by extension the UN, deals with sex crimes committed by its peacekeepers.

Certainly the continuance of these acts significantly tarnishes the reputation of the UN as the new intervention brigade prepares to do battle against rebel groups in the eastern DRC. Many Congolese have already come to resent the UN, who, they say, are meant to bring peace to their land – but instead abuse the local population. DM

Photo: Members of the South African National Defence Force (SANDF) return after taking part in a Capability Demonstration at the Roodewal Bombing Range in Makhado, in the northern province of Limpopo, May 9, 2013. REUTERS/Siphiwe Sibeko