Portable flush toilets: What are they and why the fuss? 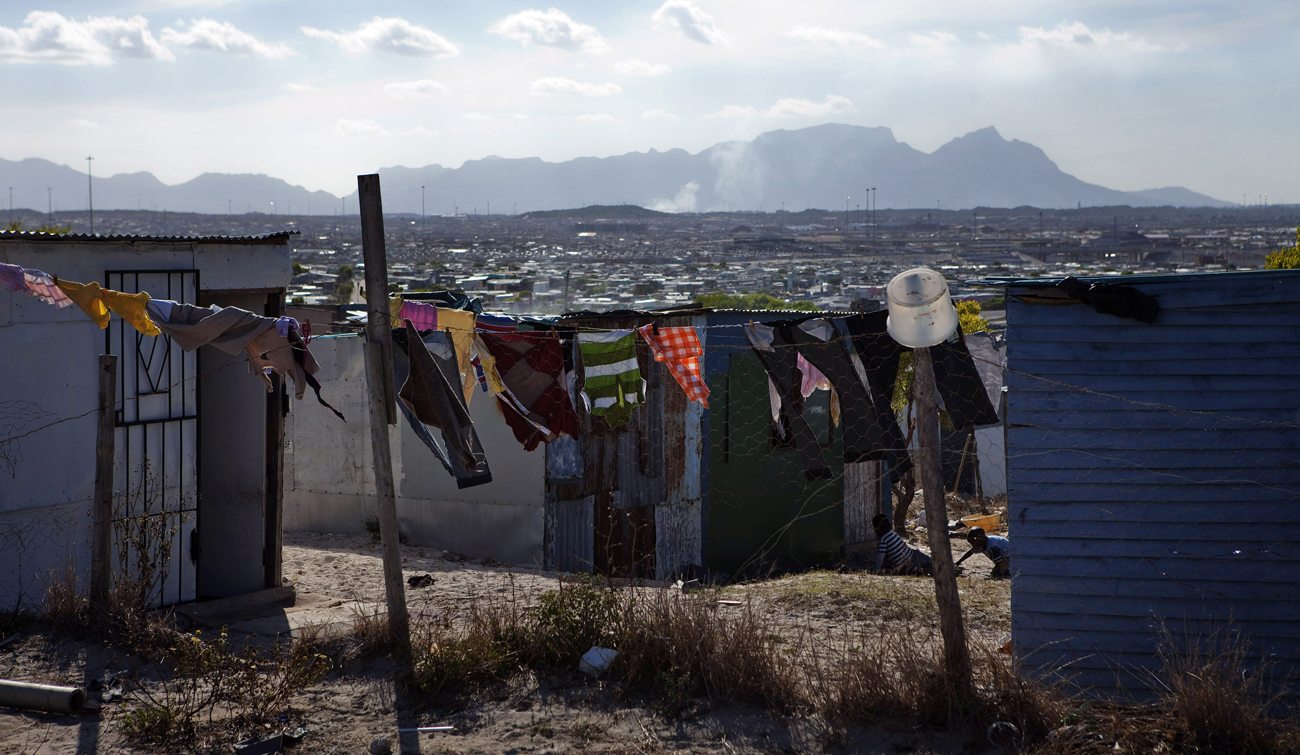 The public spats over portable toilets have been at the forefront of the news. But what exactly are portable toilets? How do they work? What is good and what is bad about them? By MARY-ANNE GONTSANA.

On Monday, former ANC councillor Andile Lili and others were arrested on their way to dump faeces and other refuse outside the City Council and Legislature.

A week before, Lili and ANC Youth league (ANCYL) member Loyiso Nkohla emptied portable toilets filled with human waste on the steps of the provincial legislature. Protesters in Khayelitsha threw human waste on a vehicle that Western Cape Premier Helen Zille had been travelling in while she attended a meeting in Khayelitsha.

In response to the misunderstanding that portable toilets do not flush, Zille wrote on her Twitter account, “The portable toilets ARE flush toilets. We offer them to replace the last remaining buckets.” The Premier also tweeted, ““No one has to use a bucket system in Cape Town. Everyone offered an alternative.” A report on the fact correction website Africa Check disputed this claim.

Portable flush toilets, or PFTs, are the replacements of what is known as bucket toilets or the bucket system. PFTs come in two parts, the upper part which is made up of the seat and the lower part where the waste goes. The toilet has a small lever that you pull to flush. The waste is carried to the bottom section of the toilet. It is cleaned using chemicals. A typical model is white and can hold 16 litres.

The lower parts of PFTs are collected from informal settlements three times a week. Though Khayelitsha has been the area where most of the protests on toilets have taken place, there are other areas in the city that also use PFTs.

Mayoral Committee Member for Utilities, Ernest Sonnenberg, said the City had recently rolled out 600 PFTs in the Sir Lowry’s Pass area. The City of Cape Town claims there are currently 11,307 PFTs in use across the City in different informal settlements and 958 bucket toilets.

However, the situation is actually more complicated than this. Gavin Silber of the Social Justice Coalition (SJC) is quoted in the Africa Check article, saying that many thousands of people who are not serviced by the City make use of their own buckets.

Cape Town Mayor Patricia de Lille wrote that the City was determined to replace any trace of the bucket with portable flush toilets. But what was of concern to the City was that 50 of the attachment tanks had been reported stolen and 6,000 units have had to be replaced because of high levels of wear and tear, at a rate far higher than initially expected.

“The City will do everything possible to ensure the effective rollout of PFTs and the complete eradication of the bucket system. However, we need the full co-operation of communities. The reality is that in some instances communities have rejected the use of PFTs for a range of reasons. This is regrettable as … it is often the only available toilet type for a community. This initiative needs to be seen against the background of [a] massively increased sanitation investment in sewage infrastructure which rose from R51 million in the 2006/7 financial year, to R130 million in the 2011/12 financial year.

Sonnenberg said some of the advantages of the PFTs were that they provided privacy, dignity, hygiene, and safety.

But is it this straightforward? Khanyiswa Gxotani from Khayelitsha’s BM Section has had a portable flush toilet (PFT) for the past three years. Though she says it helps her kids, she doesn’t use it.

“Personally I do not use that toilet because I don’t believe that it is dignified for an adult like me. I live in BM Section and I walk to M Section, which is about three minutes away, to use the normal flush toilets. Sometimes when I get to M Section there is a queue of people waiting to use the toilets because you find that some have been padlocked or they are blocked and not working. My PFT stays outside. I do not keep it in my house because it stinks and sometimes it leaks,” she explained.

“The City usually collects the toilet tanks three times a week, Tuesday, Thursday and Sunday. But these days they either come once or twice a week. Another thing is that we used to get two tanks to use but now we only get one. You find that once cleaned, they just throw the tanks in the area and then you must rush to go get one. By 7.30am there are no more tanks left because people have taken two or more for themselves. And because they throw the tanks, they get damaged which then causes leakage. Some of them have no tops to close the tank with, which is then useless to use. I remember one incident last month, when I went to fetch my child from crèche. When I got there about 40 of these waste tanks were sitting and had not been collected. The kids were playing right by those dirty smelly tanks. Those toilets are a lot of work but they are helpful for our kids. They don’t have to walk far to use a toilet day or night.”

Sonnenberg wrote, “PFTs are a temporary solution, the ideal sanitation option is a full flush toilet”. He explained that it is difficult for the City to provide full-flush toilets to areas prone to flooding as well as areas where there is a lack of space between shacks. “Due to these reasons a PFT is an alternative sanitation option.”

The SJC, which has been at the forefront of campaigning for proper sanitation in townships, said the biggest challenge with PFTs was maintenance.

General secretary of the SJC, Phumeza Mlungwana, said residents had mixed reactions to portable toilets. “Some like them because they are good for their children or disabled persons and others don’t because they believe that the City is just replacing temporary solutions with other temporary solutions. People want ordinary flush toilets. Maintaining the portable toilets is a mission because sometimes you find that they are not collected which then leads to people trying to clean the toilets themselves which is a health risk.”

On the dumping of faeces in protest, Mlungwana said, “We in no way condone what the ANCYL is doing, we all know that sanitation is a huge issue, but that is not the way to solve it. You cannot go around throwing waste to prove a point, that is just not on.”

The ANCYL has also condemned dumping of faeces. But there appear to be factions in the party. When we asked Nkohla if he was organising the demonstrations as an ANCYL member, he replied, ““I am involved as a community member … the people have called upon me and have called upon other leaders as well to come, to organise.” He further said, “When you are flushing in your own shack, it is not a flushing toilet. These [PFTs] are not flushing into the ground. It’s still the bucket system, and it’s degrading and dehumanising.” DM