NDP, the inter-governmental bone of contention 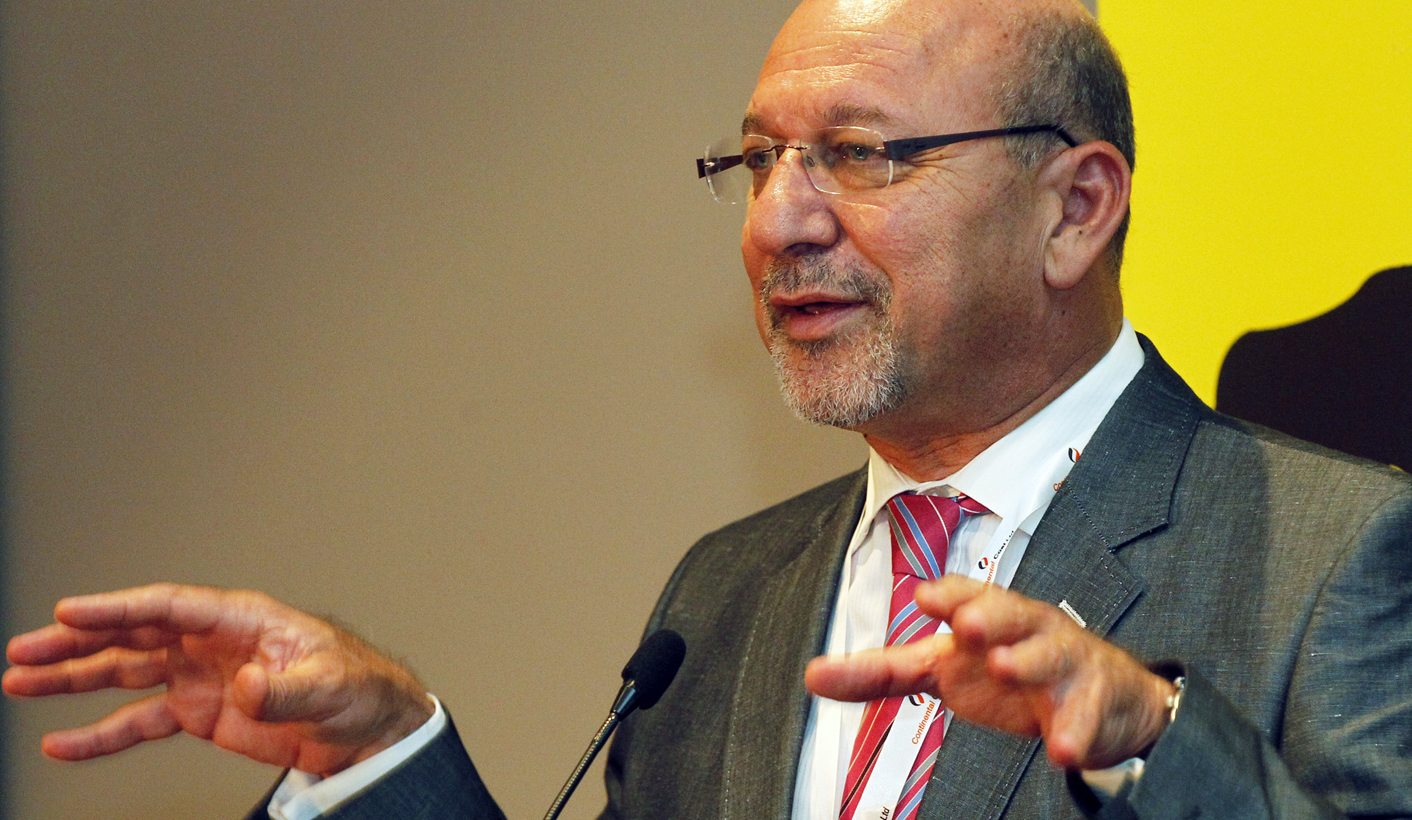 The National Development Plan was meant to be the best thing since Julius Malema’s expulsion from the ANC – except, of course, if you ask Cosatu. Still, it appears to be a source of quarrels within the government itself. By KHADIJA PATEL and GREG NICOLSON.

On Tuesday, Business Day reported that the National Development Plan’s (NDP) chapter on South Africa’s foreign policy had been rejected in its entirety by the Cabinet and subsequently rewritten.

The NDP has been punted vociferously by government as a panacea to South Africa’s woes. In one fell swoop, it meant to create jobs, eliminate poverty and boost economic growth in the country – the superhero the country has been waiting for.

But even superheroes have their detractors.

Until this week, the sole opposition to the implementation of the NDP appeared to emanate from the ranks of the country’s more militant trade unions, who have described the NDP as a document better befitting the mark of the opposition Democratic Alliance. From within the ANC’s tripartite alliance, the adoption of the NDP at the ANC’s electoral conference in Mangaung last December has been a source of strife between the ANC and trade union federation, Cosatu.

In March, president Zuma himself warned against opposition to the national plan. His message was a simple one – if you’re truly one of us, you’d best begin to sing the praises of the NDP.

“You may have views [on the national development plan], but you must respect the views expressed by ANC delegates in Mangaung. You must choose your words [when criticising], particularly if you are one of us,” Zuma said.

“It is important [to note] that the ANC members applied their minds in respect of the NDP. They started looking at the plan from the policy conference in June last year. Whoever criticises us must think twice. You can’t say we were sleeping. You may have views, but you must respect the views of ANC members.”

A month later, Zuma again promoted the NDP when he addressed South Africa’s top diplomats in Pretoria. He said:

“We are in a better space than we have ever been now that we have a plan around which to organise and unite everyone.

“It is not common to have a plan that is embraced by all people. The plan outlines the SA we want to live in for the next 20 years.”

And yet this latest demonstration of opposition to the NDP appears to emanate from within government itself.

So much for unity then, eh?

Lindiwe Zulu, President Zuma’s international relations adviser, dismissed the claims that the “addendum” that has now been submitted to Cabinet creates any sort of contradiction with the NDP adopted by the ANC and Cabinet.

Speaking to Daily Maverick on Tuesday night, Zulu said that as government departments have to implement the NDP over the long term, it makes sense for adjustments to be made if departments feel certain aspects have not been represented by the plan adopted by Cabinet. She dismissed claims that Cabinet had rejected chapter seven in its entirety, and said that further questions on why adjustments have been made should be put to the Minister of International Relations and Co-Operation, Maite Nkoana-Mashabane, and the ministers in the presidency.

Discarding the chapter entitled “Positioning South Africa in the World” may certainly prove a significant setback to the plan’s chances of ever being implemented as policy. But the leak to the media and the messaging from certain sectors of government since that leak, however, point to a sinister power play between members of President Zuma’s cabinet.

Nkoana-Mashabane’s department has been reluctant to offer comment on the Business Day report. A civil servant close to the department, however, confirmed to Daily Maverick that the department believed there were sound reasons influencing the decision to re-draft the NDP’s chapter on international relations.

“The input from the Department of International Relations was entirely ignored,” claimed the civil servant.

The offending chapter is said to have been written by a consultant “with no knowledge about the thrust and objects of South African diplomacy.”

According to a foreign policy analyst consulted by the Daily Maverick, who preferred to remain anonymous: “The NDP speaks to focusing trade and diplomatic efforts on the world’s fast growing economies, rather than on ideologically connected countries and old friends … and thereby marrying diplomatic and international economic policy efforts to support exports (and thus job creation). This is significantly at variance with the ideologically driven policies in the ANC’s foreign policy document that came from Mangaung.”

Among the recommendations from the original version of chapter seven of the NDP, South Africa is meant to scale down its ambition, closing some of its missions and revising the remuneration packages of diplomats.

The revision is said to be better attuned to South Africa’s foreign policy as it is actually being practised, and was written by, among others, the former deputy minister of foreign affairs Aziz Pahad and Professor of International Relations at the University of Johannesburg, Professor Chris Landsberg.

Landsberg did not respond to Daily Maverick’s queries.

As we understand, however, all that remains now is for Cabinet to approve the newly submitted draft – which raises the possibility that the leak of the re-drafting was itself a strategy to put pressure on Cabinet to shoo in the amended international relations chapter without too much fuss.

If, indeed, as our information claims, Dirco raised its objection to the original draft of the chapter “from the outset” and was ignored, then there is not a great deal of confidence that the newly submitted draft will actually receive the treatment its supporters seek.

The National Planning Commission (NPC) has declined to comment on the details of the Business Day report.

“If a body like the NPC were to engage in a tit-for-tat exchange, we would on the one hand elevate these individuals who are sources and faceless to have an official status while, on the other hand, the country’s policy making would be paralysed and its policies would be made on the basis of the lowest common denominator,” the NPC said in a written statement to the Daily Maverick.

“The NPC’s documents have been dealt with in an open and consultative manner and are a matter of public record.”

The NPC stressed that its documents were not sacrosanct and remained open to criticism.

“As articulated by the National Planning Commission’s Deputy Chairperson, Mr Cyril Ramaphosa, last week Friday, we never argued that our documents are perfect, and we welcome criticisms,” the Commission said.