Champions Trophy: The unbearable heaviness of being Misbah-ul-Haq 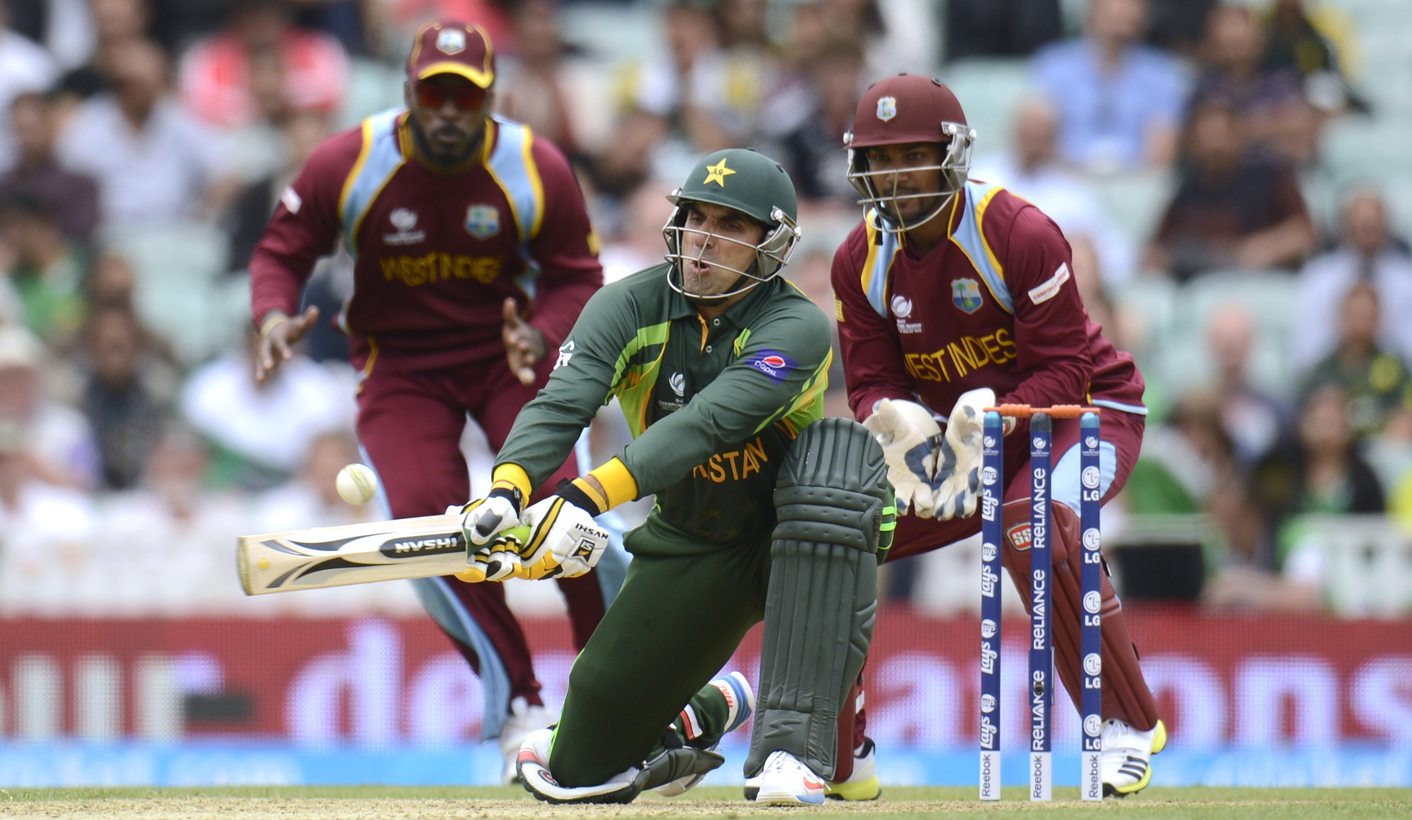 Misbah-ul-Haq is Pakistan’s trump player, and in the face of adversity, he has stood out - yet he was still booed at the post-match presentation after his side’s defeat against South Africa on Monday. He took the criticism in his stride, although it must be unbearably frustrating to be in his position. BY ANTOINETTE MULLER.

There are few men as likable and approachable as Misbah-ul-Haq in world cricket. His brutal honesty and his disarming smile make a breath of fresh air in an environment littered with media-trained Stepford cricketers. He’s 39, a late bloomer who made his international debut in 2001, but who has made the most of his time in the spotlight.

He happily shares a joke in press conferences. When he was told that AB de Villiers thought the series loss against South Africa would impact his charges more than the Proteas’ loss in their warm-up match, he raised his eyebrow and laughed. After that game, despite winning, it was clear that he was a frustrated man. A contingent of Pakistan journalists gathered around him and shook his hands, sharing a few words in Punjabi. A few revealed afterwards that he had a lot to get off his chest, stuff that is best left for off the record – and so it will be, because Misbah is strangled by the shackles of expectation and a system which is failing him. A hire and fire culture akin to English football.

Following Pakistan’s loss against South Africa, the Pakistani captain expressed his frustration at the selection and the players who consistently failed to perform. He was brutally honest in his assessment, and instead of looking at the positives – of which there are some, of course – he let loose.

“At the moment, no-one is justifying their place in the team. No-one is getting runs. You think about selection after the tournament. We thought these were the best six batsmen in Pakistan when we came here. Again, it is about application and batsmen applying themselves. All the responsibility lies with the players.

“It’s really difficult when your batting is performing like that. It’s really disappointing. Even in mid-innings, it was less than six-an-over and it was very much like a Pakistan pitch. We’ve played time and time over on these sort of pitches. You can’t say the wicket was difficult.”

Pakistan can take heart from their bowling, though. Arguably the best bowling attack of the tournament, Mohammed Irfan, Saeed Ajmal and Junaid Khan, barring his off day yesterday, have been a pleasure to watch. The batting lacks severely, but that’s hardly the captain’s fault.

Yet Misbah simply can’t seem to get a break. Despite being Pakistan’s top scorer in two consecutive games, the skipper was booed by the large contingent of Pakistan fans who had gathered in Birmingham on Monday.

While some skippers might be infuriated or even annoyed by such behaviour, Misbah felt it was justified and took the criticism in his stride.

“One day it is zindabad, the next day it is boos,” Misbah said afterwards. “When you produce these sort of performances, they have the right to say this. The players need to take responsibility. If you are not delivering as a player, the team will suffer.”

Misbah has delivered, though. He scored an unbeaten 96 and a well-fought 55 in Pakistan’s last few matches. He fielded well beyond what his age would show and he is one of the few who seem to have the ability to rally and unite a Pakistan team who needs all the help they can get. But he can only do so much. Selection has hampered their progress in the last few years, but how are decisions on selection supposed to be made when a fallible first class structure is all you can go by?

One of the greatest tragedies for Pakistan lie in the lack of international cricket. After the Sri Lankan team bus was attacked there in 2009, Pakistan were made to become nomads and turn the United Arab Emirates into their home as no international cricket could be played there. On the surface, the impact of such a decision doesn’t seem too drastic and many will shrug it off,  but dig a little deeper and the problem becomes apparent to a ghastly degree.

That privilege, which most international teams take as a given, doesn’t exist for Pakistan. The youngsters, of course, can be sent away on A-team tours around the world, but it won’t be the same as playing in home conditions. It’s important that somebody assumes responsibility for the well-being of cricket in Pakistan, though.

Pakistan remain one of the most genuinely thrilling sides in world cricket – and that’s not simply because their performances are unpredictable. They possess the young talent, the will to do well and the experience to lead them down the right path, but they cannot do so alone.

On their last “home tour” against England at the start of 2012, Pakistan was outstanding, but the tour went without any sort of warm-up match involving anybody who might be on the fringe of greatness – or at least a shot at greatness.

That such opportunities are going amiss is a tragedy, not just for Pakistan cricket, but for anyone who loves the game. DM