Somalia: a ‘good news story’ that’s far from over 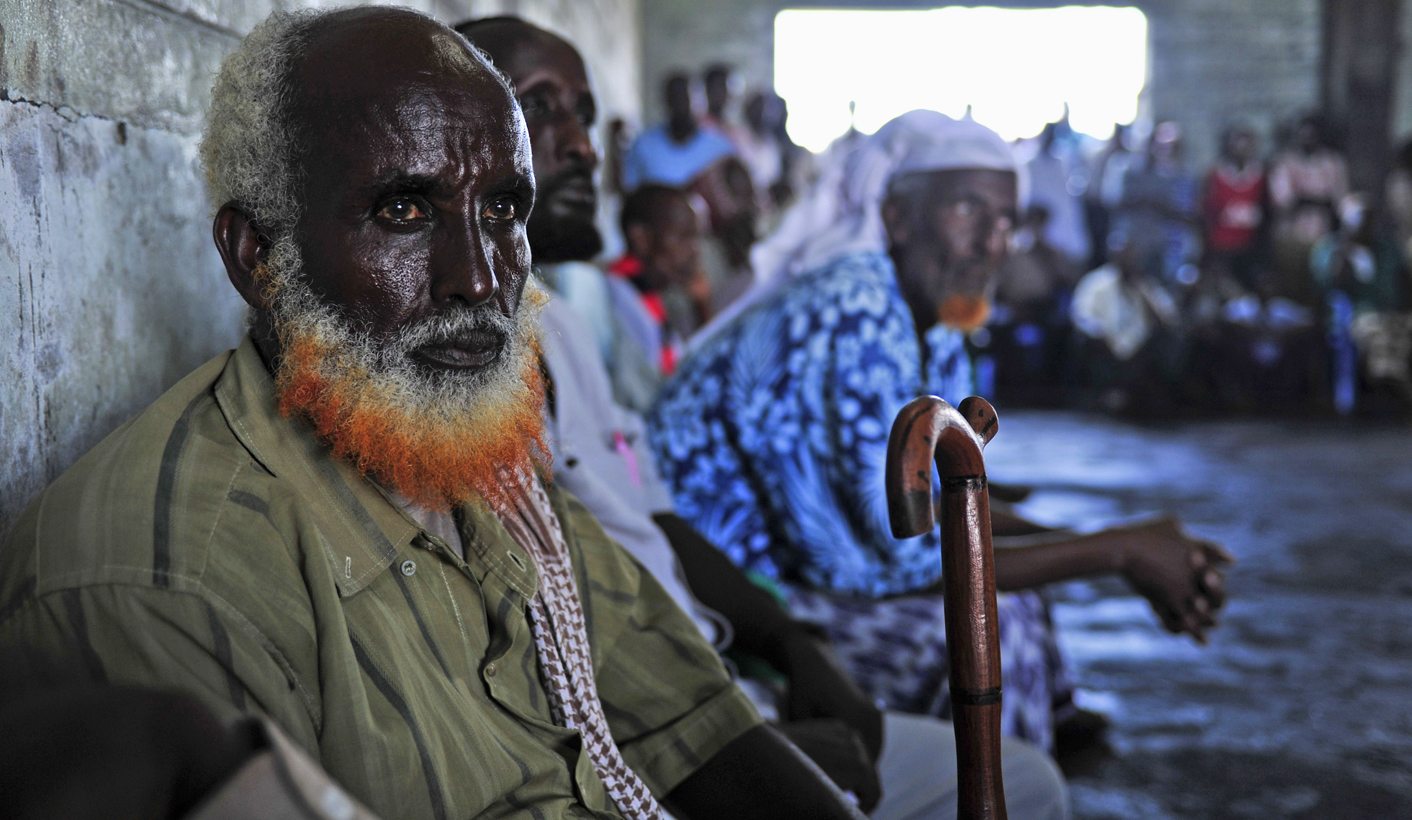 From being the world’s archetypal basket case for so long, suddenly Somalia is on the “road to stability” while donors and diplomats sing the praises of its new, untested government. The extensive African intervention in Somalia may have helped the country turn a corner, but it’s still too soon to tell for sure – and, in the meantime, the country’s myriad complexities (including the little-appreciated fact that Al Shabaab is down but certainly not out) risk being lost in the hype. By SIMON ALLISON.

When it comes to Somalia, there is a lot of optimism in the air at the moment. Al Shabaab has been vanquished! Stability is here! The diaspora is coming home! There’s a newly-elected government ensconced safely in Villa Somalia, eager donors are gathering funds for post-conflict reconstruction and Mogadishu’s stagnant social scene is coming alive with hip coffee shops, trendy restaurants and maybe even a night club or two (shh, don’t tell Al Shabaab).

In the narrative arc so often used to describe Somalia’s recent history, the climax of this good news story came late last September, when the internationally-blessed African Union Mission in Somalia (Amisom) forces took control of the port city of Kismayo, Al Shabaab’s de facto headquarters and main generator of the Islamist militant group’s income. The Battle of Kismayo, it was called in reverent tones, even though Al Shabaab slunk away without a fight, conspicuously failing to deliver the waves of bloodshed their over-exuberant spokesmen kept promising (at least we think so; Amisom boasted that they had incurred no casualties in taking the city, but they have a track record of drastically under-reporting casualty figures).

That this was a major blow to Al Shabaab is not in doubt. That this was the moment when the war against Al Shabaab was won – when Somalia’s bad news story turned into its good news story – may also turn out to be true. But perhaps we should leave these determinations to the historians, because it is too early for anyone else to make this kind of judgment. Truth is, Al Shabaab still controls most of Somalia, and where it doesn’t the country still faces many threats that are just as existential.

This week, the BBC published a startling map of Somalia, outlining who exactly controls which bits of the country. It’s a grim illustration, especially if you’ve been confused into thinking that Somalia’s fighting is over (on a radio show recently, a caller told me in all seriousness that “Somalia” was Africa’s greatest achievement).

In green, covering the largest portion of the map and completely encircling the capital, Mogadishu, are areas governed by Al Shabaab. These are mostly comprised of small villages and rural habitation, but they still cover a lot of ground.

Finally, there’s the land ostensibly run by the government. There’s not that much of it, and it’s a confusing hodge-podge of colours representing non-contiguous territories that are actually controlled by a number of different entities: pro-government militias; pro-government semi-autonomous administrations; militias supported sympathetic to Ethiopia; Ethiopian troops working directly with local militias; government troops working with Amisom; and Amisom troops working with local militias. Just about the only place that the government is actually secure in its rule is Mogadishu, and even there it is completely reliant on its Amisom protectors.

Quite obviously, this is not the sturdy foundation required by the new, post-conflict Somali state (build your house on a rock, the parable goes; not the shifting sands of greed, gunmen and tribal rivalries). And in case you’re still in doubt, let me refer you back to Kismayo where, it seems, the battle for control has yet to actually be won. Sure, Al Shabaab might have been kicked out, but that doesn’t mean the central government has a firm grip either.

Nine months after the offensive which was supposed to have ushered in a new era, Kismayo this weekend was the scene of vicious street fighting between rival militias which killed at least 18 people.

The main culprits, it seems, were fighters loyal to Ahmed Madobe, head of the infamous Ras Kamboni militia, an armed group that helped Amisom forces take control of Kismayo; and fighters answering to Iftin Hassan Basto, another local leader. Both have declared themselves president of Jubaland, the region of which Kismayo is capital.

The local fighting mirrors the chaos at a national level, although it’s hard to tell exactly who is fighting for whom. Various reports (denied by officials) suggest that Somali government soldiers joined in, supporting Basto’s militia, while Amisom troops deliberately turned a blind eye to the Ras Kamboni offences.

It’s important to remember that in Kismayo, Amisom effectively refers to the Kenyan soldiers which formed part of an intervention force in 2011 – what some have termed an invasion. While the end goal was always to root out Al Shabaab, Kenya has also been planning to establish and support Jubaland as a semi-autonomous region that could act as a buffer state between it and Somalia proper. The federal government, looking for more control not less, is not a big fan of this plan – perhaps explaining why the Kenyan Amisom forces and Somali soldiers might have found themselves on different sides of this particular fight.

The new violence, indicative of a failure to institute any real governance mechanisms in the area, threatens to have a knock-on effect in other parts of the country. Puntland’s vice-president Abdisamad Ali Shire has already accused the government of instigating the violence, and threatened to reassess Puntland’s relationship with Mogadishu as a result. “The clashes in Kismayo weren’t by chance; I believe they were carefully construed and planned by the Somali federal government,” he said.

Just as last year Kismayo was a symbol of Al Shabaab’s fall from grace, so this year it represents the chaos, uncertainty and continued violence that the Islamist militant group left in its wake, with rival militants vying for control complicated by infighting within pro-government forces and even within Amisom itself. With much of the country still in Al Shabaab hands, and even more of it not under the control of Mogadishu, it’s clear that Somalia’s good news story – if that’s what it turns out to be – still has a lot more drama in it. Everyone involved, in particular the international donors and diplomats who have been so quick to sing the new government’s praises, would do well to remember this. DM

Photo: Members of the business community in Kismayo attend a meeting with foreign journalists to discuss the recent liberation of the city by al-Shabab and the future of the region’s charcoal industry, in this handout photo taken and released by the African Union-United Nations Information Support team November 30, 2012. Kismayo was liberated from al-Shabab rebels nearly two months ago, when Kenyan and Somali government forces attacked the militants’ last bastion, and the return of relative calm has generated activity for the port. REUTERS/AU-UN IST Photo/Tobin Jones