SADC: In pursuit of an electoral ‘Made in Zimbabwe’...

SADC: In pursuit of an electoral ‘Made in Zimbabwe’ solution 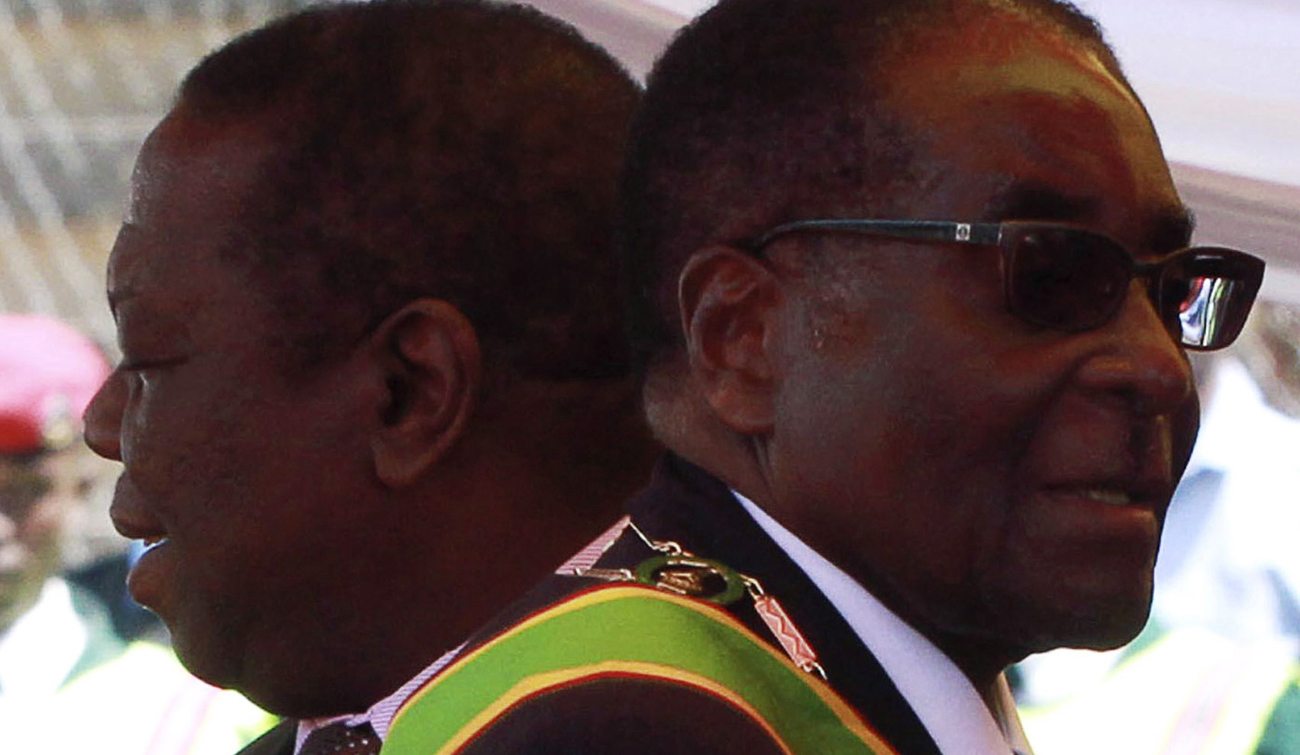 An extraordinary summit of the Southern African Development Community originally scheduled for last weekend to deliberate on matters related to the Zimbabwean election was postponed. Rumour holds that it was Zimbabwean president Robert Mugabe who refused to attend. With no new date set for the summit, the jury’s out on whether SADC can play good cop for elections to take place without too much ado. By KHADIJA PATEL.

On Monday, Zimbabwe began registering new voters as officials prepareD to meet a Constitutional Court order to hold presidential and parliamentary elections by 31 July. With the deadline fast approaching, Zimbabwean President Robert Mugabe says he will comply with the court order. His chief nemesis, Prime Minister Morgan Tsvangirai of the Movement for Democratic Change (MDC), has vowed to fight the court order.

The prospects for a free and fair election depend heavily on proper monitoring by Zimbabwe’s neighbours. But first, the 15-country regional bloc, the Southern African Development Community (SADC), must raise money for the elections.

Analysts believe that as the SADC prepares to bankroll the election, it is also up to the regional body to prepare the ground for a credible electoral process. It is up to the SADC, then, to ensure election process conforms to the new constitution.

“Although Zimbabwe’s main political parties supported the proposed constitution and the constitutional referendum was held in a relatively peaceful environment, there are concerns that the political stakes will be higher in the forthcoming elections and that this could result in violence,” Gwinyayi Dzinesa, a senior researcher in the Conflict Prevention and Risk Analysis Division at the Institute for Security Studies in Pretoria, wrote recently.

Zimbabwe’s Minister for Regional Integration and International Cooperation, Priscilla Misihairabwi-Mushonga, points to the survival of the Zimbabwean government of national unity as proof that such fears are unfounded.

“The coalition between different political parties holding divergent ideologies has led to fears among the international community concerning the capability of the government,” she said. “However, the survival of the government and the move towards democratic elections indicates the opposite and proves that the [government of national unity] is not a marriage of convenience.”

She credits the Zimbabwean government for reaching the apex of a fresh round of elections independently, but acknowledges as well that the assistance received from transnational institutions has aided this process. “[SADC] observers have remained in the country, and the international community has worked with the SADC,” she said during a Chatham House discussion on Zimbabwe in March. “SADC has helped establish clear standards that will ensure that Zimbabwe’s elections are fully free and fair; otherwise the country’s membership in the group will be jeopardised.”

Last Friday the Minister of International Relations and Co-operation, Maite Nkoana-Mashabane, was upbeat about SADC’s efforts.

“We are working together as a SADC member country, with the chair of SADC – Mozambique, and the Chair of the Troika – with South Africa as a facilitator  – for the final preparations for elections in Zimbabwe,” she said.

According to Nkoana-Mashabane, at its next summit, SADC members will receive a formal report on the roadmap towards elections in Zimbabwe “which is very much in line with the final elements of the conclusion of the implementation of the global political agreement in Zimbabwe”.

“What needs to happen now is that we need to continue working with the people of Zimbabwe, supporting a Zimbabwean, a ‘Made in Zimbabwe’, leading process that gives the roadmap towards free, fair, credible elections in Zimbabwe,” she explained.

The SADC summit was originally scheduled to take place over the weekend of 8-9 June in Maputo. It was cancelled with little explanation. Reports then circulated that the summit would take place on Tuesday 11 June instead, but proved not to be true. With nothing emerging to officially explain the postponement, reports of SADC’s efforts being thwarted by a defiant Mugabe have proliferated.

According to Reuters, a story headlined “Hang in there, the President is busy”, in the official Sunday Mail newspaper said Mugabe had not snubbed the meeting but would attend only after all legal requirements for an election by 31 July were in place.

“Confirmation of the meeting taking place, the answer is yes, the date, they are still trying to find a date that is most suitable for majority of the leaders to be present in particular the chair of the heads of states, SADC, Mozambique, the chair of the Troika- Tanzania, the country whose report will be received – Zimbabwe, the president who’s leading the facilitation team on Zimbabwe – President Zuma, and all other heads of states of SADC,” Nkoana-Mashabane said.

She is confident that there should be no obstacle to the meeting.

“The discussions around the meeting have taken place; what they looking for is a convenient date for all the leaders, and they are busy consolidating that.”

For now, though, we wait and see. DM