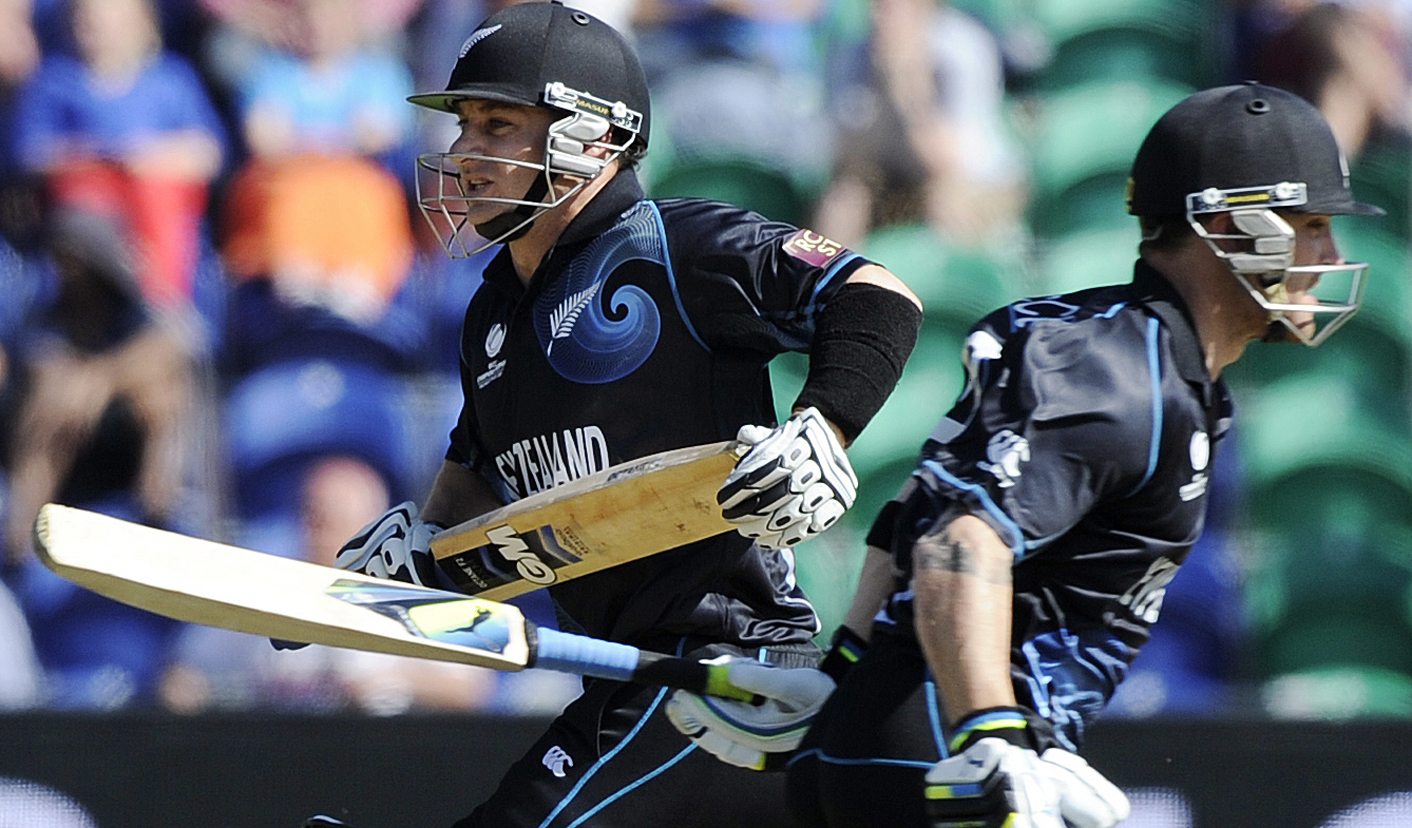 New Zealand and Sri Lanka squared off in what started as an understated affair but ended up being one of the most enticing clashes of the Champions Trophy. A fine effort in bowling all round ensured that the action never let up and that the competition was still resoundingly exciting even four days in. BY ANTOINETTE MULLER.

Much has been made of how cricket is increasingly becoming a batsman’s game, with new fielding regulations which many suggest suit the ones who wield the willow more than those who burn leather. New Zealand and Sri Lanka managed to prove quite the opposite on Sunday, however. The two sides showed that if the nuances of bowling are executed with surgical precision – even in conditions not entirely favourable to bowlers – things can get nail-bitingly exciting.

New Zealand managed a thrilling one-wicket victory, their first ODI win over Sri Lanka in four years. After Sri Lanka was skittled out for a measly 138, the Black Caps might have expected an easy win. With the sun shining and the ball not moving through the air, every side would fancy their chances under the circumstances, but it was quite the contrary.

It started well enough for New Zealand, who managed to make it to 48-1, but then imploded to 49-4 and then again collapsed from 70-4 to 80-6 as Lasith Malinga put on a stellar display of bowling. The only reprieve for the Black Caps was the fast bowler being taken out of the attack very briefly.  The quick eventually ended with figures of 10-2-32-4, but in the end New Zealand held its nerve with Tim Southee and Mitchell McClenaghan surviving the last assault from Malinga to help claim a one-wicket win.

Neither side batted for more than 38 overs and neither side managed to score more than 140 runs, but the match between the two sides in Cardiff was arguably the most exciting clash in the Champions Trophy yet.

After winning the toss and choosing to bat first, Sri Lanka was rattled first ball when Kyle Mills struck, thanks to a magical catch at first slip from Brendon McCullum. Much hyperbole will surround his efforts, but the Black Caps skipper flew through the air like a trapeze artist to pluck a ball destined for the boundary out of the air and set the tone for what was due to become a thrilling contest.

There was nothing particularly outstanding about New Zealand’s bowling. They stuck to clichéd basics and it worked: edges, leg-befores and some good old fashioned cartwheeling stumps all presented themselves as rewards for some good bowling. It was only Sri Lanka’s Kumar Sangakkara who managed to weather the storm, with his 68 off 87. He was one of three Sri Lankan players to make it into double figures, as they posted 138 all out in 37.5 overs.

While there were the odd loose shot, it was mostly a superb bowling display from both sides and Sri Lankan skipper Angelo Mathews credited the way New Zealand bowled and fielded.

“We could have toughened up a little bit more. I thought we could have had about 30, 40 runs. It will be in a different 30, but I thought the bowlers were absolutely brilliant, backed up by fielding,” Mathews said.

Mathews is still new in the role of captain: this match against New Zealand was the first time he was under the cosh, but he’s certainly no lone-horse in terms of leadership. Sangakkara, Tillikaratne Dilshan and Mahela Jayawardene all have experience in captaining, and Mathews had all the help any young captain would want from his teammates.

“I got a lot of support and advice from all the seniors. Special thanks to them. They were throwing their ideas on the table, and I just had to pick and choose,” he said.

Lasith Malinga was particularly impressive and Mathews used him well. Malinga, known mostly for his toe-crunching yorker, eliminated 22 yards of the pitch for the majority of his spell, and with a barrage of dipping low full tosses and yorkers, Malinga bedazzled both the batsmen and those who were watching. It was a rare treat in a unique kind of fast bowling, which served as a reminder of just how good one-day cricket can be when the playing field is levelled and there is something to play for.

Nathan McCullum top-scored for the Kiwis with 32 off 42 as part of a 35-run stand with his brother, Brendon McCullum. Nathan also claimed two wickets and his efforts earned him a man of the match award – and even if he is the older brother, it was Brendon’s seniority which helped him through today.

While many would be nervous in such a crunch situation, Nathan found it far easier.

“I used to be a lot more nervous when I was younger, but not anymore now,” he said, in his interview as Man of the Match. “Brendon has been around for a lot longer and he is the senior partner, and he was guiding us through with that partnership. It was about batting as long as we could. I think it is a massive boost as opposed to if we had lost out today. The mental baggage of the loss would have been a lot. It was not a 140 wicket, but things get difficult when the pressure comes on.”