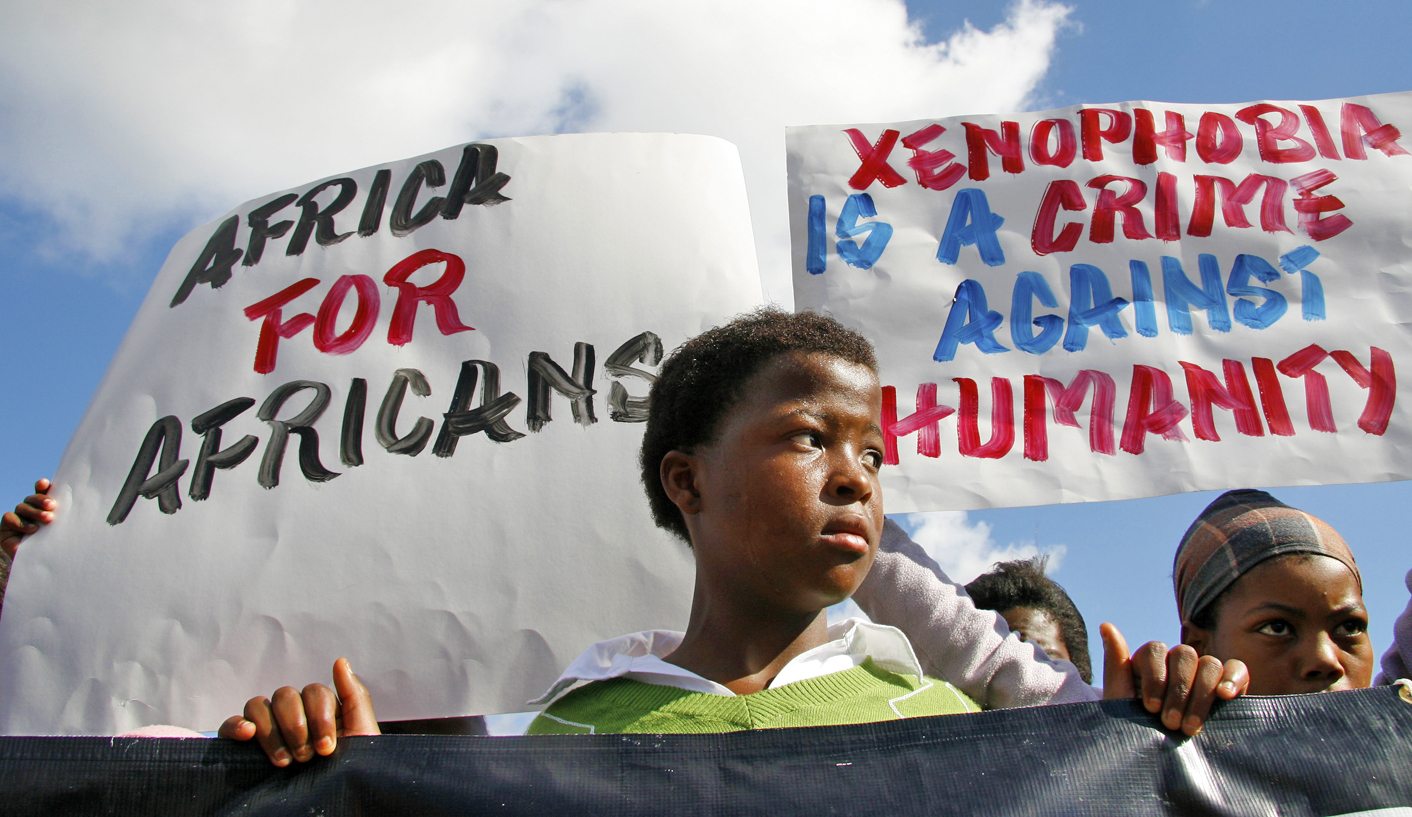 Government has condemned the recent spike in violence against foreign nationals in South Africa, insisting the attacks are motivated by crime and not xenophobia. By KHADIJA PATEL.

In the midst of what appeared to be a deadly upsurge in violence against foreign nationals spreading through the country last week, government insisted these acts of violence ought to be treated as criminal in nature, rather than xenophobic.

“Cabinet is cautious not to label this violence as xenophobia because preliminary evidence indicates that these acts may be driven primarily by criminality,” the statement on the Cabinet meeting of 29 May said.

Since then, however, a video emerged depicting a Somali man lying prone on a Port Elizabeth street while a mob – which included children dressed in school uniform – pelted him with stones, rocks and other heavy objects. The video momentarily shocked South Africans. Two days later, another video of a man dying at the hands of a mob in North West would emerge and a few days after that we’d learn about the Nigerian man who died at the hands of the police in Limpopo.

The video of the Somali man’s persecution however has incensed Somalis around the world.

Somali President Hassan Sheikh Mohamed has also expressed his concerns about the treatment of Somalis in South Africa. He is reported to have engaged President Jacob Zuma at the Tokyo International Conference on African Development (TICAD) in Japan last Sunday.

Of particular concern to the Somali president was the persecution and murder of the Somali man in the video, 25-year-old Abdi Nasir Mahmoud Good.

Kamal Gutale, chief of staff in the Somali presidency, told Al-Jazeera on Monday: “The president has asked Mr Zuma and his foreign minister to look into the matter and investigate the brutal killing and violence.”

“I appeal to the government of the Republic of South Africa as a matter of urgency to intervene and contain this unnecessary and unfortunate violence against Somali business communities to preserve peace and stability,” Abdi Farah Sharon said in an open letter to President Zuma.

“My government will vigorously work with the South African government to address these recurring problems,” Sharon said in his letter, released by his office earlier this week.

According to the Somali president’s chief of staff, President Zuma was unaware of the stoning to death of the Somali man in Port Elizabeth.

“At the time, President Zuma was not aware of the incident and expressed surprise,” he said.

President Zuma, however, is said to have undertaken to look into the matter.

On Friday, at a press briefing at the Department of International Relations and Cooperation, Minister Maite Nkoana-Mashabane, expressed government’s “strongest condemnation of the recent attacks and killing of Somali and other foreign nationals in our country”.

The minister also reiterated government’s position on the attacks being criminal in nature and not being inspired by xenophobia.

“The looting, displacement and killing of foreign nationals in South Africa should not be viewed as xenophobic attacks, but opportunistic criminal acts that have the potential to undermine the unity and cohesiveness of our communities,” she said. “There is no cause to justify this heinous crime.”

Nkonae-Mashabane also pointed out that some 100 people had been arrested for what she described as the “recent lawlessness”.

But as discontent rises among the sizeable Somali population in South Africa, nothing good can come from the rumours that Somalis are arming themselves to better defend themselves against hate crimes in South Africa.

The minister emphasised that Somalis in South Africa enjoyed the same rights as South Africans.

“In terms of our Constitution, South Africa belongs to all who live in it, and we, therefore, have been appalled and deeply saddened by the recent acts of violence against Somalis and other foreign nationals in South Africa,” she said.

“We recall the support and solidarity accorded to us during our fight against Apartheid by African people, including Somalis, and wish to express our sincere gratitude,” Nkoana-Mashabane said. “As South Africa, we value our close relations with our neighbours and the rest of the African continent.”

She also expressed hope that these incidents would not sour relations between South Africa and Somalia.

“Our relations with Somalia have always been cordial,” the minister said. “You may recall that recently South Africa committed over a R100 million towards Somalia to build institutions of governance and capacity building.”

When Nkoana-Mashabane announced that R100-million aid package to Somalia last year she said, “South Africa believes it is imperative that Somalia has adequate institutions of governance that will be sustained beyond the mandate of the Transitional Federal Government [which has been succeeded by the current Somali government].”

“It is in this light that South Africa will work closely with local and international partners to ensure that Somalis are equipped to govern themselves,” she added.

And it is exactly in the ability to govern themselves that lies one of the crucial tenets of the challenges of Somalis in South Africa. The continuing instability in Somalia forces hundreds of thousands of people away from their home. Somalia has been embroiled in conflict and upheaval for more than two decades, forcing refugees to flee places like South Africa. While South Africa does certainly have much to address in its own social phenomenon of violence against foreigners like Somalis, the broader implication of Somalia’s instability on South Africa can also not be ignored. DM

Photo: Demostrators march against the recent wave of xenophobic attacks, in Khayelitsha township near Cape Town, May 31, 2008. REUTERS/Mark Wessels