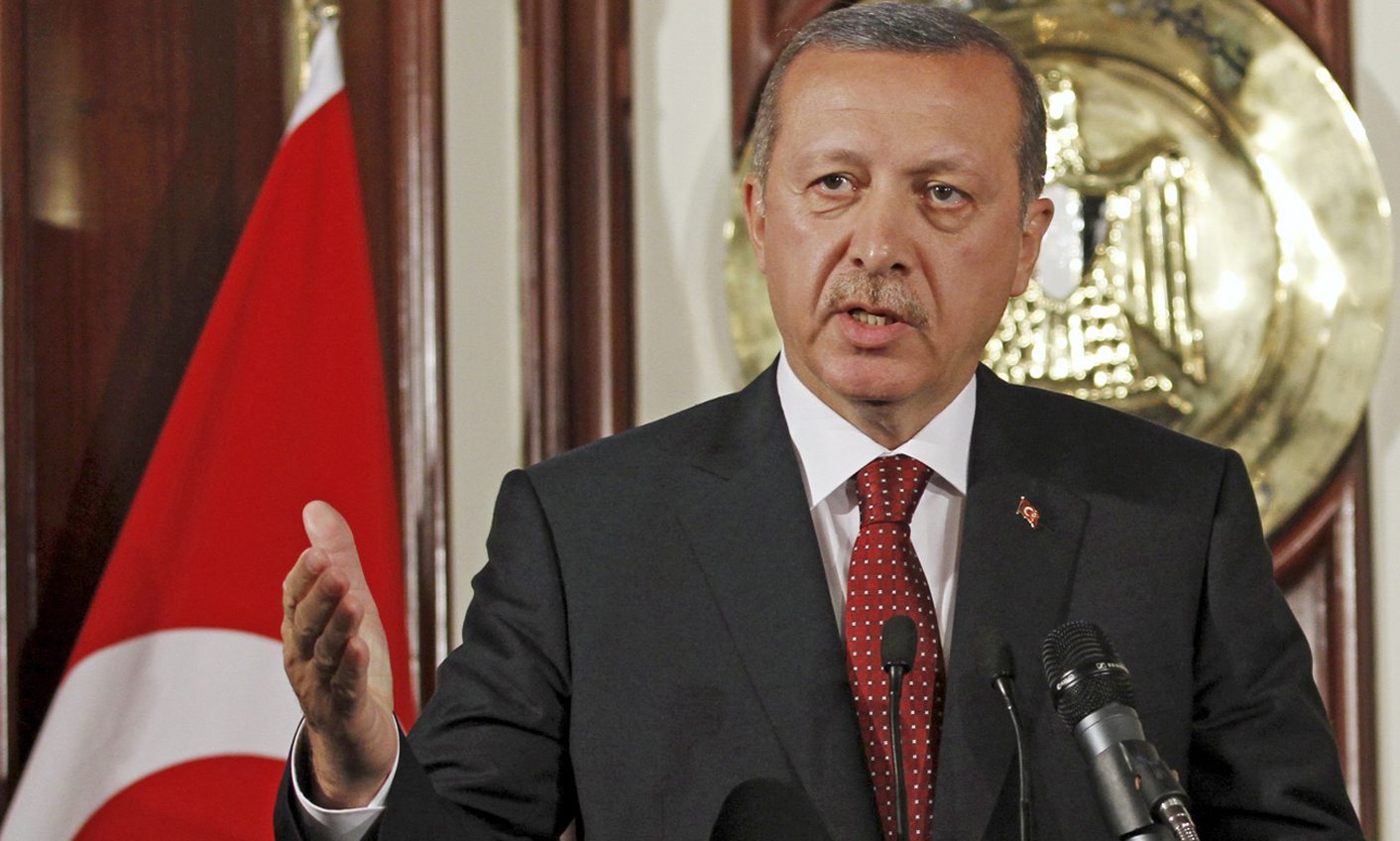 Turkish Prime Minister Tayyip Erdogan denounced those behind a week of violent demonstrations on Thursday, causing a sell-off on the Turkish stock exchange from investors worried that his defiant rhetoric will further enflame public wrath. By Tarek Amara and Nick Tattersall.

Speaking during a visit to Tunisia, Erdogan vowed to press ahead with plans for construction in an Istanbul park which triggered the unrest across the country. Three people have been killed and more than 4,000 injured in demonstrations that have seen police fire tear gas at angry crowds.

Erdogan, out of the country for days on a tour of North Africa, has consistently maintained a hard line in public comments since the unrest began, which the protesters say has poured fuel on the fire.

He returns later on Thursday to face demands he apologise for the police crackdown and punish those who ordered it.

In Thursday’s remarks, he said “terror groups”, including one that claimed responsibility for a Feb. 1 bombing at the U.S. Embassy in Ankara, were manipulating the crowds. Seven foreigners were among those arrested, he said.

“If you say: ‘I will hold a meeting and burn and destroy,’ we will not allow that,” he told reporters after meeting his Tunisian counterpart. “We are against the majority dominating the minority and we cannot tolerate the opposite.”

The main Istanbul stock index tumbled 8 percent before recovering to close down 4.7 percent. The lira weakened to 1.8960 against the dollar. The two-year benchmark bond yield rose to its highest in more than six months.

Nevertheless, by confining his comments to a group of protesters, Erdogan sounded arguably softer in tone than before he left for North Africa at the start of the week, when he described the demonstrators in blanket terms as looters.

What began as a campaign against the redevelopment of a leafy Istanbul park has grown into an unprecedented show of defiance against the perceived authoritarianism of Erdogan and his Islamist-rooted AK Party.

Police backed by armoured vehicles have clashed with the protesters night after night, while thousands have massed peacefully in recent days on Taksim Square and the adjoining Gezi Park, where the demonstrations first began.

A policeman who fell from a bridge in the southern city of Adana while chasing protesters died of his injuries, Turkish television stations reported, the third death in the protests.

AK Party Deputy Chairman Huseyin Celik called on members not to welcome Erdogan home at Istanbul airport to avoid stirring trouble. “The prime minister does not need a show of strength,” Celik said in a television interview.

At Taksim, protesters remained defiant. “We have the momentum, with people like me going to work every day and coming back to attend the protests,” said Cetin, a 29-year-old civil engineer who declined to give his surname because he works for a company close to the government.

“We should keep coming here to protest until we really feel we’ve achieved something,” he said, one of thousands gathered on Taksim Square until late into the night.

Protesters are of a variety of political stripes, including far leftists, soft nationalists, environmentalists and secular Turks, and their numbers at Taksim have swollen at points to more than an estimated 100,000. Erdogan said they included the outlawed organisation behind the U.S. Embassy suicide bombing that also killed a Turkish security guard.

The outlawed Revolutionary People’s Liberation Party/Front, said it was behind the U.S. Embassy bombing earlier this year. Reuters reporters have spotted members of a group linked to it among those at the square.

Deputy Prime Minister Bulent Arinc, formally in charge while Erdogan is away, has struck a conciliatory tone, apologising for the initial police crackdown on peaceful campaigners at Gezi and meeting a delegation of protesters in his office in Ankara.

President Abdullah Gul, who has also taken a softer tone than Erdogan, on Thursday urged for the debate to move off the streets, a statement on his official website said.

Despite the unrest, Erdogan remains by far Turkey’s most popular politician, his assertive style and common touch resonating with the conservative Islamic heartland.

His AK Party has won an increasing share of the vote in three successive elections and holds around two thirds of the seats in parliament. A man who rarely bows to any opposition, he clearly has no intention of stepping down and there are no obvious rivals inside or outside his party.

He faces a challenge in calming the protests without appearing to lose face.

“Erdogan cannot backtrack now. It would mean defeat,” said Ali Aydin, 38, a car dealer in the Tophane neighbourhood of Istanbul, a conservative bastion in the mostly Bohemian district around Taksim Square. “Weakness would destroy the party.” DM