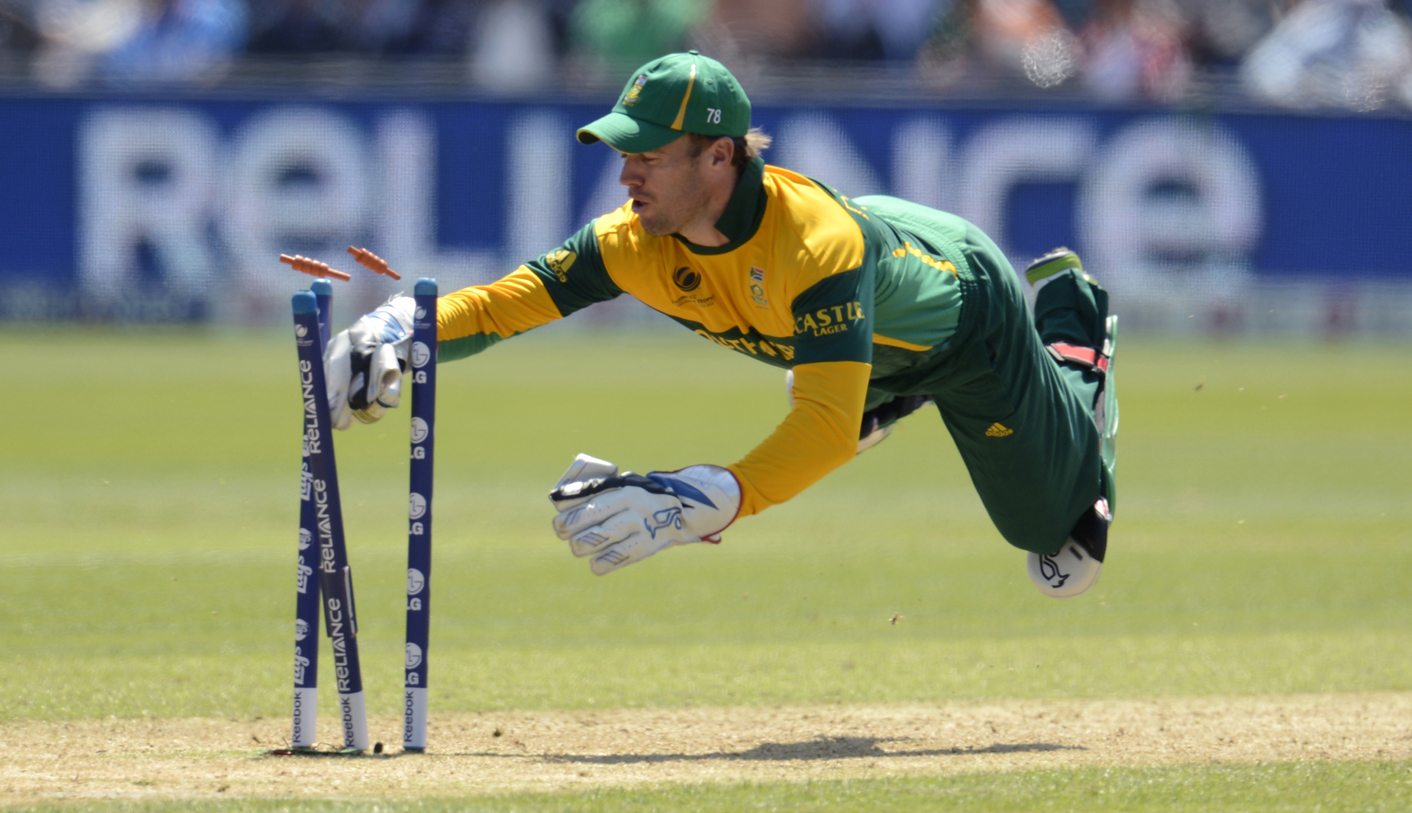 Thursday’s opening Champions Trophy clash had everything a good one-day match needs to make for enticing viewing. India came out tops in a few areas, but there are some positives for the Proteas - although, with the bodies on the treatment table mounting, they’ll have little time to mull over it. By ANTOINETTE MULLER.

If scorecards came with report cards, the one for South Africa’s 26-run loss against India in Cardiff on Thursday would simply read: must do better.

As far as one-day cricket goes, it had almost everything to make for an enticing prospect. Two rival teams, a potential record run chase and two teams both going through a transitional phase as they learn to come to grips with life after [Insert Legendary Name Here].

In the battle of transition, South Africa came out second best, and while their batting showed plenty of fight, their bowling looked totally average. It was a difficult track for most of the fast bowlers: India’s men conceded 190 runs between the three of them. The conditions in Cardiff, although deceptively pace-friendly in the warm-ups, had absolutely nothing to offer for the bowlers on Thursday. Bowlers had to keep their wits about them if they wanted to yield anything from the pitch and South Africa’s attack seemed to lose their wits instead.

With conditions overcast in the morning, AB de Villiers would have had a bit of confidence when he won the toss and chose to bowl first. Although the skipper didn’t make that decision based on the cloud cover. No team batting first in Cardiff had ever won a match – until India on Thursday, that is.

“We just had a look at the stats and the past scores and stuff like that, and whether it was cloudy or not, we still would have bowled first. I was expecting a little bit more from the wicket and a bit more movement up front, which we didn’t get. Then again, losing Morne Morkel in the middle overs was quite a big shock, but the way the boys shot back right to the 50 overs was a great effort. I thought we restricted them to a chaseable score, and unfortunately, we just couldn’t get there,” De Villiers said.

The four fast bowlers in South Africa’s attack conceded 261 runs, and despite India being completely unfazed by the shorter ball, they persisted in using it. Whether that was because of an ingrained myth or because there just wasn’t a Plan B in place, only they will know.

De Villiers, though, did take heart in his bowlers coming back and picking up a few wickets quickly, despite allowing the Indian batsmen to get away with it at the start.

“I still prefer some of the batters in the sub‑continent teams to rather hit us off our lengths, instead of hitting it on the ground and missing a length on the fielder side. I don’t mind that especially in the English conditions,” the skipper said.

“You can argue that, but still we’ll go back to the drawing board and reassess where we went wrong, but I don’t mind the guys having the grace of mindset. I’m very proud of the way we fought back.  We got five wickets in a very short period of time in the middle overs. Then I think that was probably the short ball paying off and something coming our way because of that, because of us having that aggressive mindset right throughout the game,” De Villiers added.

Dodgy running between the wickets also cost the Proteas, and De Villiers admits that a few instances of miscommunication were detrimental to the team, especially in the “heat of the moment”.

“The couple of run-outs were probably unforced and miscommunicated. In the heat of battle, sometimes you’re so eager to do well for your team and you’re just not always on the same wavelength or whatever you call it as your partner at the other side. Unfortunately, there were a couple of misunderstandings out there, which is understandable sometimes under pressure…But it was unforced and cost us dearly today, unfortunately,” he said.

South Africa now heads into its match against Pakistan on Monday needing to win. They’re old foes and have recently played each other in a very competitive series in South Africa; also in a warm-up match. Pakistan won the warm-up and De Villiers insisted that the sub continental side would probably be more affected by the recent one-day series loss in South Africa than the Proteas would be by the loss in the warm-up.

De Villiers is hoping South Africa can find an aggressive mindset heading into that clash, something he feels the side lacked on Thursday.

“We were definitely going there to win. We’ll have to keep that aggressive mindset that we had today. It is basically do or die. We’d like to win at least two out of the three…Each game we play here, we have to try to win it. It’s a short tournament. There is no room for errors, except for today, and we’ll try to repair that in the next game and go for a big one,” De Villiers said.

With Dale Steyn missing the first match through injury and Morne Morkel managing just 6.5 overs before he was added to the treatment table, it might be time for the Proteas to call on some reinforcements. As it stands, Wayne Parnell is on standby, but both Chris Morris and Vernon Philander are other options.

There’s no time to pontificate, however. With the quick turnaround of matches, should either Steyn or Morkel be unable to take part in the tournament further, a replacement needs to be flown in post-haste. Morkel will be assessed on Friday morning, and Steyn will continue to be monitored. Meanwhile South Africa will go back to the drawing board to restructure its plans. DM

Photo: South Africa’s A B de Villiers dives in an attempted run out during the ICC Champions Trophy group B match against India at Cardiff Wales Stadium in Cardiff, Wales June 6, 2013. REUTERS/Philip Brown