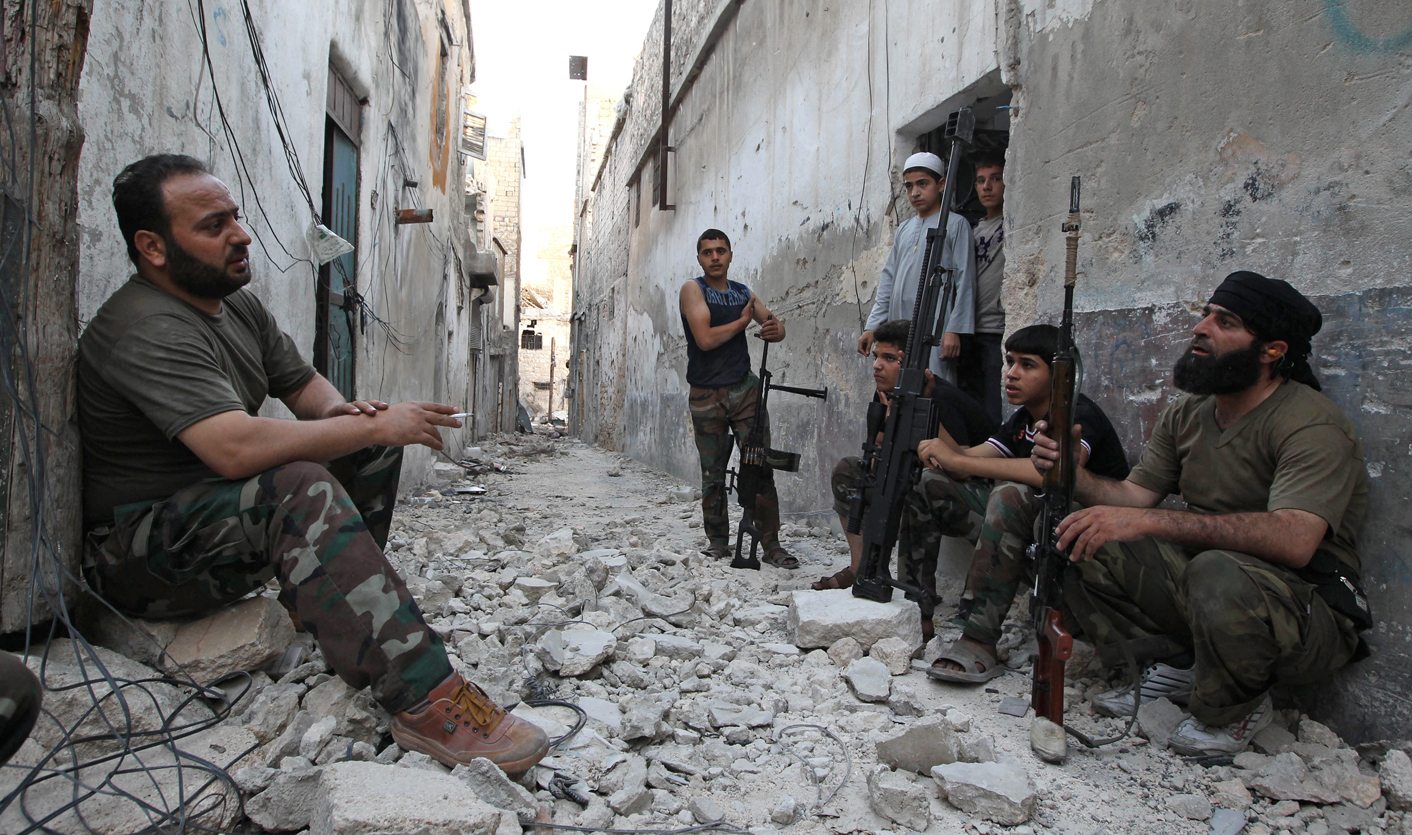 France said on Tuesday it had performed tests that proved President Bashar al-Assad's forces had used nerve gas in Syria's civil war, a "red line" that the United States and other countries have repeatedly said would demand a response. By Suleiman Al-Khalidi.

Washington separately said it would deploy Patriot missiles and F-16 fighter jets to Syria’s neighbour Jordan for a military exercise and perhaps longer. Russia, Assad’s main international backer, criticized the move and accused the West of inflaming the conflict by sending arms to the war zone.

French officials said their tests were the first that complied with international standards and proved that chemical weapons were used in Syria.

Washington, which has said for months it believes Assad’s forces probably used chemical weapons, said it still needed to study the evidence. “We need more information” about claims of such use, White House spokesman Jay Carney told reporters.

In one case it was not possible to prove who was responsible, but “in the second case there is no doubt that it was the regime and its accomplices, because we are aware of the entire chain from when the attack took place, to when the people were killed and when the samples were taken,” he said.

The results were handed to the head of a U.N. chemical weapons investigation team on Tuesday in Paris, Fabius said.

A French diplomatic source said samples included blood and urine from victims, taken after a government helicopter bombed Saraqib near the northern city of Idlib on April 29.

The mounting evidence of the use of poison gas poses a dilemma for Western countries including the United States, which have promised to act if such weapons are used but have no obvious path for a military intervention.

The Patriot anti-aircraft missiles and F-16s that Washington will send to Jordan are officially intended for a military exercise to be held this month, but a U.S. official said Washington would consider keeping them in place.

If left in Jordan, Patriot missiles could be used to protect the country – a Sunni Muslim U.S. ally – against any possible missile attack as the Syrian war threatens to widen into a more regional, sectarian conflict.

Moscow sees the surface-to-air missiles as particularly contentious, enabling the United States and its allies to impose a no-fly zone and potentially heralding the first Western military action of the war.

“We have more than once stated our opinion on this – foreign weapons are being pumped into an explosive region,” Russian Foreign Ministry spokesman Alexander Lukashevich said.

“This is happening very close to Syria, where for more than two years the flames are burning of a devastating conflict that Russia and its American partners are trying to stop by proposing to hold an international peace conference as soon as possible.”

Moscow objected vociferously last year when NATO deployed U.S., German and Dutch Patriot missile batteries in Turkey on the Syrian border. Russia has said it would send its own anti-aircraft missile system, the S-300, to Assad.

Washington and Moscow have called a peace conference for this month, the first time in a year the superpowers supporting opposite sides in the civil war have tried to find a diplomatic solution to end it.

A war that Western countries had hoped would quickly lead to Assad’s defeat now offers no end in sight. Rebels seized swathes of the country during the second half of last year, but in recent weeks Assad has launched a major counter-offensive and brought in seasoned fighters from Lebanon’s Hezbollah militia, shifting the momentum and showing he will not be soon defeated.

Both sides have been accused of ever more horrific atrocities. Millions of people have been driven from their homes, sectarian bloodshed has spread to Lebanon and Iraq, Israel has bombed Damascus and civil unrest has swept Turkey.

Assad, an adherent of the Alawite minority offshoot of Shi’ite Islam, is supported by Russia and regional Shi’ite power Iran. His enemies are supported by the West, Turkey and Sunni-ruled Arab states, especially wealthy Saudi Arabia and Qatar.

Syria has not signed up to an international treaty banning the use of chemical weapons but has said it would never use them in an internal conflict.

Both the Syrian government and the rebels accuse each other of using chemical weapons, although Washington and other Western countries say they doubt the rebels have done so.

Asked whether a “red line” had been crossed, Fabius said “undoubtedly”. Paris was discussing with allies how to react.

“All options are on the table,” he said. “That means either we decide not to react or we decide to react including by armed actions targeting the place where the gas is stored.”

He said the military option was not at the top of the list for now as it was still vital to ensure that efforts to reach a peaceful solution were not hindered.

The French diplomatic source said Paris hoped the results of its chemical tests would help U.N. investigators push their case to enter Syria. When inspectors report, France will push for action at the U.N. Security Council, where three resolutions against Assad have so far been vetoed by Russia and China.

“This is a way of adding pressure on Syria and those who support it,” the source said. “I can’t see how Russia could defend the use of chemical weapons.”

In Syria, the besieged city of Qusair came under renewed missile and air attack as fighting there dragged into a third week, prompting calls for humanitarian access to offer some relief to the thousands trapped by government forces.

Syrian troops backed by Hezbollah guerrillas have besieged the rebel-held town which controls vital supply routes from Lebanon and access between Damascus and the coastal heartland of Assad’s minority Alawite sect.

As Syrian government forces try to grind down the rebels in Qusair, trapped civilians have had to choose between sheltering from the bombs or risking a 100 km (60 mile) journey to safety.

“Qusair itself is described as a ghost town, heavily damaged and filled with the sound of bombs. People are hiding in bunkers or, even worse, in holes that they’ve dug,” U.N. refugee agency spokeswoman Melissa Fleming told a briefing in Geneva.

“One woman told us that she spent, with her children, one week inside a hole that was dug into the ground.”

Opposition leaders called for the creation of a humanitarian corridor to allow people from Qusair to flee to Lebanon.

The International Committee of the Red Cross said the Syrian government had said it was willing to grant the agency access to Qusair once military operations there were ended. DM

Photo: Members of the Free Syrian Army talk as they sit with their weapons in a damaged street in Aleppo’s Karm al-Jabal district, June 3, 2013. REUTERS/Muzaffar Salman