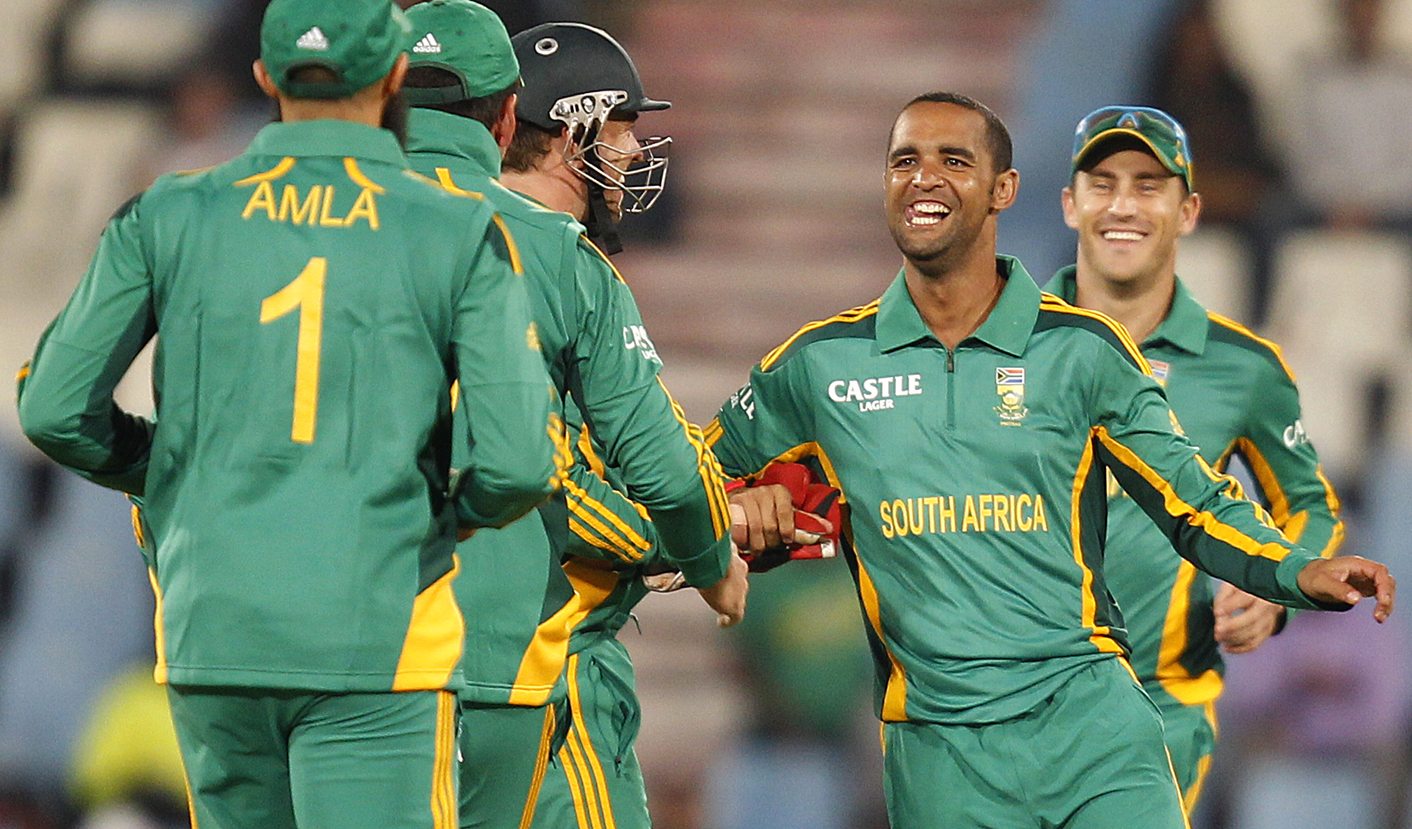 Group B offers the most exciting clashes of the group stages, and if one would be so bold as to label a group tougher than the other, Group B would probably be the winner. ANTOINETTE MULLER previews the action.

These are perhaps the more challenging teams within the groups, but only because of the unpredictability of the sides involved. India has the batting prowess to post mammoth totals, but not the bowling power to back it up. Pakistan blows hot and cold and not even Pakistan knows which team will pitch up on the day, while the West Indies are equally up and down and South Africa’s team is still so new that whether they’ll have time to gel together is anyone’s guess.

That makes for a rather exciting mix of fixtures. Add to that the possible interference from rain and South Africa’s relationship with Duckworth-Lewis, and Group B is like a PG-rated Hollywood blockbuster. It all kicks off with an action-packed fixture in Cardiff on Thursday, when South Africa and India will lock horns. The action then moves to London, where the Windies and Pakistan square off on Friday as the Champions Trophy gets into full swing.

West Indies have a new one-day skipper in Dwayne Bravo, who has captained the side in 10 matches before, most recently against Zimbabwe in February 2013. His captaincy credentials don’t stretch much further than that, though, and in a tournament which doesn’t allow any room for error, the West Indies cricket board’s decision to change skippers is rather peculiar.

The teams all pack a punch when it comes to their batting, and with conditions expected to suit the batsmen (as tracks will be flat as they come), the strategy for most will be to bat the opposition out of the game. South Africa’s skipper AB de Villiers did mention that his side would be looking to exploit the two-bouncer rule, and that’s probably the one area where the Proteas hold the edge. They have arguably the best bowling line-up out of the teams in the group, despite Dale Steyn not being as ferocious as in 50-over cricket as he is in all other formats – and the fact that he is also in doubt for the opening fixture after picking up a back strain. He complained of unfitness during South Africa’s warm-up game on Monday, and an MRI scan revealed mild swelling in a left intercostal muscle, in the region of the 11th and 12th rib. He will continue to be assessed and receive treatment – there’s no way of saying whether he’ll be fit to play at this stage, though. Robin Peterson also suffered an injury when he was hit on his foot while batting. He was advised not to bowl during the match and has responded well to treatment. Pakistan has a good bowling line-up, but their inconsistency could let them down. If there’s a group to keep an eye on, Group B is it.

South Africa and Pakistan are likely to progress, and South Africa to win a match on Duckworth-Lewis. Chokes aren’t quite possible in the Group Stages, so those theatrics will be shelved for now.

There’s nothing quite like a Pakistan and India showdown. The two sides take each other in Birmingham on 15 June in a match which might end up having no meaning in context of where sides finish, but will mean everything for the fans of the respective countries and beyond.

Junaid Khan was impressive against South Africa earlier in the year. He’s got some serious potential and as the leader of Pakistan’s attack, he’ll be licking his lips in anticipation of conditions which will favour him. He’s picked up 39 wickets in just 24 matches at an average of 23.17. Khan is a cunning bowler and worth paying money to watch.

Virat Kohli is something else. One of the best hitters around in cricket, Kohli reminded everyone what he was capable of in India’s warm-up game when he struck 144 off just 120 as India beat Sri Lanka by five wickets. Not only is Kohli a force of nature with the bat in hand, he also has a reputation for being temperamental. If he doesn’t create any fireworks with the bat, he might do so with his temper. He was off colour when India hammered Australia by 243 runs in their warm-up game on Tuesday, but Kohli always comes back strong.

WHAT THE PLAYERS SAY

“It’s not that the reputation is gone…as of now I don’t think we have lost reputation because whatever the set-up will be throughout the world or in any sport, still you’ll have people who will be slightly mentally weak compared to some of the others, and I would have loved to elaborate, but at the right time I’ll do it.” MS Dhoni tangoes with questions about how the spot-fixing scandal in the IPL impacted on cricket’s reputation in India.

“It’s very important. Every game we play is important to us. We represent a very proud cricketing nation, and we’d like to make them proud in this tournament.” AB de Villiers on the weight of the trophy. DM