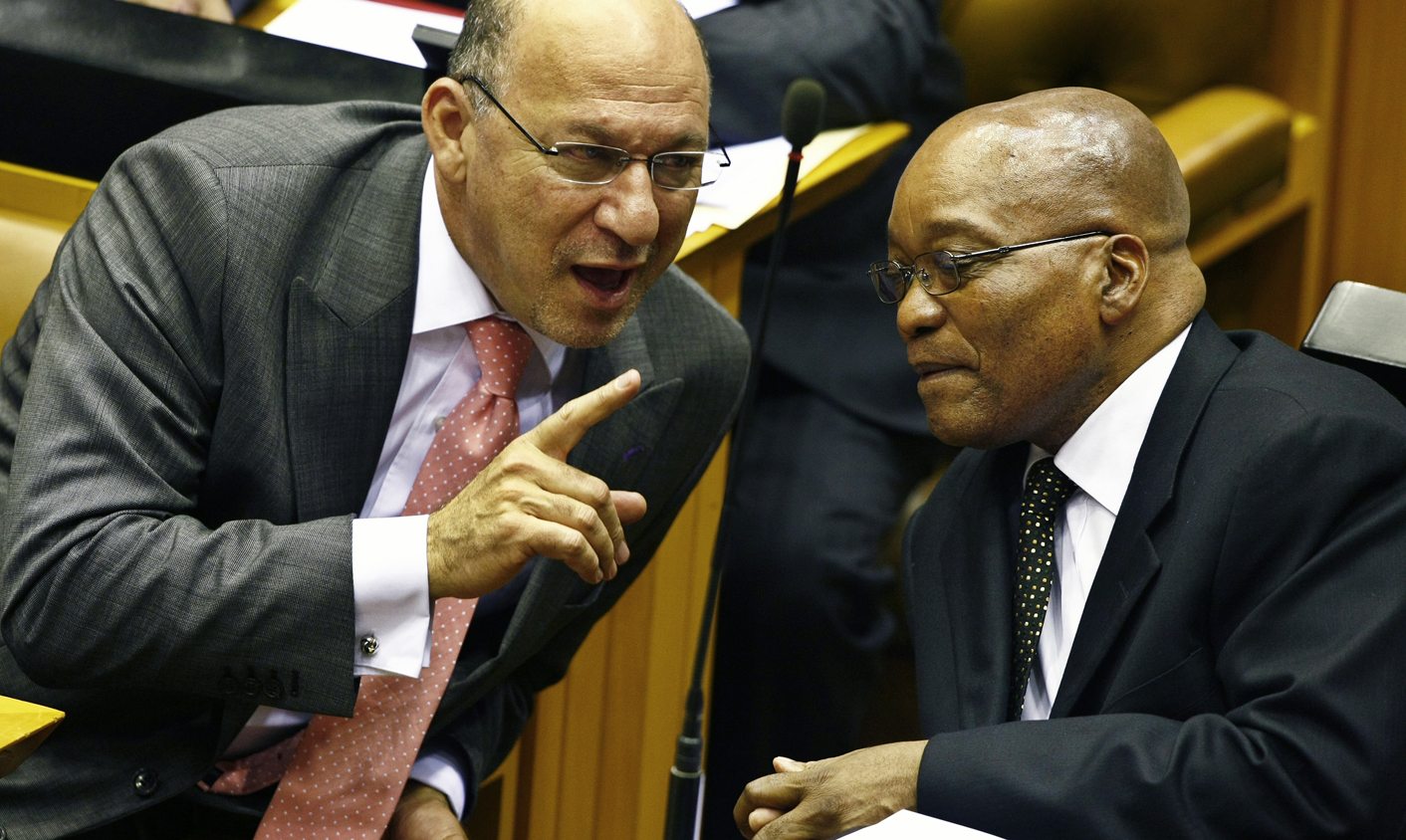 The National Development Plan is supposed to lead us all to the brighter, sunnier, somehow better scrubbed future, right? That's what we've all been told, by Number One, no less. So how come the NDP became stuck in the political mud? Why is it we hear very strong voices against it, and only a kind of half-hearted refrain in its favour? And what does this really tell us about our country, power, and where our little hand-basket is going? By STEPHEN GROOTES.

If you can think back to the blazing heat of Bloem in December, everyone was talking about two major questions. Would Motlanthe stay on as Deputy President after he lost, and wow, was the National Development Plan going to be the country’s Number One legacy? There was really nothing else to it.

When you get right down to it, Mangaung was an expression of President Jacob Zuma’s power at its fullest. He’d marched in the troops from KZN, given them their orders, and they obeyed them to the letter. The political management was such that once he opened the conference and started speaking, primarily about the NDP, nothing else was on the table. Zuma didn’t even want a proper discussion about it, it must just be adopted, and become ANC policy.

And, as we know at the moment, what Number One wants, Number One gets. The NDP became official ANC policy, after being adopted, we’re told, by consensus. Branches had decided, and there is no going back, you’d have to have another conference to do that. And no one wants one of those right now. Unless Waterkoof is available.

But there actually hasn’t been a discussion. This isn’t about whether all the Mangaung delegates actually read the plan. It’s about whether there was really any discussion about anything else. Was any alternative provided, was there even any democratic space for one to be proposed? Sure, Number One’s people are going to turn around and say that it was up to delegates in their commissions, but it’s also up to them to ensure there’s an atmosphere in which people feel they’re able to bring up alternatives. And you can be sure that Number One’s opening speech would have nixed any of that. You would have to have been a Kgalema-ite to even think of it.

So what we have now, is a formally adopted document. But it hasn’t been accepted by almost anyone.

Number One is powerful, but even he is not powerful enough to get everyone in the Alliance behind one thing. And that lack of power is finally beginning to show. Because if he were a true a democrat, if he really gave a fig about Cosatu and the SACP, he would have ensured they were on board long before Mangaung started. They wouldn’t be fighting about the NDP now.

That’s not to say Number One was wrong. There’s not a chance he would have got everyone behind the blasted thing even if he’d tried. And most other politicians in his position would have done exactly the same. It was political management that allowed Tony Blair to drop Clause IV from the British Labour Party’s Constitution. There’s not a chance Barack Obama has ever forced every member of the Democratic Party to agree with his programmes. That’s simply not how modern politics works. While in the UK you go for John Prescott or create strange delegate rules in the US, we have a different system.

We go to political conferences for one thing and one thing only. To elect, or re-elect someone. If Polokwane and Mangaung had anything in common, it was the mood of the day after the election. If it were a movie, it would be Hangover Part IV: Mangaung Meltdown, with Mike Tyson playing JZ. And after the hangover, people just started to leave. They’d done what they came to do, and once you’ve done that, why stick around?

So policy, at national ANC conferences, and provincial ones, plays a fiddle so far away from the main orchestra pit, it’s actually in the parking lot. This means it’s not done properly. It’s not discussed, there’s no evaluation, and there’s no real point to it.

The time has come to seriously ask, if an ANC conference agrees on something, does that actually mean anything? Anything at all? Can you, as an investor, really read anything into what an ANC conference decides?

It’s only now that people are actually reading the NDP, and discussing it properly. Sure it’s taken a while, but look, this is the Left we’re talking about. They have to organise a study group, apply their critique, work out where their dialectic machine went, and find the batteries for their Apple Macs. But now they’re up and running.

And they’re not pleased. Oh they’re hiding it nicely, but they’re really enjoying it about as much as getting caught on TV in the red Chris Hani T-shirt driving the second BMW. It started with the metalworkers’ union NUMSA, Cosatu’s Political Committee is discussing it this week, and the SACP has now uttered one of its more memorable phrases, saying the NDP should not be “monumentalised”. Like how, please, Blade? Monumentalised like Voortrekkehoogte, or like Freedom Park? Or, gulp horror, like Nelson Mandela Square?

But now that the Left has sunk its teeth into the NDP, they’re going to tear it apart, bit by bit. And the bits they really aren’t going to like will be in the economic policy section. Things like the Youth Wage Subsidy simply aren’t going to sit nicely on the bookshelf with Das Kapital. In any development plan, it’s only the the economic policy section that really matters. And if there’s no agreement on that, then what’s the point?

So what’s going to happen is what always happens. We put it off. We delay. We don’t take action until we absolutely have to. And this means all the political pressure is taken off the people who are supposed to take responsibility for it, the political leaders, and placed on the shoulders of those who are supposed to implement it. The people in the parastatals, the lower levels in the ministries. Everyone in government from Number Three downwards.

And this is what leads to what you and I both know will be the inevitable delays. The whole point of the NDP is that we actually need to start acting pretty damn quickly. Building infrastructure is something you can’t put off forever. Think Eskom. But we’re not even doing that properly yet, because we’re going to fight about it first. But not out in the open. Not as a policy spat with public debates and opportunities for people to insult each other in the website comment section of their choice. Instead, it’s going to be endless proxy wars fought through deployments to parastatals, to government jobs, to places in government that are actually supposed to implement policy, rather than decide it.

What will emerge will be a strange hodge-podge where one or two elements of the plan will be easily identifiable, there’ll be a tinge of NDP here and there, with a hint of IPAP over there. And it simply won’t be good enough. We won’t have planned properly, we won’t have put together what we need, we won’t have thought properly about the future. DM

Photo: South Africa’s Finance Minister Trevor Manuel chats with ruling African National Congress President Jacob Zuma in Parliament in Cape Town during the swearing in of members and the formal election of the country’s president, May 6, 2009. REUTERS/Nic Bothma

The Financial Wellness Coach: How to get the best pension from your hard-earned retirement savings

From the ancient city of Knossos: The Lady of the Ring