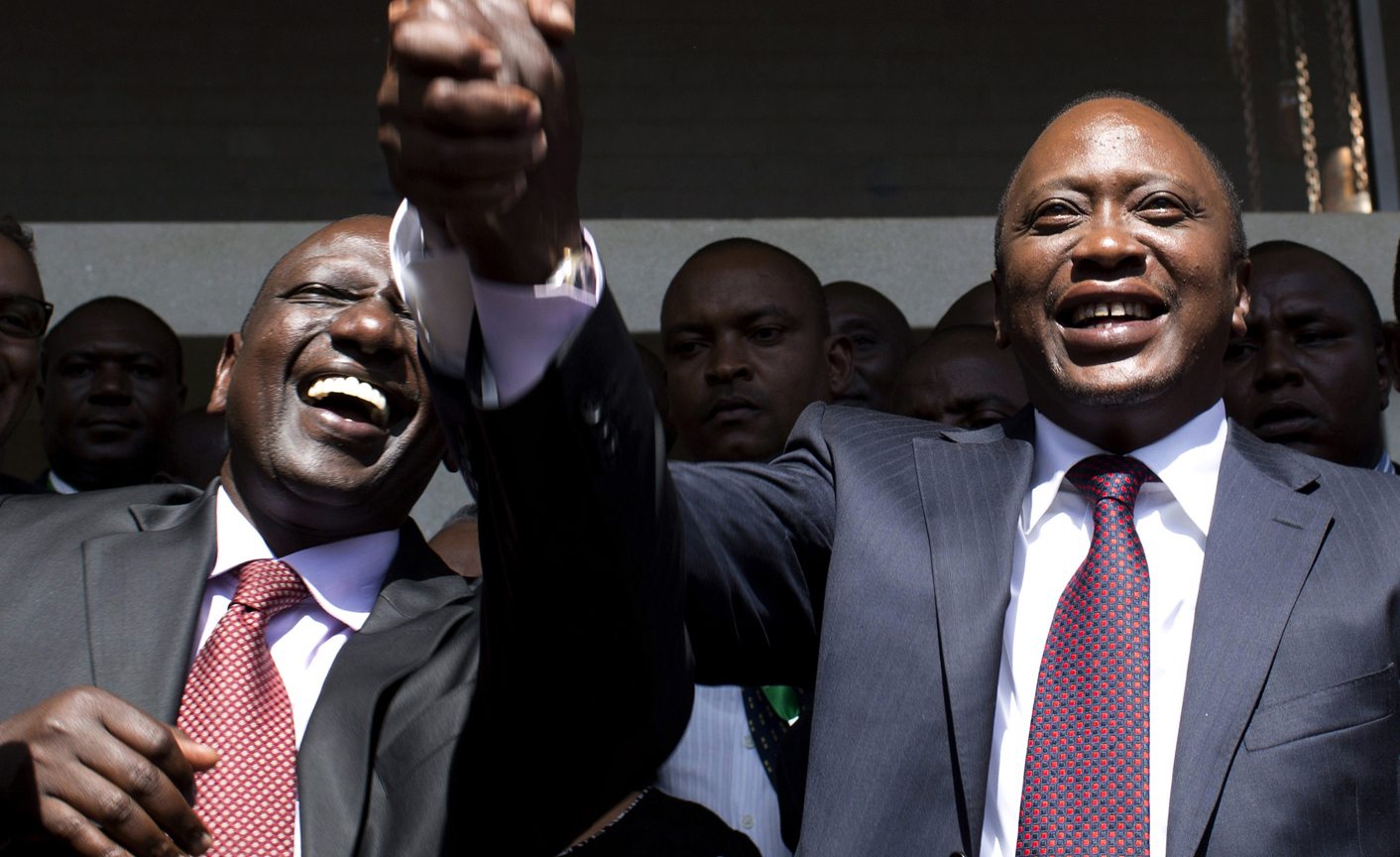 The International Criminal Court could hold a trial outside The Hague for the first time, after ICC judges said on Monday they may hear the case against Kenya's deputy president in his own country or neighbouring Tanzania. By Thomas Escritt.

Judges were responding to requests from William Ruto’s lawyers, who said it would be “in the interests of justice” for the politician’s trial to be held closer to home.

Both Ruto and Kenyan President Uhuru Kenyatta – elected on a joint ticket in March – face charges of orchestrating violence after the previous election, five years ago, in which 1,200 people died.

The attempt to prosecute the leaders of one of Africa’s biggest economies comes as the ICC is under increasing criticism from leaders on the continent who accuse it of unfairly targeting Africans.

Ruto has said he would attend hearings in The Hague if ordered to do so, but has also asked to participate by video link.

Though no final decision has been taken, the ICC judges said holding parts of the trial in Kenya, or Tanzania, where a U.N. court is trying alleged perpetrators of the Rwandan genocide, would bring it closer to victims and affected communities.

Prosecutors have warned that moving the trial to Kenya could make it harder to provide protection to witnesses who, they say, have been threatened into withdrawing their testimonies.

The trial would still be conducted by the ICC, regardless of where it was held. Kenyatta’s lawyers have submitted a similar request to relocate the trial.

Judges also ruled on Monday that the trial of Ruto and his co-accused, broadcaster Joshua Arap Sang, would start on Sept. 10, rather than the original start date of May 28, accepting defence requests for more time to prepare their cases.

Kenyatta’s is a separate case, currently scheduled to start in July, though his defence has requested a delay which judges are considering.

All men deny the charges.

Leaders at an African Union summit in Addis Ababa last week urged the ICC to refer the cases to Kenyan courts.

Ethiopian President Hailemariam Desalegn accused the court of racial bias and of targeting Africans for prosecution, an allegation the court has always rejected. DM

Photo: President-elect Uhuru Kenyatta (R) greets his supporters with his running mate, former cabinet minister William Ruto after attending a news conference in Nairobi March 9, 2013. Kenyatta, indicted for crimes against humanity, was declared winner of Kenya’s presidential election on Saturday with a tiny margin, just enough to avoid a run-off after a race that has divided the nation along tribal lines. REUTERS/Siegfried Modola