The sulphurs of Santiaguito, the muds of KwaMakutha 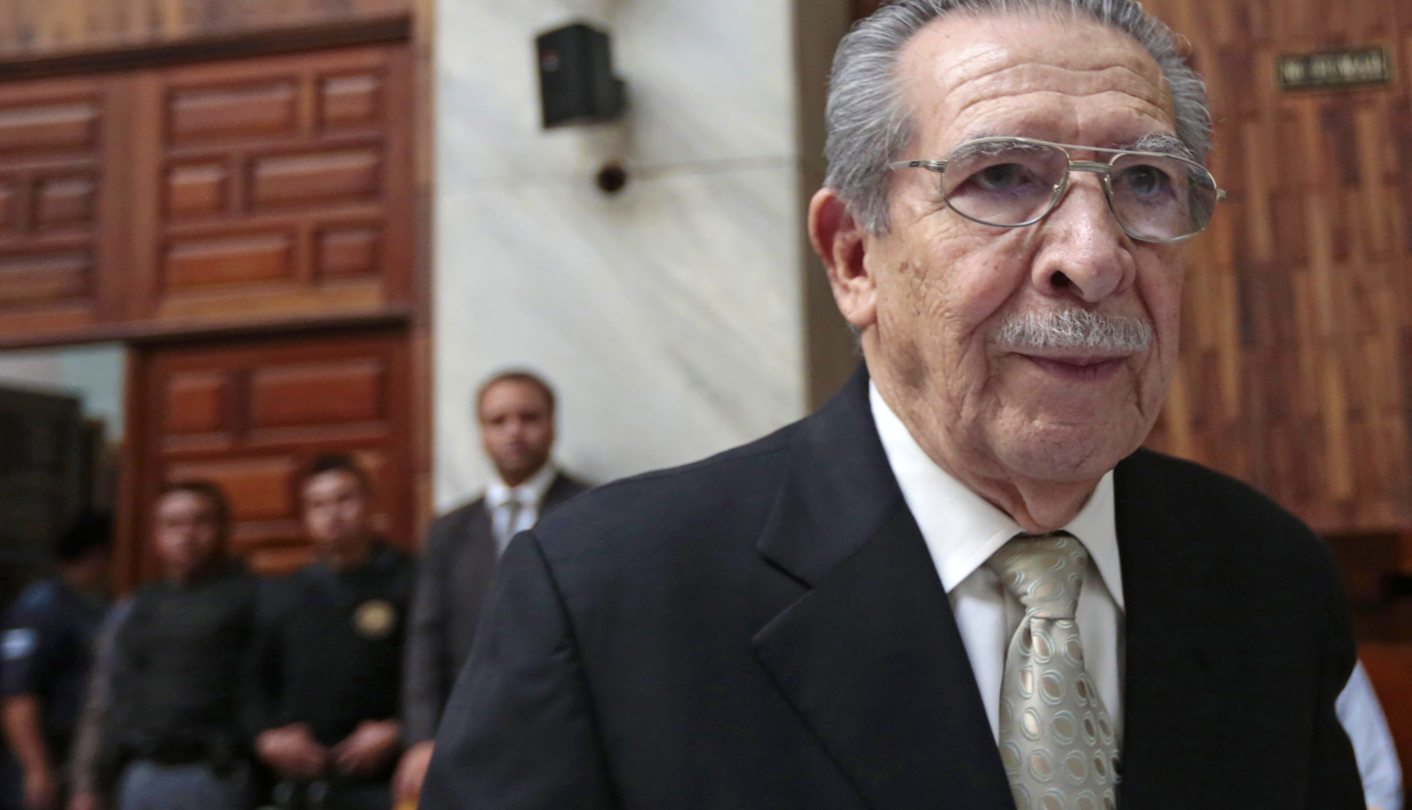 If many Latin American countries can successfully prosecute their murderous generals, why did South Africa fail? MICHAEL SCHMIDT remembers the anti-guerilla terrors of Guatemalan war and the weeping skies of KwaZulu-Natal.

Smoky cloud rolled down from the shrouded crown of the volcano Santiaguito, chilling my skin, as yellow-rimmed fissures hissed stinking sulphur across the rutted track.

Far below, on the slopes, Mayan peasants in fuchsia blouses, looking like giant frangipanis, hacked at the fecund soil with hoes. A dented pick-up truck had just dropped me and the Danish-Argentine woman I was travelling with, high up in the mountains of Guatemala.

An ethereal peace seeped through the scene – Santiaguito was dormant after all, its last bout of bad behaviour having been the 1902 levelling of the nearby mountain city of Quezaltenango – but as so much with this troubled land, all was not as it seemed.

It was early 1996, at the bitter end of a drawn-out 36-year civil war, the longest in Latin America’s gore-spattered history, and somewhere someone was always dying. The Guatemalan newspapers were full of luridly illustrated ways to die: some guy had been decapitated and there sat his head, life-size on a newspaper’s front page, with bits of grass stuck in his hair and his eyelids glued shut by a splash of dried blood; star-crossed lovers had committed suicide with a shotgun and a full-colour photograph showed their brains spattering the wall behind.

It was easy to die in Guatemala in those days – but just as easy to live as if you weren’t in the wrong place at the wrong time. And so I floated like Neptune in a huge stone-lined pool, topped up by piping hot water gushing from the black breast of the volcano, fringed with ferns, at Fuentes Georginas, a hot spring embraced by rainforest.

We could have overnighted in one of the tile-roofed cabins clinging to the volcano-side, but we returned that evening to the town of Quezaltenango. When we arrived at our hospedaje, my companion’s German boyfriend told us that his hike up the other side of Santiaguito that day to visit a promisingly colourful Mayan settlement had met with disaster.

“We got there and the whole village was just smoking ruins,” he said, aghast. “There were all these soldiers walking around and we kinda nervously asked them what happened. They told us ‘There was a sickness here – so we burnt it out’.”

I’ve just been powerfully reminded of this terror-drenched scene, as on 21 May, the genocide conviction of General José Efraín Rios Montt, the once CIA-backed “Pinochet of Guatemala”, whose regime spearheaded the scorched-earth massacres of the 1980s, was overturned on a procedural technicality, the prosecution being rolled back to an earlier stage from which it will have to start again. For me this reversal evoked the failed “Trail of the Generals” in South Africa for the 1987 KwaMakutha Massacre in which 13 people, mostly women and children, were murdered at the hands of an Inkatha death-squad trained in Caprivi by the SADF, and that great photograph by Michael Walker of General Magnus Malan’s twisted simian grimace during the trial, which seemed to reveal his true nature.

Photo: Former South African Defence Minister General Magnus Malan is sworn in before testifying to the Truth and Reconciliation Commission, May 7, 1996. In his testimony Malan urged the Commission, headed by Archbishop Desmond Tutu, to forget about revealing Apartheid crimes so that the country could bury the past and build the future. (Reuters)

The notoriously vicious Guatemalan army – nicknamed the “Spotted Ones” because of their camouflage – had in the 1980s adopted a scorched-earth assault against Mayan communities suspected of supporting the guerrilla insurgency. On occasion, they had been known to round everyone up, women and children included, corral them in the church, throw in a few grenades and burn the entire town to the ground. Every goat, dog and chicken was typically slaughtered. In that decade alone, some 200,000 people were killed, 45,000 permanently “disappeared,” and 400 Mayan villages were obliterated.

In February 1996, this war against innocents was grinding towards its conclusion. Just before I arrived at the town of Panajachel on Lake Atitlán, two British girls had been executed at the side of the road which rings the lake; neither robbed nor raped, but shot in the head and left for the political vultures to swap blame for the atrocity. And just after I left the town, a milkman tried to assassinate new President Alvaro Arzú by ramming him with his delivery truck while out horse-riding; the milkman was shot dead. Guatemala’s Archbishop Tutu, Archbishop Juan José Gerardi, was bludgeoned to death two years after my visit for releasing a report on the atrocities.

In one of those rooms with five rows of plastic seats and a video machine that passed for movie theatres throughout much of Guatemala, I saw a movie called La Hija del Puma (The Daughter of the Puma). It dramatised a Spotted Ones massacre and was being clandestinely circulated by architecture students from the university in Guatemala City.

Barely a month previously, under a weeping sky, I had picked my way through a thorn thicket on a muddy hillside in Shobashobane, KwaZulu-Natal, to find the maggoty body of a man hacked to death on Christmas Day by an Inkatha impi. There was another woman, face-down, the back of her scalp already chewed off by mangy dogs. In Panajachel, the stench of their corpses permeated my sinuses as I was hit by a wave of what I only years later realised was an olfactory hallucination – and I left the movie theatre in tearful shock.

South Africa’s pallid attempt to settle the scores of the past delivered up to justice only Vlakplaas death squad commander Eugene de Kok – just as the Chilean process saw only “Caravan of Death” commander Sergio Arellano Stark doing time. Their ultimate commanders, PW Botha and General Augusto Pinochet, died snug in their beds within weeks of each other in 2006. DM

Main photo: Former Guatemalan dictator Efrain Rios Montt enters in the Supreme Court of Justice on the sixth day of his trial in Guatemala City, March 26, 2013. Rios Montt, 86, the first ex-head of state to stand trial for crimes against humanity in his own country, was not prosecuted for years for alleged atrocities committed during his 1982-1983 rule because of his protected status as a congressman. But after retiring last year, Rios Montt was ordered to face trial by a judge who found sufficient evidence linking him to the killing of more than 1,700 indigenous people in a counterinsurgency plan executed under his command.
REUTERS/Jorge Dan Lopez