The intersection of mob justice and xenophobia: A South African story 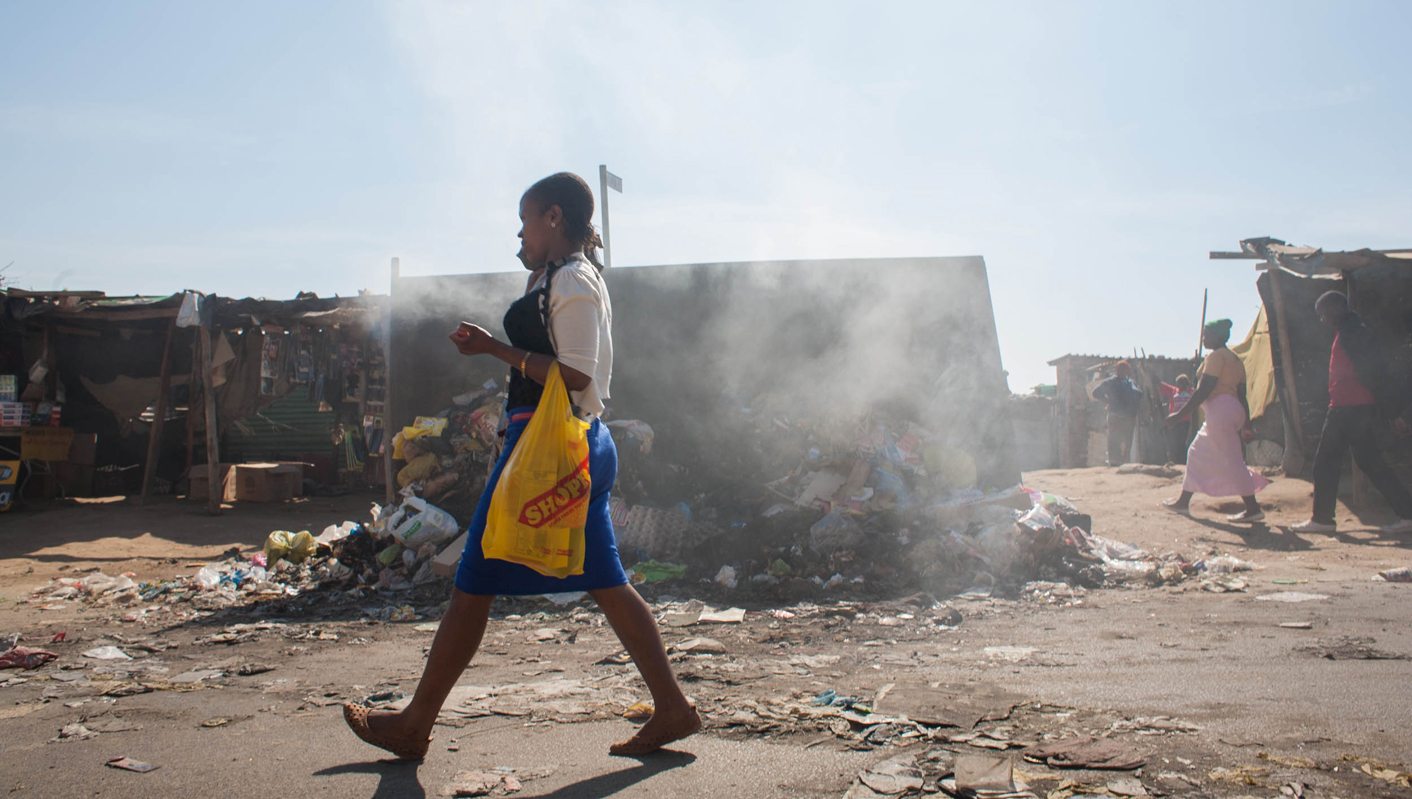 While police have successfully quelled the spike in xenophobic-related violence across the country in the last two weeks, some communities still do not have much faith in the police’s ability to do their work adequately. The resulting trend towards mob justice is not likely to produce any happy endings. By KHADIJA PATEL.

On Thursday the MEC for Community Safety in Gauteng, Faith Mazibuko, re-launched an anti-mob justice campaign in Diepsloot. The timing of the re-launch was apt: last week, Diepsloot was host to a spate of “xenophobic” mob attacks that began after two Zimbabweans were shot by a Somali shopkeeper.

Once the story of what happened spread through Diepsloot, residents looted the Somali’s store as well as 18 others owned by foreign nationals in anger. The shooter is said to have mistaken the Zimbabweans for thieves.

Daily Maverick’s Greg Nicolson reported from Diepsloot last week that the general consensus among the mob was that the killing of two men by foreigners could not be accepted. “You can replace what’s in a store,” a local man told Daily Maverick in response to the anger over the looted stores. “You can’t replace those two souls.”

The DA, too, has deplored the trend towards mob justice in Diepsloot. “The Democratic Alliance (DA) condemns the current spate of xenophobic violence and mob justice taking place in Gauteng. We hope that the perpetrators of the violence in Orange Farm and Diepsloot will be brought to justice,” the party said in a statement from national spokesperson Mmusi Maimane.

Diepsloot has experienced the wrath of vigilante justice in the past.

In 2011, the New York Times magazine famously ran an 8,000 word story on the mob murder of a Zimbabwean man in Diepsloot suspected to be a part of the criminal gangs terrorising the community.

Anton Harber, the author of Diepsloot, a book that reflects on life in the township, told Daily Maverick’s Mandy de Waal in 2011, “Seems to me we can’t understand this country fully or where it is headed unless we have a better understanding of what people in a place like Diepsloot are saying and thinking.”

Harber’s words are especially poignant on analysis of the “xenophobic” violence that spiked dramatically across the country last week.

In northern Port Elizabeth, where police have had to intervene in great numbers, and with some force, to quell attacks against foreign nationals, at least one Somali national has been killed. A man was stabbed and then stoned to death.

On Friday, a video emerged in PE of a mob stoning a Somali man to death. The victim in the video was initially believed to be the second victim of the violence that had plagued northern PE last week. Since then, however, there has been some contestation of the identity of the victim – and indeed the context of that particular incident of mob justice.

“Police say this may have been a different incident of mob justice in Booysens Park [PE], that happened a few days ago,” ENCA reported on Saturday.

In the footage, aired by ENCA and also posted on YouTube, a man is seen being stoned to death by at least three people, one of whom appears to be a schoolboy of about 12 years old.

“This brutal act is nothing but an act of criminality and represents a regressive and backward mentality that perpetuates disunity, hatred and tribalism amongst Africans,” the ANC Youth League said in response to the video.

In Diepsloot, as in Booysens Park and elsewhere in South Africa, foreigners are suspected to be criminals eluding the police. When word of a mob in pursuit of stolen goods spreads, evidence is often an afterthought. The mob delivers its justice regardless.

But in Port Elizabeth last week, the distrust in police to adequately protect residents was shown by foreign nationals as well.

The PE Herald reported that in a convoy of 20 cars, accompanied by men clad in bullet-proof vests and brandishing firearms, foreign shop owners took to the streets in large groups to protect what was left of their possessions after foreign-owned stores were looted. With two opposing sides in one community each hellbent on furthering their own sense of justice, there can be no happy ending.

It is remarkable, then, that the violence in PE, which started with an anti-crime protest earlier last week, eventually turned into clashes between foreigners and South African residents.

The Gauteng provincial government noted in the marketing around the anti-mob justice campaign that the last two months have seen a rise in the incidence of mob justice in Diepsloot. “Since April 2013, the escalation of these threats has brought serious concern on the confidence and trust the community has in policing.”

The phenomenon of mob justice in our country some twenty years after the dismantling of the Apartheid state does reflect an alarming loss of trust in the police in the poorest of South Africa’s communities. It is here in the Diepsloots and Booysens Parks of the country that rates of robbery, rape and murder are among the highest in the world.

To counter what it has deemed “the scourge of mob justice and possible xenophobic attacks”, the Gauteng provincial government has partnered with civil society in Diepsloot in an effort to win back the trust and confidence of the community in the police.

Likewise, police in the North West appealed to the public last week not to take the law into their own hands. That appeal was prompted by the stoning to death of a 25-year-old man in an apparent mob justice incident in Makfikeng. “Police appealed to the community to report cases of this nature, as arrests will be made,” the police’s Pelonomi Makau said.

It is in the North West province, in Marikana, that residents are especially skeptical of the police’s capabilities to protect the community and preserve the law. Last month, two men were killed in an apparent mob justice attack at the Selokong informal settlement in Wonderkop, Marikana. A crowd of residents accused the two men of committing theft and other crimes in the area. The police arrived to find one man dead and another badly burnt, but still alive. He died in hospital the next day.

“This is actually a deeply worrying trend for the police and government because citizens do not have faith in formal institutions and are resorting to violence,” Hennie van Vuuren, director of the Cape Town office for the Institute for Security Studies, told Reuters last year about the trend of mob justice in townships.

“It is very possible that some of the victims may well be innocent.”

In Booysens Park, Diepsloot, Marikana and Sebokeng last week, as with many incidents of mob justice, police have rounded up a number of people suspected of involvement, but the chance of securing any conviction is remote. DM