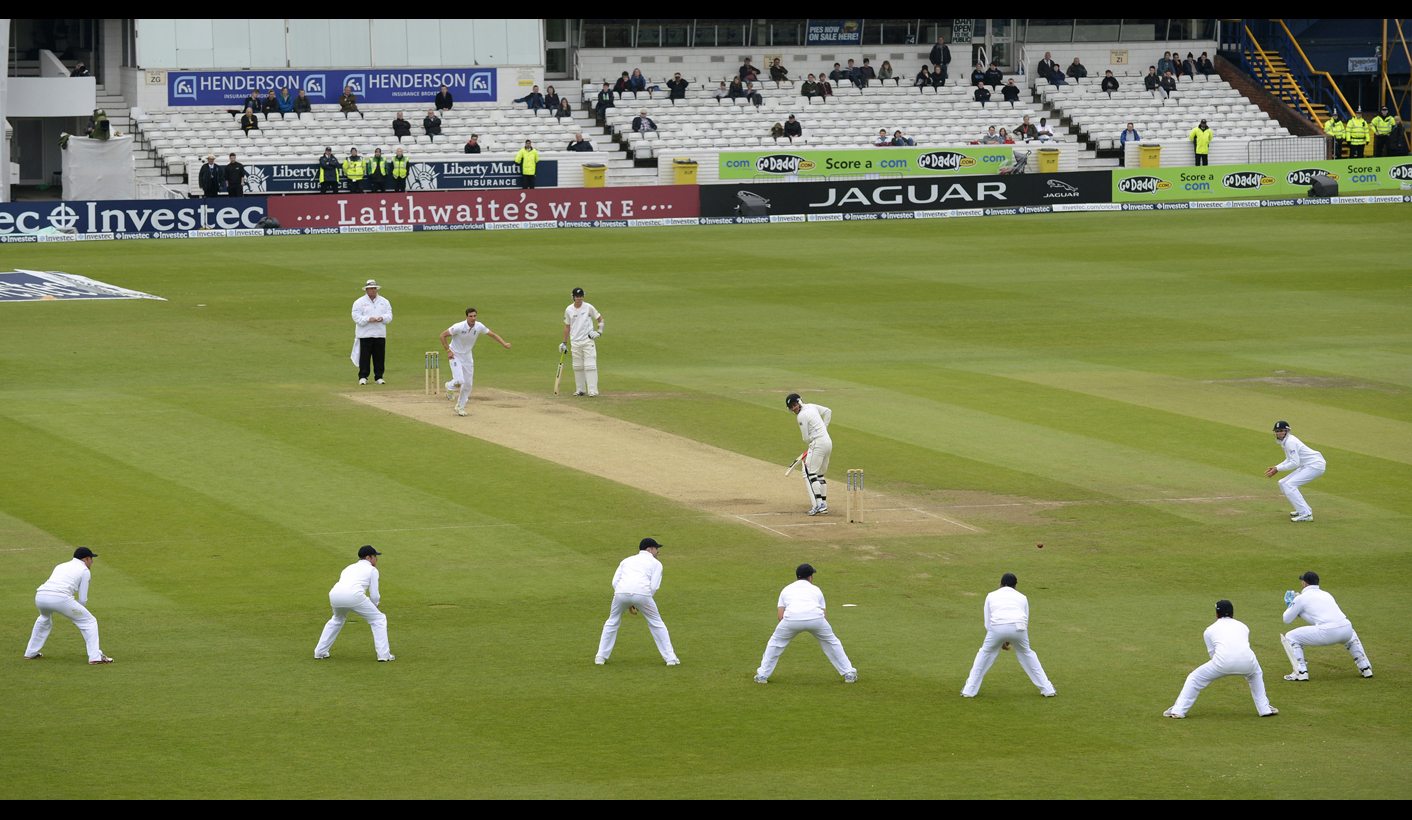 The ICC’s cricket committee has once again waxed lyrical about the importance of Test cricket and has called for full members to play a minimum number of Tests within a four-year period. It’s a quaint notion, but the longest format has a long way to go to get itself in order. By ANTOINETTE MULLER.

Few things are as heartily debated as the health and future of Test cricket. Everything from innovative shots to advertising, the rise and rise of global T20 competitions and instances of Test-series being truncated to make room for shorter formats of the game, has been seen as a sure sign that Test cricket is on a downward spiral.

While it’s true that there are some threats to Test cricket, it is, overall, in a healthy state; and on Wednesday, the International Cricket Council’s (ICC) cricket committee reiterated its support for the format, saying that countries could risk losing their status unless a “minimum number of Test matches [was played] over a four-year period”.

The committee, which comprises former India captain Anil Kumble, ex-England skipper Andrew Strauss, Sri Lankan player Kumar Sangakkara and the controversially elected Laxman Sivaramakrishnan, voiced concerns about several examples where Tests were postponed to make way for the shorter format of the game, as well as other domestic tournaments.

One such example is South Africa’s tour to Sri Lanka, where the Tests of the tour were moved. And while it wasn’t cited as a reason, the Sri Lankan Premier League T20 competition, which is due to run in August, almost certainly played a part in this decision. There is also a tri-series in the Caribbean scheduled for Sri Lanka, India and the West Indies, all of which meant that Test cricket was shoved aside.

It’s not the only example of its kind, either. Sri Lanka and West Indies were scheduled for a full tour in May this year: two tests, three ODIs and two T20s, according to the Future Tours Programme (FTP), but opted for the Caribbean tri-series later in the year instead. Such blatant disregard for the FTP is a cause for concern, and while the argument that Test cricket simply isn’t a money spinner does hold water, it is up to the ICC to find a way to make the format more lucrative.

The committee believes Test cricket needs more support in order to retain its place at the pinnacle.

“The ICC cricket committee reiterated its support for the strategy of ensuring an optimum balance and a clear differentiation between the three formats of the game, and noted the need to ensure that Test cricket, in particular, was protected,” it said in a statement.

“Noting the examples during the year where Test matches had been postponed to make room for other formats of the game, the committee recommended that all Test-playing members should be required to play a minimum number of Test matches over a four-year period in order to maintain their Test status.”

The committee reportedly wants the minimum number of Tests for full members to be four a year, which will mean that teams would need to play 16 Tests  over a four-year period. While that is easily achievable for some of the bigger Test nations, the smaller sides will struggle, especially as people’s interest in the format continues to wane.

The majority of players still believe that Tests play the ultimate role,  but there has been a  shift in the mindset of some – and who can blame them?

When the money on offer for a little bit of hit and giggle far outweighs the returns from Tests, it’s no wonder players are happy to give up representing their countries for the lure of T20 dollars. Similarly for boards – filling stadiums for five days of a Test is not that simple, but that is where the ICC has to step in to help with monetising the opportunities through broadcasting revenue and advertising revenue. True, it’s far harder for lower ranked teams, but it’s not an impossible quest.

The committee reiterated its support for a World Test Championship and stated that it supported the concept of a Test play-off “as the climax to a qualification period of bi-lateral FTP matches with the ICC Test Rankings being used to determine the qualifiers for this event”.

The first Test Championship was due to take place in England this year, but plans had to shift when official realised that commercial agreements to stage a one-day event wouldn’t allow for it. That one-day event is the Champions Trophy, which will start in England next week – the last edition of the tournament.

The reward for the Test Championship winner could be fairly lucrative when it eventually does take place, with the ICC already increasing the money for the top-ranked Test team this year. South Africa walked away with $450,000 for being ranked number one in the world, and a total of  $3.8m was shared amongst the top four teams.

Money certainly isn’t everything, but it does go a long way to incentivise teams. Equally important is a way to bridge the gap between the “smaller” teams and the big teams, who seemingly have an endless production line of talented players. Ensuring solid first-class structures for all full members is just one way of doing so, and while playing a lot of Test cricket is important too, it would be grossly unfair to continuously pit a side like Bangladesh or Zimbabwe against a powerhouse like South Africa or even England. While David and Goliath battles sometimes have a romantic ending, they can also foster disinterest. What fan in their right mind would want to continuously watch their side get rolled over with zero prospect of improvement?

It’s all good and well to debate the importance of Test cricket and how many Tests should be played, but that’s a very shallow view of the greater picture. A Division One and Division Two Test team tier has some merit, but one can’t help but feel there are some sides which will simply never be elevated out of the bottom tier.

That Test cricket needs help to stay on its feet, there is no doubt. There are some very apt brains looking after it, who know what’s best for it. But simply waxing lyrical about it will do the format little good. DM

The committee is due to meet with the ICC at the annual conference late in June to further discuss these concerns and issues and, hopefully, draft a more detailed plan for where to the game goes from here.