The Under-appreciated Tensions Between China And Brazil 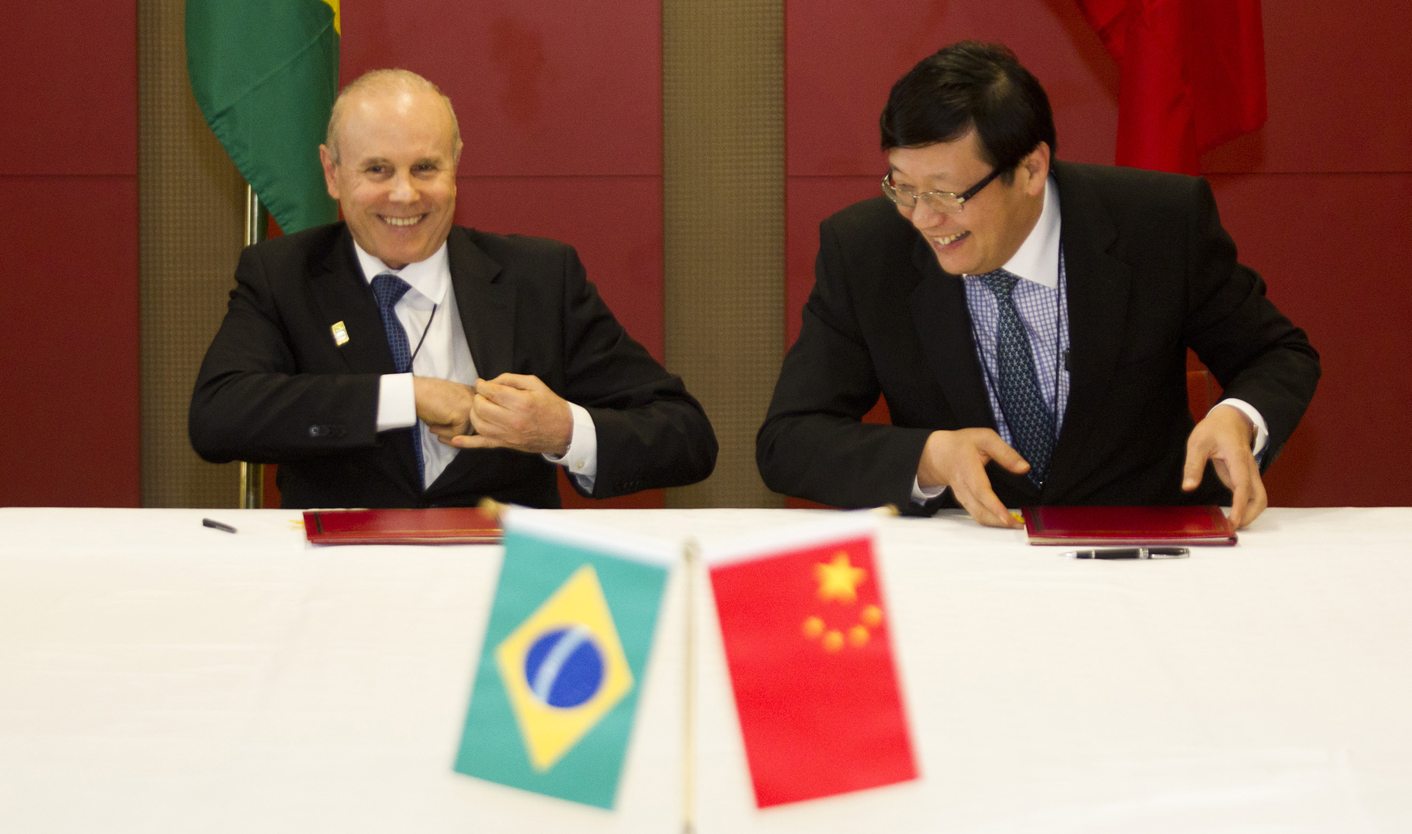 If you believed the conventional wisdom, this week's meeting between Chinese Premier Li Keqiang and Indian Prime Minister Manmohan Singh was bound to be fraught. The leaders of the world's two largest countries, only a month removed from a standoff in the Himalayas, were meeting. Acrimony was sure to follow, right? By Ian Bremmer.

No. Instead, Li said he offered India a “handshake across the Himalayas” and mused about how China and India could increase their trade to $100 billion by 2015. China and India, you see, aren’t as antagonistic as pundits make them out to be.

Aside from each having more than 1 billion people, China and India actually have very little in common. The two are divergent – yet their economies are largely complementary. India is struggling to regain its torrid growth of the mid-2000s; China is closer to maintaining it. India, thanks to corruption and regulation, doesn’t build much infrastructure; China can’t stop. Indians have started to bring their entrepreneurship to China, since their domestic market is so flawed and because China itself has so few entrepreneurs. China, meanwhile, has started to send some basic low-scale manufacturing to India, as the cost and quality of Chinese labor rises.

Global policy wonks have long worried that in 20 years, India and China would both be so big that a conflict would become inevitable. Whether the conflict stemmed from security concerns or resource restraints – for example, China and India constitute 37 percent of the world’s population but have just 10.8 percent of the world’s fresh water – the two countries were on track to greater antagonism. It turns out these concerns are overblown.

There is, however, a brewing tension between China and Brazil that people don’t fully appreciate. China and Brazil are two countries with steady growth, activist state sectors and hugely popular governments. They’ll be in the same corner of the world stage for decades. Both argue for a more multi-polar and equitable world order – read: one that is less U.S.-driven – which makes them good fits for the BRICs. But when you compare the Brazilian and Chinese visions of what this new order should look like, it’s clear there is a very small common denominator on most issues, from currency to climate change to human rights.

On the surface, there is ample reason for coordination and economic complements between the two countries. Brazil is a huge exporter of commodities, and China is a big consumer. They don’t share a border, and they invest in each other’s economies. The Chinese government and state-owned enterprises, always in need of food for China’s 1.3 billion people, are buying up Brazilian land and investing in Brazilian companies. China, meanwhile, is Brazil’s biggest trade partner, “with imports and exports between the two countries reaching $75.5 billion last year,” according to Bloomberg.

But we shouldn’t be fooled by these synergies. Beneath the surface are growing pressures, even if neither power will publicly admit it. Brazil shies away from criticizing China directly, but that doesn’t mean tensions aren’t growing. In fact, Brazil’s hesitancy is symptomatic of the countries’ increasingly complex relationship.

What is the trouble with such economic collaboration? Take Embraer, the Brazilian aerospace conglomerate. A decade ago the Chinese promised that a deeper investment in the country would increase production and sales. Although Embraer still makes money and sells jets in China, plans to expand never got off the ground. The Chinese government was slow to deliver on its promises, like its pledge to give local airlines incentives to buy Embraer’s jets. On top of that, Embraer’s joint venture with China’s state-controlled company, China Aviation Industry Corporation II (AVIC II), inspired a Chinese-owned sister company, AVIC I, to develop a regional jet that was eerily similar to the Brazilian company’s model. Embraer saw firsthand how intellectual property can be siphoned and investment treaties can be disregarded in China.

The deepest point of tension is that Brazilian manufacturers are getting killed by cheap Chinese imports that make Brazil’s industry uncompetitive in the global marketplace and at home. President Dilma Rousseff’s administration has responded by levying import tariffs on some industrial goods. Without naming China, the bill is clearly aimed most at Chinese imports. Rousseff has also put in place local content rules in areas that hit the Chinese hardest (things like car manufacturing plants). On top of this, as China grows over time, Brazil and China’s companies may increasingly compete to attract medium-skill manufacturing jobs.

These tensions don’t just play out in Brazil and China’s backyards. In Africa, headlines focus on China’s increasingly dominant investments across the continent. But less attention is given to Brazil’s expanding ties, particularly in Lusophone (Portuguese-speaking) countries such as Angola, Mozambique, Guinea-Bissau, Cape Verde and Sao Tome and Principe. Brazil’s growth and active promotion of its national champions have deepened these relationships, including Petrobras as a key player in Angola’s oil sector and Vale’s world-class Moatize coal project in Mozambique. As Brazil competes to challenge China’s role as investor-in-chief in Africa, it’s creating a growing rivalry between the two powers. Since the Chinese have far more financial resources, Brazilian companies and many government officials see Chinese checkbook diplomacy as a potential threat to Brazilian investments in the region.

Rousseff has also undertaken a subtle shift in foreign policy, focusing on economic issues. This exacerbates all of the above, as it is clearly the economic plane rather than security concerns that put Brazil and China most at odds. Under former Brazilian President Lula Inacio da Silva, the name of the game was bolstering South-South cooperation. Rousseff is more sensitive to demands from Brazilian industrialists who complain of Chinese imports, and her stance toward China is more nuanced and prickly as a result.

The BRICs, even with their new development bank, are not a happy family, nor have they ever been. In a globalized, G-Zero world, there’s too much competition and their interests and priorities are too diverse. The countries don’t necessarily share ideologies, politics or goals. For Brazil, the BRIC label brings prestige; it’s a stepping-stone to a more prominent global role. Brazil wants to be a player; India wants to catch up; Russia wants to be a bully; China wants to be the boss. Conflict, in other words, is inevitable. But that the most underappreciated tension is between Brazil and China? That’s a surprise.

(This column is based on a transcribed interview with Bremmer. Ian Bremmer is the president of Eurasia Group, the leading global political risk research and consulting firm. Bremmer created Wall Street’s first global political risk index, and has authored several books, including the national bestseller, The End of the Free Market: Who Wins the War Between States and Corporations?, which details the new global phenomenon of state capitalism and its geopolitical implications. He has a PhD in political science from Stanford University (1994), and was the youngest-ever national fellow at the Hoover Institution.) DM