Into the rabbit hole, or, ridiculous and ridiculouser: The NPA wants another showdown with Breytenbach 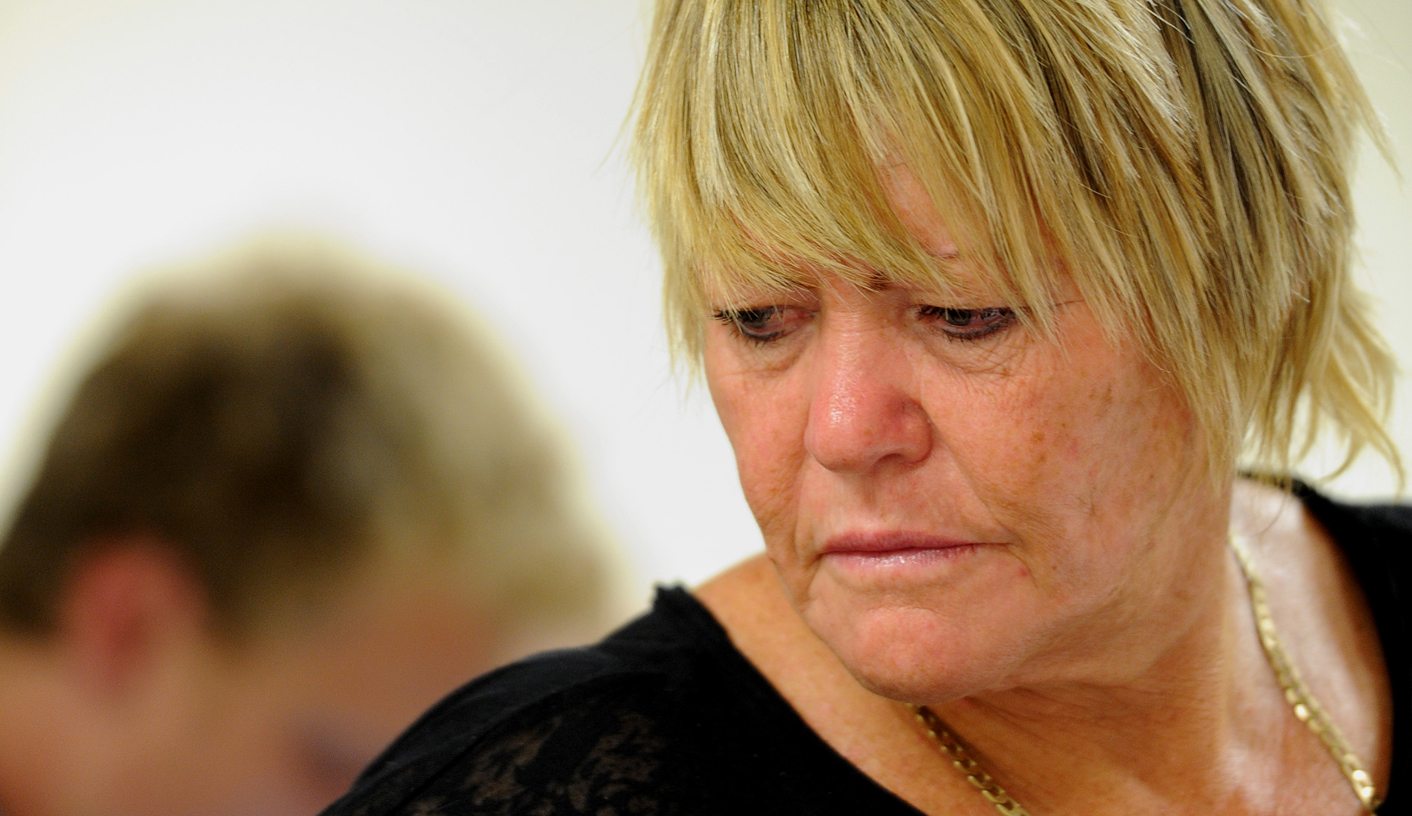 On Monday, in case you missed it, a disciplinary inquiry by the National Prosecuting Authority found prosecutor Glynnis Breytenbach not guilty on all counts. On Tuesday, the NPA hit back with a statement of its own. Fasten your seatbelts, because this may hurt your senses. By STEPHEN GROOTES.

Breytenbach had been suspended for over a year, and was charged with abusing her authority in the ICT Trading mining rights case. It’s long, it’s complicated. But Breytenbach has always said she was suspended only because she wanted to continue with the prosecution of former Police Crime Intelligence head Richard Mdluli.

But first, let’s take a quick journey into another world: The second installment of the five-volume Hitchhikers Guide to the Galaxy commences with our intrepid travelers seated around a table at the Restaurant at the End of the Universe. A cow walks up to them, and starts to offer them, in very precise English, parts of itself. Would you like a bit of my shoulder? It’s very tender. Or about about some rump? It’s a scene unlikely to feature in any animal lover’s bookshelf anywhere. It’s completely unreal, like a bad chemically enhanced trip.

One gets the same sense reading the NPA’s response to a ruling in which the presiding officer, who, don’t forget, was picked by the NPA, yet found absolutely no evidence to back up any of the charges brought against Breytenbach. It was a ruling so clearly in her favour that it seems completely obvious, to the reasonable person, that she was only suspended to be stopped from investigating Mdluli.

Unfortunately, the presiding officer did not have to make a finding on whether that was the case: he only had to say whether or not Breytenbach was guilty of the charges brought against her. That’s how the law works, and he was wise to stick to the charges and facts. But, when you consider that this is a prosecutor who normally works on the most high-profile cases, that has been suspended for a year, and is then cleared of every single charge, because there simply “no evidence” to substantiate them, then you know something else is afoot.

Just like we don’t have cows walking up to us at The Spur of a Sunday evening, so it is that the reason given for the suspension cannot be the stated reason.

Just to get the full value from the NPA’s statement, it’s worth quoting at length:

The findings are factually incorrect and legally unsustainable. The findings have serious implications on the enforcement of discipline in the NPA and will elevate insubordination, disobedience and unethical conduct into acceptable practice in the workplace, something which goes against employment law in our constitutional state.

That’s right; they claim the findings are legally unsustainable. It ends with the announcement that the NPA is now going to seek a judicial review. In other words, it’s going to court, to ask a judge to overturn a decision made by its very own body.

Now, let’s stop and think for a moment, before that cow comes wondering back.

It’s not like the presiding officer decided Breytenbach was only guilty of the lesser offences. It’s not that there was evidence, but that the balance was towards innocence. This is not about reasonable doubt, or a question of interpretation. It’s not about whether cows use the Queen’s English or Russian when describing their tastiest bits.

The finding was that there was no evidence. None. Nada. Nothing. Like cows offering themselves up for dinner, it doesn’t exist. Never has, never will.

So then, if that is the case, and if the NPA is going to court, the question we have to ask is, of course: why?

To examine this, we need to go back to the reason Breytenbach was suspended. She was the person investigating Mdluli, a man who appears to be very close indeed to Number One. Mdluli is also close to the Acting Head of the NPA Advocate Nomgcoba Jiba (although considering her acting stint has now gone on for a year, she seems more permanent than some of Number One’s ‘permanent’ appointments), and the head of the NPA’s Specialised Commercial Crimes unit, Advocate Lawrence Mrwebi. When Jiba was about to lose her job, it was Mdluli, we understand, who was able to procure some spy tapes to help her out. (Spy tapes, unlike talking cows, very much do exist in our surreal world).

So then, if we assume the main point of this entire action has been to protect Mdluli, or to simply help Number One wherever possible, then we must go back to Breytenbach’s stated intent after winning her case on Monday. She wants to go back to the cases that were on her desk. She wants to keep investigating, and prosecuting Mdluli, as well as many others. The aim of the NPA’s announcement, as well as the stated intention, is to stop the Mdluli investigation.

Unfortunately, this is not easy to accomplish, not if you have no legal basis anymore to stop Breytenbach from doing exactly that. There is only one card left to play. You use Number One’s favourite strategy.

You appeal. Even when you know you are going to lose hands down.

By doing that, hey presto, you produce your talking cow. You are able to legally keep Breytenbach on suspension. You are able to keep the Mdluli case well away from her. You are able to make sure that she does not get to put her forensic instincts on the scent of whatever nastiness it is that you’re hiding.

The NPA, one would think, would deny that. But the organisation has not been doing interviews since Monday’s ruling. Oh, it’s delivered the standard “We’re studying the judgment” line. But that’s what someone says these days when they’ve been caught out. It’s a nullity. It means nothing. Like the evidence brought against Breytenbach, it doesn’t really exist.

Mark my words, when the NPA loses in court, it will probably try to appeal that. At some point a judge will lose their temper and throw the whole thing out. About two years from now. And about five million of our bucks, not theirs. Only then will Breytenbach be allowed back to her desk. And who knows what Mdluli will be doing by then? Perhaps he’ll be Number One in the police, or running some other show completely, untouchably. Either way, by kicking into the long grass, any investigation or prosecution into him by Breytenbach will be delayed for close to eternity.

In the meantime, we sit, in the stalls in the Resturant at the End of our Universe, wondering how on earth it came to this. And the bloody cow keeps on talking. DM

With apologies to our hero, Douglas Adams.

Grootes is an Eyewitness News Reporter, and the host of the Midday Report on Talk Radio 702 and 567 Cape Talk.