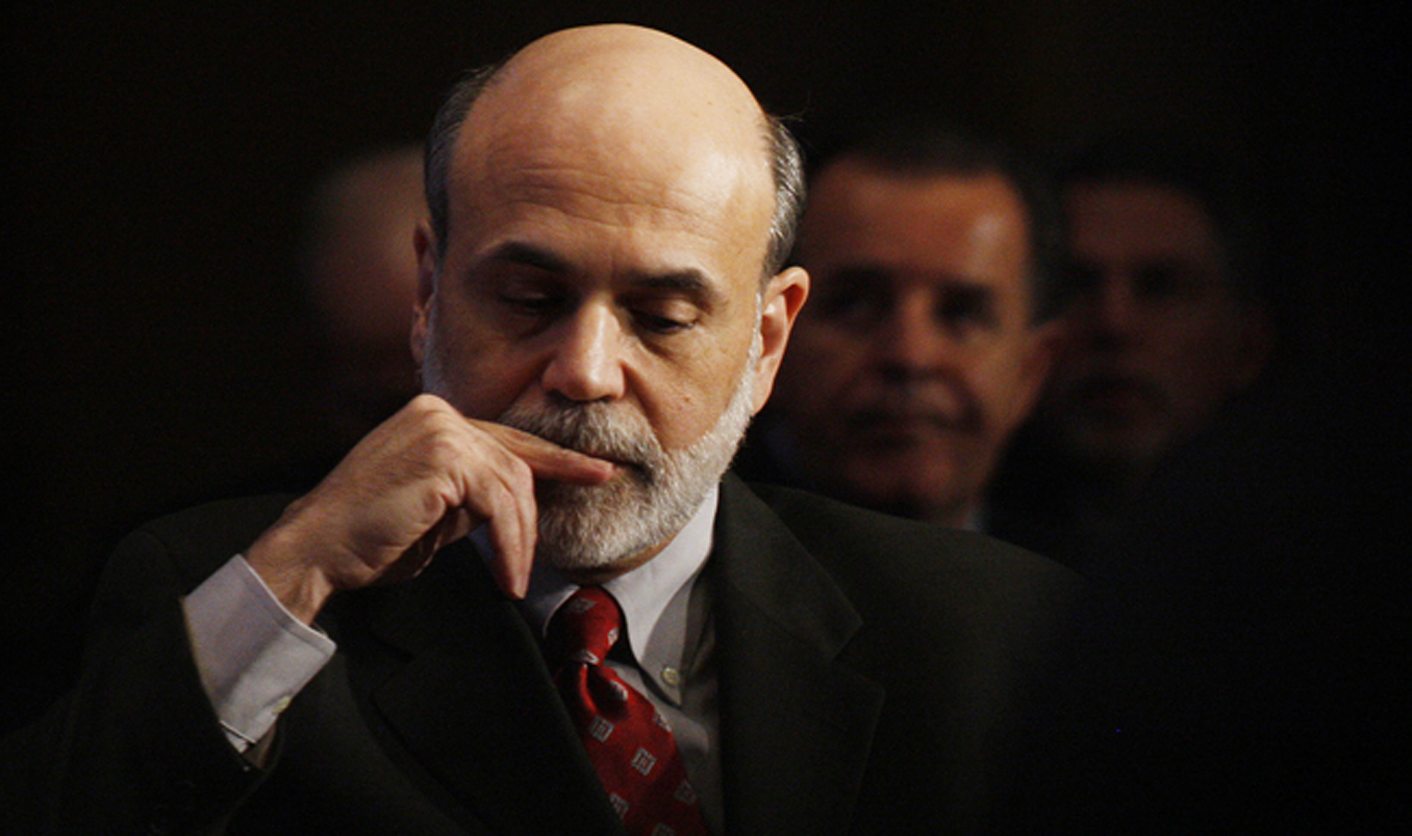 The Federal Reserve's monetary stimulus is helping the U.S. economy recover but the central bank needs to see further signs of traction before taking its foot off the gas pedal, Fed Chairman Ben Bernanke said on Wednesday. By Pedro da Costa and Alister Bull.

A decision to scale back the $85 billion in bonds the Fed is buying each month could come at one of the central bank’s “next few meetings” if the economy looked set to maintain momentum, Bernanke told Congress.

But minutes from the Fed’s most recent meeting released on Wednesday showed the bar was still relatively high.

“Many participants indicated that continued (job market) progress, more confidence in the outlook, or diminished downside risks would be required before slowing the pace of purchases,” according to minutes from the April 30-May 1 meeting.

In testimony that showed little immediate desire to retreat from the Fed’s third and latest round of bond buying, Bernanke emphasized the high costs of both unemployment and inflation, which respectively continue to run above and below the Fed’s targets.

Still, financial markets focused on the possibility that Fed purchases will be scaled back later this year. The S&P 500 closed 0.8 percent lower, the dollar hit a near three-year peak against a broad basket of currencies, and the bond market sold off sharply. Yields on 10-year Treasury notes jumped back above 2 percent to their highest levels since mid-March.

The central bank is currently buying $45 billion in Treasury bonds and $40 billion in mortgage-backed debt each month to keep borrowing costs low and encourage investment, hiring and economic growth. It is the third round of asset purchases, or quantitative easing, since the Fed drove interest rates to near zero in late 2008.

“I believe the Fed, while feeling more confident in the economy bottoming, is not yet comfortable with ending QE and the U.S. economic crutch it offers,” said Douglas Borthwick, managing director of Chapdelaine Foreign Exchange in New York.

Bernanke noted that the main inflation gauge the Fed monitors rose just 1 percent in the 12 months through March, just half the central bank’s 2 percent target.

Part of the reason, he said, was a decline in energy prices. But there were also indications of more broad-based disinflation, Bernanke said.

He said the Fed was prepared either to increase or reduce the pace of its bond buys depending on economic conditions, as the central bank stated on May 1 after its last policy meeting.

“If we see continued improvement and we have confidence that that’s going to be sustained then we could in the next few meetings … take a step down in our pace of purchases,” he said.

“If we do that it would not mean that we are automatically aiming toward a complete wind down. Rather, we would be looking beyond that to see how the economy evolves and we could either raise or lower our pace of purchases going forward.”

U.S. economic growth rose to a 2.5 percent annual rate in the first quarter following an anemic end to 2012. The unemployment rate has fallen to 7.5 percent from a peak of 10 percent, but remains, as Bernanke put it, “well above its longer-run normal level.”

Recent economic data have been mixed. Job growth, retail sales and housing have all shown some vigor, but factory output has been contracting.

Bernanke said some headwinds facing the economy, including the debt crisis in Europe, have been dissipating. But he said a sharp tightening of the U.S. government’s budget had become too big of a drag on growth for the central bank to offset fully.

Bernanke told the committee the Fed was aware of the risk that keeping monetary policy too easy for too long could fuel asset price bubbles. However, he said the central bank believed major asset prices were justified by the economy’s fundamentals.

Further, he warned of the risks to pulling back on stimulus too early.

“A premature tightening of monetary policy could lead interest rates to rise temporarily but would also carry a substantial risk of slowing or ending the economic recovery and causing inflation to fall further,” Bernanke said.

He also suggested the Fed could refrain from selling off some of the mortgage-backed securities it has acquired when the time finally came to tighten monetary policy. “I personally believe that we could exit without selling any MBS,” he said.

TOO SOON TO TAPER

In separate remarks, New York Fed President William Dudley stressed that uncertain economic conditions meant it was too early to determine whether to taper the Fed’s bond purchases.

“I think three or four months from now you’ll have a much better sense of ‘Is the economy healthy enough to overcome the fiscal drag or not?'” Dudley said in a Bloomberg TV interview that took place on Tuesday but aired on Wednesday.

Dudley added that it would be possible to dial down the program by the fall “if the economy does better and if the labor market continues to improve.”

The minutes of the last Fed meeting said a number of officials expressed a willingness to taper bond purchases as early as the upcoming meeting on June 18-19 if there were signs of “sufficiently strong and sustained growth.” But views differed both on how to gauge progress and on how likely it was that that threshold would be met.

Asked whether the Fed would curtail the pace of its bond purchases by the Sept. 2 Labor Day holiday, Bernanke said simply: “I don’t know.” DM