GuptaGate, the scandal that keeps on giving

GuptaGate, the scandal that keeps on giving 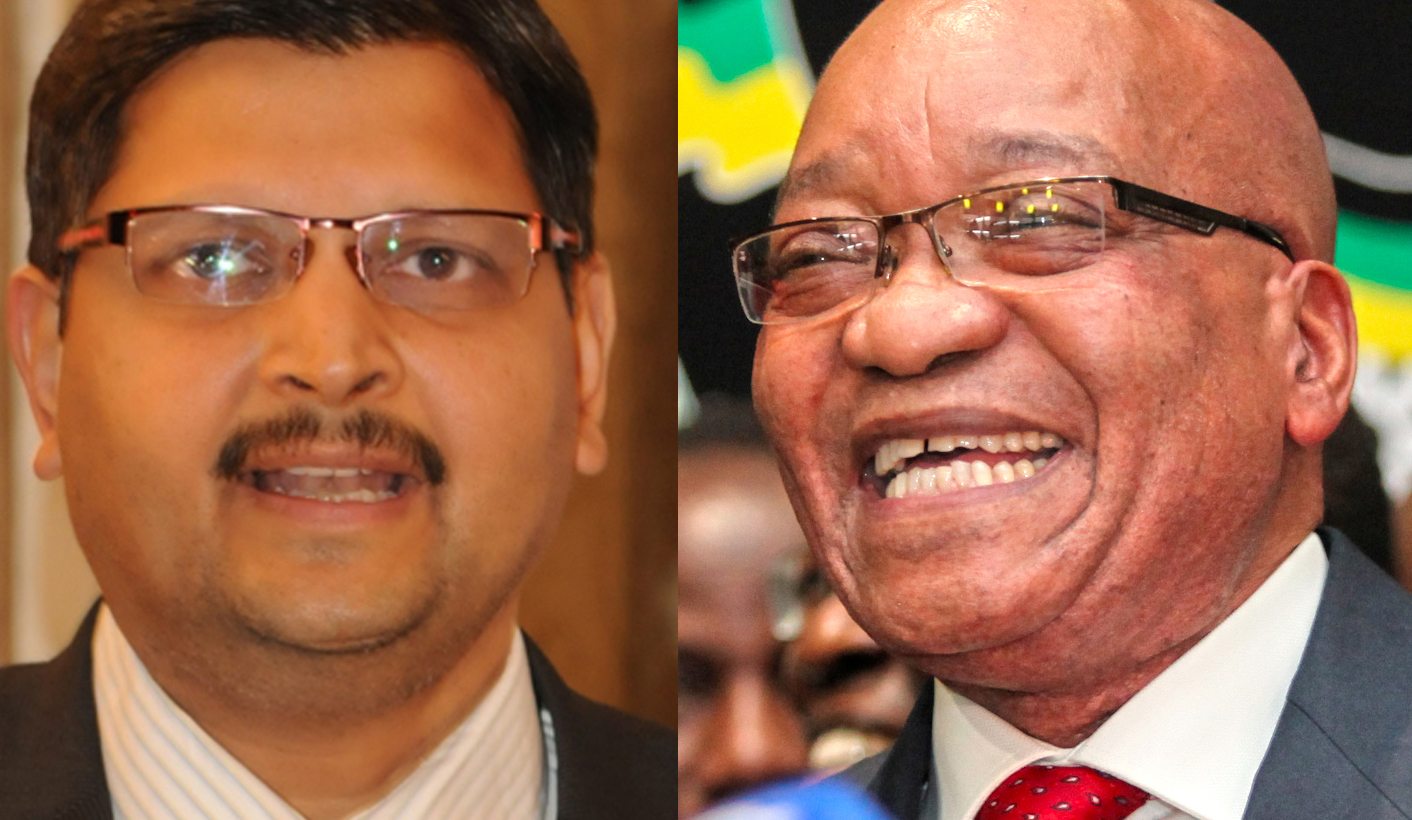 As media continue to shine a light on the wealth and influence of the Gupta family (and its link to President Jacob Zuma), those caught in the crossfire are scurrying to clear their names. None of it implicates anyone else of course. GREG NICOLSON’s not buying it.

There were two statements of ‘not guilty’ on Tuesday, both relating to the Guptas (let’s not even begin to talk about the shameful handling of the Anene Booysen case). One relates to the landing of a private plane at the Waterkloof Air Force Base in Pretoria. The other relates to the Guptas each month saving roughly the amount most workers are striking for by mysteriously having a Saxonwold property valued at pre-1994 rates.

The first questions what we’re told the Justice, Crime Prevention and Security Cluster report into the Waterkloof scandal found. Justice Minister Jeff Radebe suggested an individual at the Indian High Commission went rogue and assisted the Guptas outside of the normal diplomatic channels. “An individual in the Indian High Commission communicated directly with individuals at the Air Force Command Post. The collusion of officials resulted in the irregular approval of the flight clearance,” said Radebe on Sunday. He said after the minister of defence and military veterans rejected the plan to land at Waterkloof, the individual at the high commission re-designated the guests to the Gupta wedding as diplomatic and without sending an official note verbale consorted with Air Force officials to organise the landing “under the cover of diplomatic privilege”.

The reported findings were clear. The Gupta family used an Indian High Commission official who then used Department of International Relations and Cooperation (Dirco) staff and Air Force personnel – all against due process and without executive knowledge, of course.

The Indian High Commission defended itself on Tuesday. It confirmed earlier reports that a letter was sent to “the Chief of Defence Foreign Relations in the South African National Defence Force (SANDF)” on 28 February and claims  authorisation to land at Waterkloof was granted on 9 April. Contrary to Radebe’s comments, the Indian High Commission said its letter was “the standard and official channel of communication prescribed for communications by the defence advisors based in South Africa. Copies of these communications are not usually sent to Dirco. Mission’s request was made full two months in advance from the date of the scheduled landing of plane and all requested information was provided to the concerned authorities.”

The high commission is standing by its employee who the South African government blames for colluding with Air Force and Dirco staff. Disagreeing with Radebe, it says standard diplomatic channels were followed. Then again, it also stands by the argument that a number of the wedding guests were on official visits to South Africa. According to a Mail & Guardian investigation, that claim holds little water.

With all this talk of diplomatic notes, claims, and counter claims, it might be hard to remember the source of the controversy. There are three brothers with the surname Gupta – Ajay, Atul and Rajesh. They own an expansive property in Saxonwold (as far as we can establish it’s not a national key point, but who knows?).

The Saturday Star revealed this weekend: “The Gupta family’s main residence – a mansion on three levels on a large piece of land in one of Johannesburg’s most expensive suburbs – has been valued at only R490,000 in the latest municipal valuation roll. This is less than the property – set on a 4,207m² plot – was worth in May 1994 when it changed hands for R559,000 and less than half its value of R950,000 in October 1995 when South Africa’s property market languished in the doldrums.” And you thought Saxonwold was an area worth investing in!

One of the four adjacent stands comprising the family compound went from a value of R16.89 million in 2008 to R490,000. Looking at the range of properties, valuator Mark de Klerk told City Press, “I have noticed that the value of the Gupta properties has dropped significantly. At 1 Saxonwold Drive, the value dropped from R9 million to R7 million (22%) and the property on Northwold Drive from R6.02 million to R3.33 million (44%).” Basically, while many Joburgers fight against steep, often arbitrary, increases, the Guptas look to be saving about R100,000 a year on rates.

The City of Johannesburg tried to clarify the matter on Tuesday. Kgamanyane Maphologela, from the city’s revenue shared services centre, issued a statement to clear up the matter. The city objected to the valuations in the period between the publishing of the general valuation roll and the final date the city has to comment on the issue, he said.

“The 14 properties on the valuation roll, which can be attributed to the Gupta family companies which own the properties in Saxonwold valued at R206,920,000 increased in value by 20%, from R172,103,000 in the GV 2008 roll. Of the 14 properties the city objected to four as being undervalued including the property referred to in the Saturday Star of 18 May 2013 valued at R16,890,000 in 2008 and R490,000 in 2013. It is therefore, a grave oversight that information, which is publicly available, is used to sensationalise a transparent process to ensure a credible valuation roll.”

All’s well that ends well then, it seems. The City of Joburg caught its error in due time and well, the Indian High Commission is exonerating its staff but is too careful to implicate or to make allegations about the government.

But South Africans are a bunch of skeptics, curse them. Why, some might ask, did close affiliates of the president initially receive such massive discounts on their property rates? For what reason did the Indian High Commission send its request for landing at Waterkloof in February, before the Free State government issued an official invite to a minister in Uttar Pradesh state? What role does the president or his influence have in all this? He’s reported to make weekly visits to Saxonworld and the president’s family have business ties with the Gupta family (wouldn’t that have made a cute wedding).

Of course, while trying to clear their names no one involved is implicating anyone else. And it’s those who add up what we know rationally who start to feel irrational as the government spins the story. Such is the brilliance of Zuma. DM