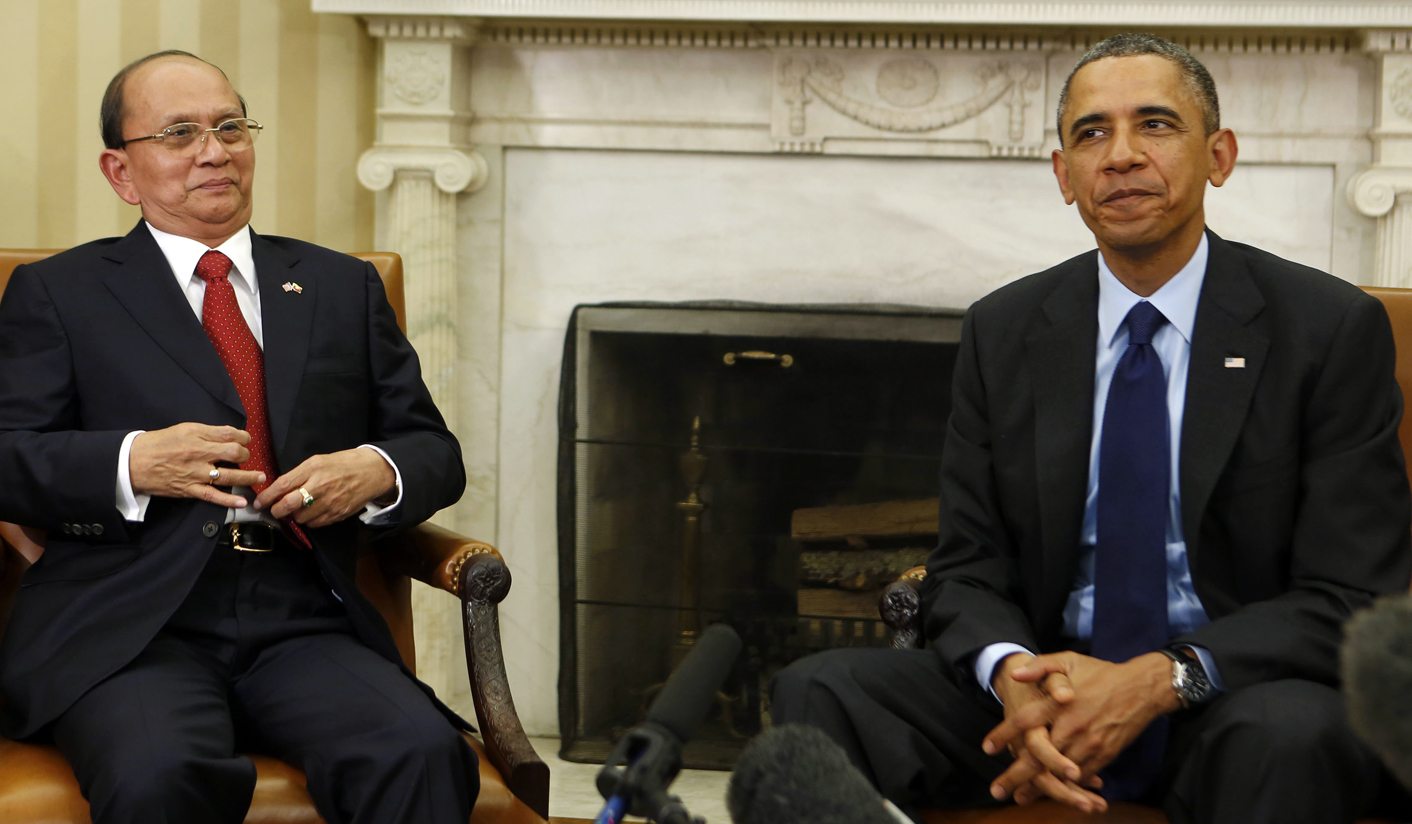 President Barack Obama urged the president of Myanmar on Monday to take steps to halt violence against Muslims in his country and move ahead with economic and political reforms. By Paul Eckert.

Thein Sein became the first head of Myanmar to visit the White House in 47 years, and he and Obama sat down for talks in the Oval Office.

Obama said the Myanmar leader had assured him that he intends to move forward on releasing more political prisoners and institutionalizing political reforms that have already taken place. Thein Sein also vowed to resolve ethnic conflicts by incorporating all communities into the political process, Obama said.

“I also shared with President Sein our deep concern about communal violence that has been directed at Muslim communities inside Myanmar. The displacement of people, the violence directed towards them needs to stop,” Obama said.

Sein, speaking through a translator, said his country faces a “daunting task” in carrying out reforms but said for democracy to flourish in Myanmar the reforms must be carried out in the years ahead.

Myanmar will need the “assistance and understanding” of the international community, including the United States, as it goes through the process, he said.

Rights groups and some U.S. lawmakers fear Obama has moved too quickly since forging a dramatic breakthrough in relations in 2011 after half a century of military rule in Myanmar, also known as Burma.

At least 192 people died last year in violence between Buddhists in Rakhine and Rohingya Muslims, who are denied citizenship by Myanmar. Most of the victims, and the 140,000 people made homeless in the attacks, were Muslims. DM

Photo: U.S. President Barack Obama sits next to Myanmar’s President Thein Sein (L) in the Oval Office at the White House in Washington May 20, 2013. Obama said on Monday that Thein Sein planned to release more political prisoners and institutionalize democratic reforms in his country. REUTERS/Larry Downing