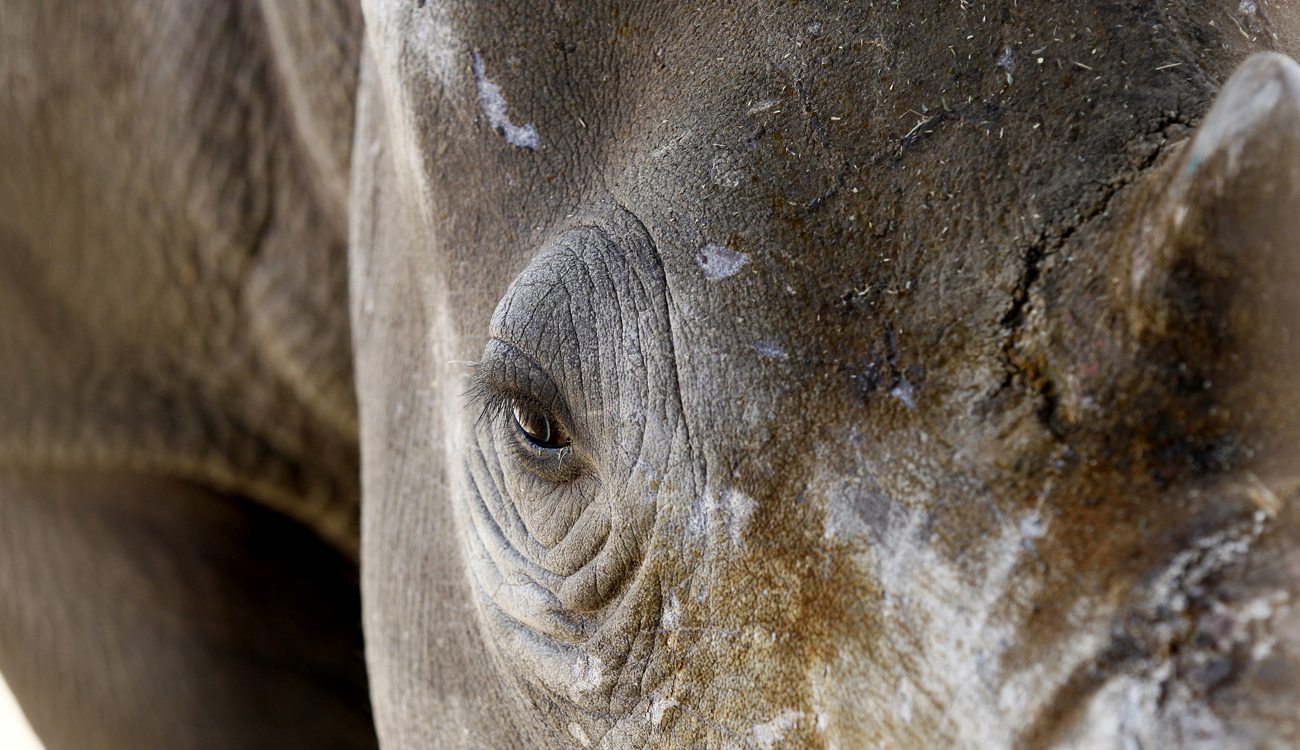 A father and son team from Orange County in California, described by prosecutors as being “at the apex of the rhino horn smuggling pyramid within the United States”, have each been sentenced to more than three years in jail on federal smuggling and money laundering convictions. By FIONA MACLEOD.

Vihn Chuong “Jimmy” Kha and his son, Felix Kha, ran a lucrative US-based smuggling operation that prosecutors linked to rising levels of rhino poaching in South Africa, where at least two of the endangered animals are presently killed each day.

The duo ran a smuggling ring linked to the purchase of at least 232 rhino horns, which were exported to Vietnam and China to be made into carved libation cups and traditional medicines. Charges against them included dealing in 128 horns from black rhinos, the most threatened of Africa’s two species of rhinos, with just an estimated 3,600 left in the wild, down from about 70,000 in the late 1960s.

In sentencing papers, federal prosecutors contended that in 2008 the demand for rhino horn in Asia began to increase after a 20-year period of low poaching rates. Seeing the developing market, the Khas “knowingly chose to illegally supply rhino horn to meet the growing demand, thereby simply increasing that demand”. They had “helped to drive the commercial value of rhino horn from a very low level to nearly $25,000 per pound.”

The increasing commercial value of rhino horn in turn had driven “the poachers back into the wild savannas of South Africa and other African countries in search of irresistible profits,” according to court papers. “By the peak of defendant Jimmy and Felix Kha’s wildlife trafficking conspiracy in 2011, 448 wild rhinos had been slaughtered for their horns in South Africa alone.”

Sentencing the duo on Wednesday, Judge Christina Snyder remarked that she had traveled to Africa and personally witnessed the effects of poaching. “There are parts of Africa where rhinos are completely gone,” she said from the bench. “Lord knows if they’ll ever come back.”

According to statistics released by South African conservation authorities on Wednesday, at least 313 rhinos have been poached in the country so far this year – 13 of them in the past week in the world-famous Kruger National Park. Last year at least 668 were illegally killed.

The Khas’ smuggling ring was exposed after the arrest in February 2012 of Jarrod Wade Steffen, a 32-year-old rodeo star from Texas. Steffen was arrested at Long Beach Airport in Los Angeles with $337,000 hidden in his carry-on luggage, including in a child’s nappy. Steffen admitted buying and mailing rhino horns to the Khas.

Judge Snyder this week ordered Win Lee Corporation to pay a $100,000 fine as well as $800,000 in restitution to the Multinational Species Conservation Fund, a statutorily created fund managed by the US Fish and Wildlife Service to support international efforts to protect and conserve rhinos and other critically endangered species around the world.

“We’ve broken up a smuggling ring that has been a major supplier to the global black market for rhino horns. It represents a serious blow to this trafficking and a disincentive for smugglers and poachers wherever they operate,” said Chris Tollefson, chief of communications at the service.

The arrest of the Khas was part of Operation Crash, a nationwide crackdown that has netted at least 330 rhino horns in the past year and seen the US emerge as a new link in the bloody rhino horn trade from Africa to Asia.

In the most recent arrest, on February 2 this year, Chinese oil executive Shusen Wei was caught as he headed towards his flight at JFK International Airport. Police pounced on him for offering a $10,000 bribe to a special agent investigating international rhino horn smuggling.

Wei was fleeing back to China after admitting to investigators his involvement in a conspiracy to smuggle 20 “raw rhino horns” to Hong Kong. He was arrested after trying to bribe a US Fish & Wildlife special agent to close the case.

Wei (44) is allegedly part of a smuggling ring headed by 28-year-old Chinese national Zhifei Li, who was indicted in February. He is accused of smuggling rhino horns to Hong Kong and China in porcelain vases, and was arrested after he bought two black rhino horns from an undercover agent for $59 000.

“Trafficking in rhino horn is about greed, pure and simple. People who smuggle rhino horn, regardless of where it comes from, are no better than the poachers in Africa who hack off the horns of living rhinos and leave them to die a horrible death,” said US Wildlife Service director Dan Ashe after Li’s arrest.

In addition to rhino horns, police have seized at least $2-million in cash, precious stones and 273 gold ingots worth about $1-million during Operation Crash, named after the collective noun for rhinos.

At least 13 suspects have been arrested so far in the ongoing investigation. At a United Nations conference earlier this month, international conservation agencies valued wildlife crime and illegal forestry at some $19.5 billion, ranking it the fourth-largest cross-border criminal activity in the world.

Operation Crash started with the prosecution of “the Irish gang”, who bought rhino horns in the US and smuggled them to Ireland hidden among furniture in shipping containers. In March Richard O’Brien and Michael Hegarty, Irishmen from Limerick who were caught trying to do a deal with an undercover agent, were each sentenced to six months in prison, three years probation and a $17 600 fine.

Another culprit netted in Operation Crash, Manhattan-based antiques dealer David Hausman (67), was arrested in a motel parking lot in February 2012 while he was in the process of sawing two black rhino horns off a trophy mount. Agents then confiscated six black rhino horns and four rhino heads from his apartment, along with “numerous carved and partially carved rhino horns”, synthetic rhino horns and $28,000 in cash.

In the US there is an antique exception for trade in rhino horns that are over 100 years old. Hausman, the court found, abused this exception by falsifying the age of the horns he was smuggling. In February he was jailed for six months and fined more than $28,000 for obstruction of justice and creating false records in connection with illegal trafficking. DM

Fiona Macleod is the founding director of the Oxpeckers centre for investigative environmental journalists in South Africa. This investigation is part of a datajournalism study at the Wits School of Journalism.