Guptagate, the ANC and the continuous root of all evil 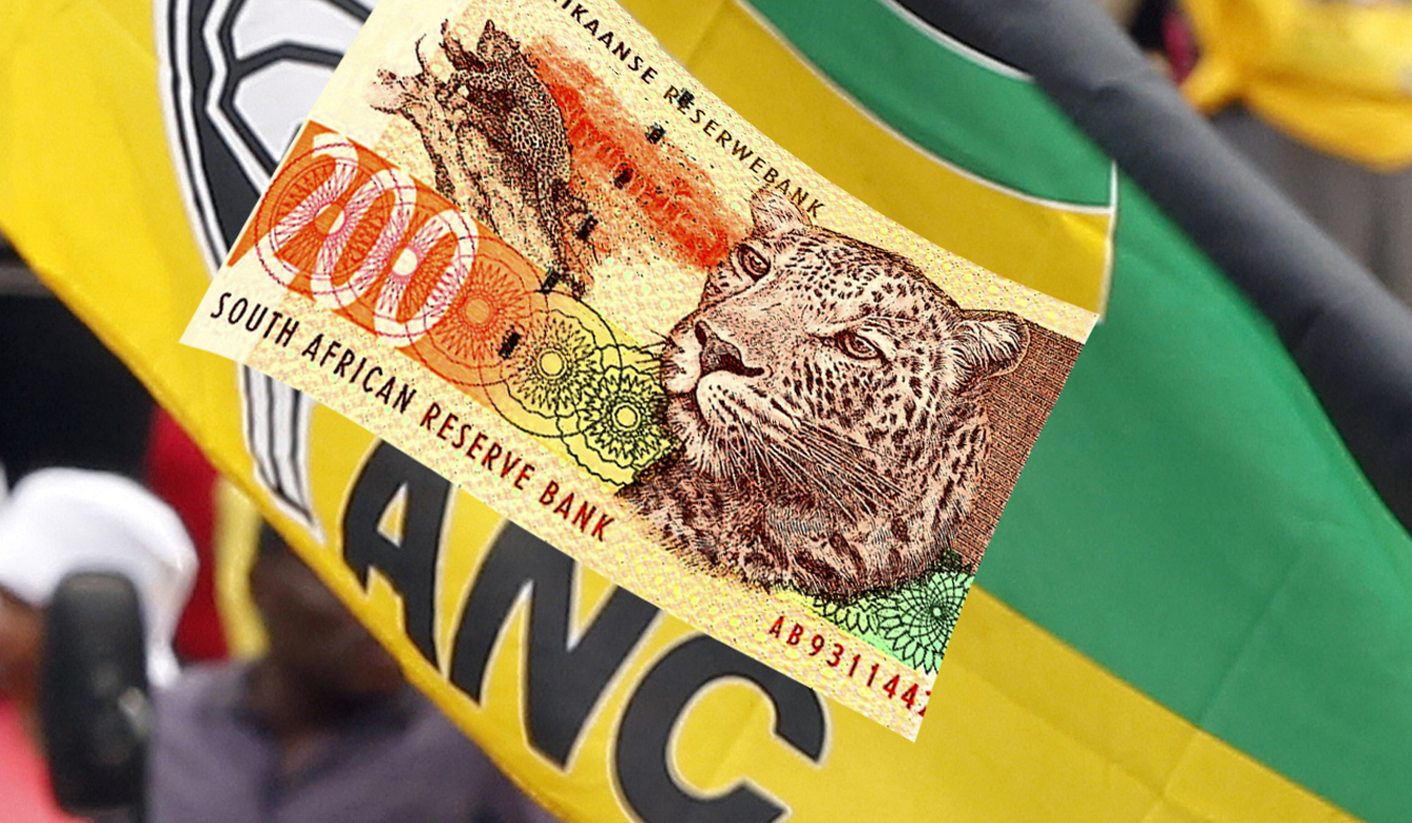 The much-anticipated report on the government investigation into the irregular landing of a private plane carrying Gupta family wedding guests at Waterkloof Air Force Base is to be discussed on Wednesday by ministers in the justice, crime prevention and security cluster. It may or may not be complete, may or may not be made public, and may or may not contain recommendations to prevent the recurrence of such a national security breach. But whatever the report contains, the heart of the problem is the ANC’s inability to stop the corrupting influence of business people, and their money, on its leaders. By RANJENI MUNUSAMY.

First, let’s go back to those memorable words President Jacob Zuma uttered in January this year at the ANC’s anniversary gala dinner. Remember when he said “supporting the ANC means you’re investing very well in your business” and that this would make said business “multiply”?

According to the Sunday Times, Zuma told guests at the dinner: “We’re not forcing people… you can support and be a supporter, but if you go beyond that and become a member, [and] if you’re a businessman, your business will multiply. Everything you touch will multiply. I’ve always said that a wise businessperson will support the ANC… because supporting the ANC means you’re investing very well in your business.”

Although the Gupta family has made it known that they make donations to political parties including the ANC, their generosity is not only to “multiply” their business interests. While political party funding from business is completely above board in terms of South African law, it is the financing of political leaders and state officials that is illicit. There is no circumstance where business people can simply hand over money to officials in the state as a private donation. Payments can be made to the state for tax, services rendered or fines.

Over the years, it has become known that the hospitality and generosity of the Guptas towards senior political figures and government officials is not out of benevolence. The Gupta brothers have deliberately befriended and courted people who could open doors for them and increase their influence on the state. And because it has helped their business fortunes and escalated their status, there was no reason for them to stop. The landing of their private jet with wedding guests at the Waterkloof Air Force Base, however, turned national attention onto their abuse of political connections and influence over the state.

Government announced on Tuesday that the investigation report by a team of directors-general into the landing of the Gupta plane at the national key point was handed to Justice Minister Jeff Radebe. “A meeting of the relevant ministers will be convened on 15 May 2013 to study the contents of the report and provide feedback to the general public and members of the media at a press conference on a date to be announced,” government spokeswoman Phumla Williams said in a statement.

It is not yet known whether the ministers will present the full report to the media. On Tuesday, State Security Minister Siyabonga Cwele said the investigating team, led by his director-general Dennis Dlomo, had produced an “interim report”. It is not clear whether the preliminary findings will be released publicly or whether government will wait for a final report before announcing the findings of the investigation.

Radebe’s spokesman Mthunzi Mhaga said on Tuesday night it was unlikely that the report would be presented to a full Cabinet meeting, as it had been commissioned by the ministers in the justice, crime prevention and security cluster. He said he had not discussed the report with Radebe and therefore could not tell whether it contained recommendations on how to prevent a recurrence of such a security breach at a national key point and exploitation of state resources by private, politically connected individuals.

But even if the report recommends penalties and prosecution of those who were involved in the misuse of state facilities for the wedding, it does not have the power to stop the corrupting influence of business over political leaders. This problem did not start with the Waterkloof incident, and though the ANC, through its secretary general Gwede Mantashe, was incensed by the security breach, it did not connect the dots to its financiers abusing their status and relations for corrupt means.

At the ANC’s national conference in Mangaung, its newly elected treasurer general Zweli Mkhize told a media briefing that there should be mechanisms to prevent abuse and to ensure proper accountability around donations to the party. “The ANC only accepts ‘one-way’ donations… People can’t give the ruling party something and expect something in return,” Mkhize said.

But such mechanisms do not exist, even to ensure that donations are routed to the ANC only via the proper channels and not to individuals in the party. There is sensitivity around the matter and reluctance to broach it in formal structures as individual leaders are not willing to declare their “donations” from business people to the party. Events around the Gupta wedding have escalated concerns in the ANC and its alliance partners about the pervasive influence of the family on the president, Cabinet ministers and government officials.

An alliance source said while the ANC had many funders, including one of the richest men on the continent, Patrice Motsepe, most did not use their donations as leverage for political favours the way the Guptas did.

“Patrice, (Robert) Gumede (the IT billionaire), [and] Mvelaphanda all give money, but go through the proper process and do not demand things in return,” he said.

While Mantashe was clearly infuriated by the Gupta plane landing at Waterkloof, it now appears that even he cannot withstand the pressure and influence of the family. On Tuesday, Business Day reported that a group of North West ANC leaders wrote to the party headquarters to complain that Gupta family members had distributed food parcels at a Rustenburg branch meeting in order to influence the outcome. The letter claimed that this played a role in the branch leadership opposed to President Zuma being toppled. The incident occurred on 1 May, when Gupta family members apparently took a break from the wedding celebrations at nearby Sun City, the paper said.

When asked for comment, Mantashe told the paper that it was “opportunistic” for people to keep drawing the Guptas into ANC business. “The ANC is not about Guptas.” He said his office had not received the letter of objection but that he would dismiss any complaint mentioning the Guptas out of hand.

This turnaround in Mantashe’s posture means that while he frowned upon and demanded an investigation into the abuse of state facilities by the family, he was not willing to do the same in his organisation. By saying he would dismiss any complaint mentioning the Guptas, Mantashe is effectively shutting down the opportunity that exists as a result of the Waterkloof incident to clearly define the party’s relationship with its donors.

While the conduct of the Gupta brothers is concerning to some of the ANC’s own leaders, its alliance partners and even its other donors, the family has become so powerful that nobody in the ANC can cut them down to size.

The Gupta family on Tuesday pledged to co-operate with the investigation and reiterated its apology to the South African and Indian governments for any embarrassment caused. They have not, however, apologised for exploiting their political connections or using the South African state as a self-help service. Perhaps it is not the Guptas who should be blamed for this – they have been doing what most opportunists would do. It is the senior leaders in the ANC and the state who allow themselves to be bought and used who are responsible.

As long as the definitive message to business people is “supporting the ANC means your business will multiply”, it remains open season for exploitation of party connections. And it would seem that nobody is willing, able, or can afford to change that message.

Two weeks after, the Guptagate may soon be just another forgotten scandal on the wall of SA’s shame. DM