Soccer: Ferguson Bows Out A Winner At Emotional Old Trafford 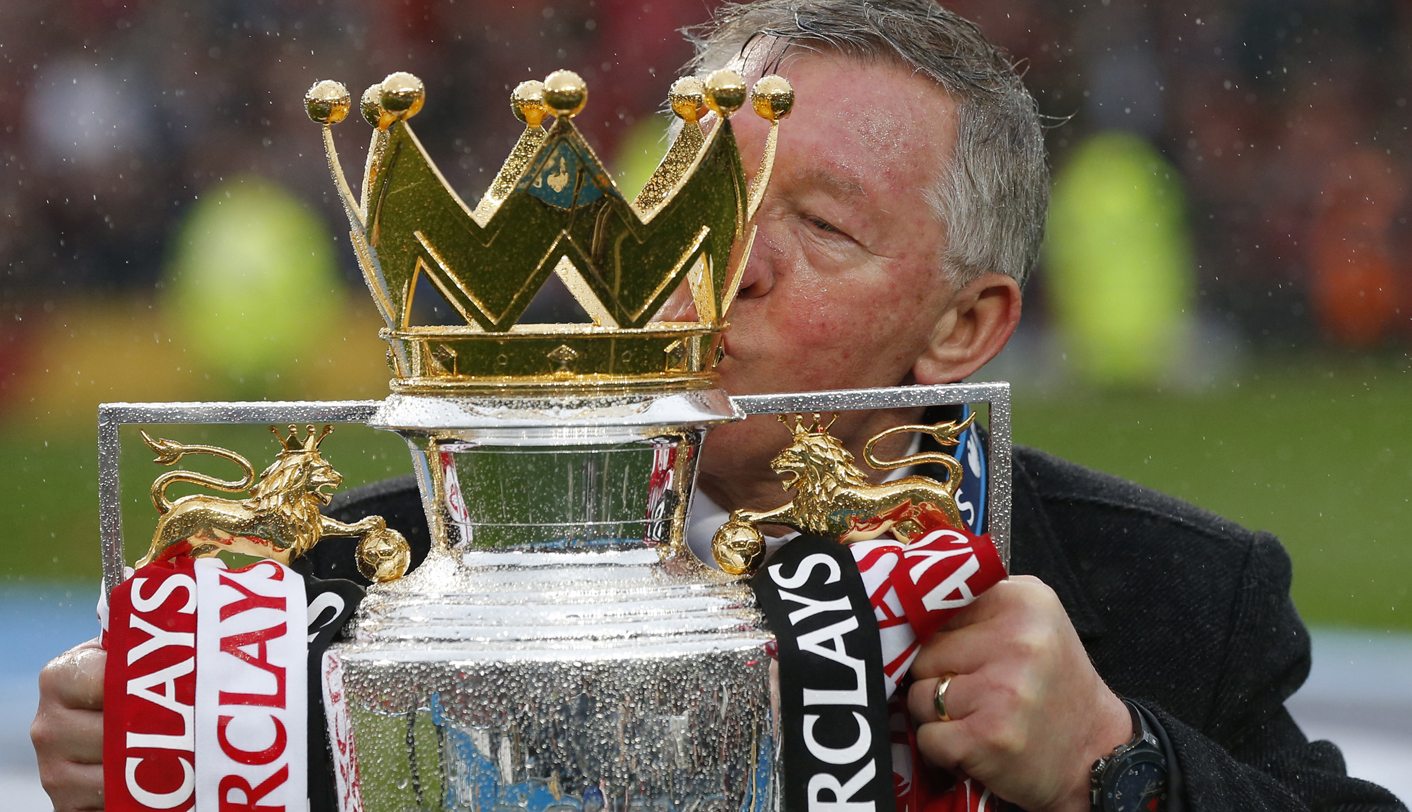 Alex Ferguson's last home match in charge of Manchester United ended in a 2-1 Premier League victory over Swansea City as the Old Trafford crowd gave their long-serving manager a warm and emotional send-off on Sunday.

Defender Rio Ferdinand struck the winner for the champions three minutes from time, yet another one of the late goals which have been a feature of Ferguson’s trophy-laden 26-year reign at the club.

Ferguson, in his 1,499th game at the helm, received a rapturous reception from the fans and a Guard of Honour from the players of both teams as he walked out in heavy rain at Old Trafford.

He returned to the pitch with a microphone after the match.

“Everyone at the club and you the fans have been the most fantastic experience of my life,” a clearly emotional Ferguson told the crowd.

“Thank you. I have been very fortunate to manage some of the greatest players in the country. These players have won the championship in fantastic fashion. Well done to them.

“When we had bad times here, everyone stood by me and your job now is to stand by your new manager (David Moyes).”

Ferguson, 71, left the field to deafening applause before returning with his players to collect their medals and the Premier League Trophy, Ferguson’s 13th and the 20th top-flight crown in the club’s history.

United captain Nemanja Vidic was handed the silverware but he passed it on to Ferguson who gleefully held it aloft.

“I think it is a special day,” Vidic said. “In one way we are happy to get the trophy but in another we are sad the manager is not here another year.”

Ferguson proved before the game he was still prepared to make tough decisions by leaving striker Wayne Rooney out of the squad and the manager confirmed after the match that the England international had asked for a transfer.

United started brightly and Javier Hernandez scooped a shot on to the underside of the crossbar after five minutes.

The home side dominated possession and they opened the scoring after 39 minutes when Mexican Hernandez reacted sharply to sweep a loose ball low into the net from six metres.

Swansea briefly silenced the crowd when striker Michu equalised four minutes after halftime, getting in front of Phil Jones to steer a cross firmly past David de Gea for his 18th league goal of the season.

Midfielder Paul Scholes, making his 717th and final appearance for United, was substituted after 66 minutes and left the field in typically modest fashion to more warm applause.

Ryan Giggs, who has played in each of Ferguson’s title-winning teams, came on as a late replacement and although Swansea threatened to grab a winner it was United who found one.

A right-wing corner fell kindly to Ferdinand at the far post and the England defender gleefully lashed the ball into the net from six metres, his first goal for five years.

“It is phenomenal what he (Ferguson) has achieved. He deserved to have three points in his last game,” Ferdinand said.

“This is a great club and we have to move on. These fans deserve it they have supported us through thick and thin.”

Striker Robin van Persie was signed by Ferguson last year after United lost the title on goal difference to Manchester City 12 months ago and his 25 league goals have fuelled their successful campaign.

“It means it everything to me,” said Van Persie after collecting his first Premier League winner’s medal. “It’s been an amazing year. It was a really sad day (when Ferguson announced his retirement). It’s a massive honour for me to work with him for one year.”

Ferguson will take charge of his 1,500th and last United game at West Bromwich Albion next Sunday.

United are 13 points ahead of Manchester City, who have two matches left, and are guaranteed to win the title by at least seven points even if they lose to West Brom.

As Ferguson left the Old Trafford pitch, United fans held aloft a banner which summed up their appreciation of his achievements.