Hyundai Veloster: Quirks without the perks? 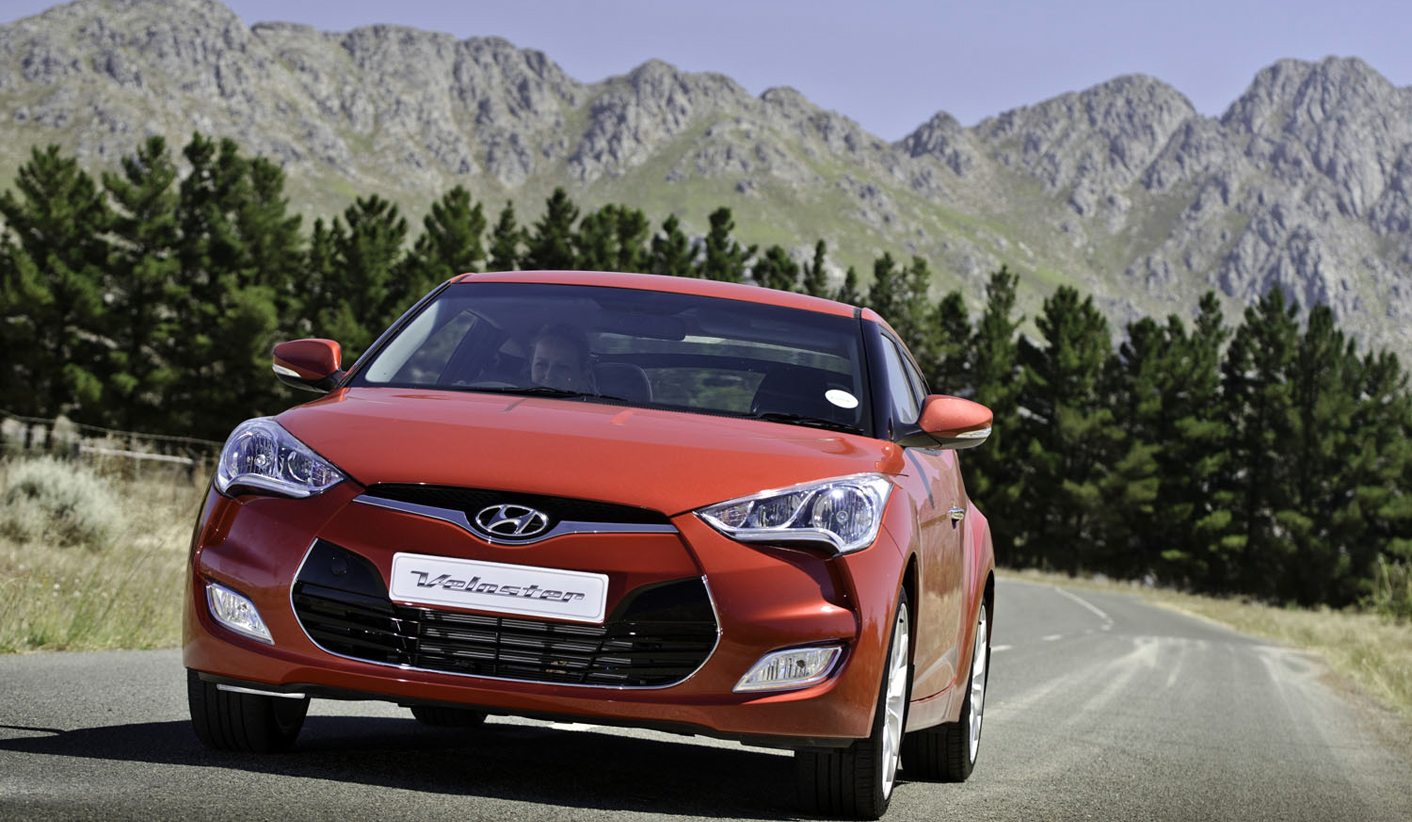 Hyundai’s first coupé since the long-defunct and mildly predatory Tiburon is not exactly what one would expect. With its hot hatch styling and oddball 2+1 door configuration, the Veloster is proof that Hyundai wants to add some charisma to the brand. However, is it really a trend-setter? By DEON SCHOEMAN.

The information age has robbed new model launches of much of their mystique. Gone are the days when auto makers could keep the details of an all-new model under wraps until the very moment of its official reveal.

Today, even the remotest countries are part of the global village, and what is unveiled in Shanghai, Paris or Los Angeles today is instantly communicated to the rest of the world – yes, even to South Africa.

For that reason, it’s mildly disappointing that the Veloster took so long to reach SA shores. After all, it was launched in Europe and the US way back in 2011. And it was then, tantalisingly, shown at the 2011 Johannesburg International Motor Show.

But we’ve had to wait for almost two years for the Veloster to finally go on sale here. I’m sure there are good reasons for the delay, but it has robbed the Hyundai of some of that new car launch sparkle that usually attracts petrolheads like moths to a candle.

Even so, the Veloster is still different enough to turn heads in the local shopping mall’s parking lot, and to even elicit the occasional finger point. It’s also clear that there isn’t always consensus about exactly what car it is – not because is too generic, but because it’s very different to anything else you’re likely to spot on a Hyundai dealer’s showroom floor.

Let’s get one thing out the way from the very outset: the Veloster is not a sports car. It’s not even a sports coupé. At most, it’s a hatchback with some strong visual elements, some unusual features, and the kind of performance best described as warm.

The shape is eye-catching, thanks to a bold and chrome-grilled front end, a high waistline, and muscle-bound shoulders. The narrow glass apertures and the blacked out A and B-pillar, add some aggression.

The rear treatment is either intriguing or fussy, depending on your point of view. A deep rear apron with twinned, centrally mounted exhausts dominate, while the recessed tail lights are located high, on either side of an almost oversculpted tailgate.

Perhaps the hatchback’s least flattering view is from the driver’s side, where the large expanse of metal behind the single door can make the Veloster look ponderous. Of course, the passenger side profile is quite different and better balanced – because it is home to both a front and a rear door.

That fact is the defining quirk of the Veloster – the signal that this Hyundai flaunts convention. Of course, it’s by no means unique: Mini’s equally quirky Clubman offers the same 2+1 door combination. But it does, with one deft move, set the Veloster apart from any other hatchback out there.

Is it a gimmick? Well, anyone who’s lived with a two-door will tell you how impractical that arrangement is in practice, even for singles. That third door provides convenient access for rear occupants, and it’s big enough to make entry and exit easy.

The interior is more spacious than expected, given those narrow glass areas. The mostly black and silver treatment is smart in a severe, monochromatic kind of way, and because of the high waistline, rear accommodation can feel somewhat claustrophobic, despite the ample leg and shoulder room.

There’s little to fault on an ergonomic level, though. Deep-set circular dials for speed and rev count are framed by a grippy multifunction steering wheel, while a full-colour TFT touch-screen display dominates the centre of the dashboard.

That not only adds a high-tech touch of sophistication, but also provides access to the full spectrum of infotainment and communication features offered by the Veloster. The system will play CDs, tune in to radio stations, and cope with almost all conceivable music players via its Bluetooth, USB and auxiliary connections. Bluetooth-based hands-free cellphone operation is also supported.

The touch-screen is also the control interface for the climate control and the trip computer. The buttons on the multifunction steering wheel allow easy control of the sound system, telephone and the standard cruise control.

In short, the cockpit offers comfort, convenience and space – and that also goes for the 440-litre boot, accessed via the tailgate. The rear bench seat is split 60:40 and can be folded forward to increase cargo capacity if required.

Striking to look at and comfortable to spend time in it may be, but given its young and sporty looks, the Veloster also creates keen expectations as far as its dynamic capabilities are concerned – expectations that aren’t fully met in practice.

The engine provides the first clues: it’s an advanced, direct-injection petrol unit that promises efficiency and economy. But the normally aspirated 1.6-litre unit just doesn’t have the ultimate vim to propel the Veloster into hot hatch territory.

With 103kW of muscle at 6,300rpm and 167Nm at 4,850rpm, the four-cylinder is willing, but on the peaky side, meaning that the revs need to be kept high to make the most of the urge on offer.

The Veloster offers two gearbox options – a conventional manual, and Hyundai’s first DCT dual-clutch transmission. Both offer six gears, while the DCT model has shift paddles on either side of the steering column, and offers both sequential manual and full auto operation.

At around 1,200kg, the Veloster’s kerb weight has been kept fairly low, but straight-line performance remains brisk, rather than hot-hatch rapid. The manual is the quicker model, posting a sub-10sec 0-100km/h sprint time, and a 201 km/h top speed. The DCT version’s 0-100km/h time is 0.6sec slower, mainly due to different gear and final drive ratios.