Zuma at WEF: Banking on Brics 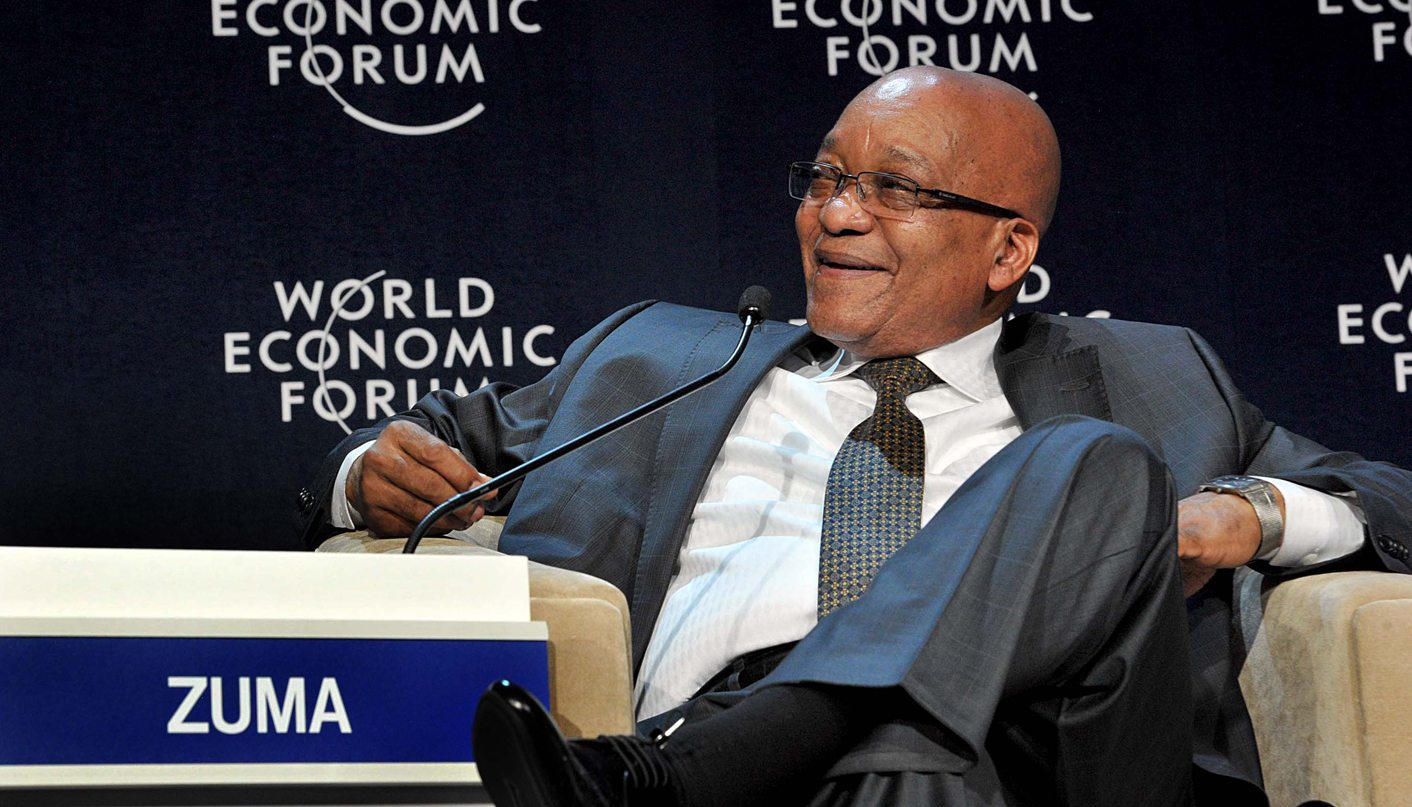 President Jacob Zuma took the stage at the World Economic Forum on Africa on Thursday to participate in a panel discussion on the relationship between Brics and Africa. Zuma strongly stressed that a Brics bank is necessary to deal with African financing challenges that the “older” financial institutions have been too slow to deal with. But, as has been the case with all previous discussions of the bank, details of what it would look like were in short supply. By REBECCA DAVIS.

It was at the Brics summit in Durban in March that the country leaders of Brazil, Russia, India, China and South Africa agreed in principle to the long-awaited formation of a Brics bank. At that meeting, however, the Brics leaders noted that they had not hashed out any concrete details as to how much capital the bank would start with, or where its headquarters would be located.

Indeed, much of the significance of the bank was presented as symbolic. South Africa’s minister of finance, Pravin Gordhan, suggested that the bank should be seen as “part of a new paradigm”, challenging the supremacy of the old Bretton Woods institutions, like the World Bank and the IMF. But more recently, critics have complained that the Brics bank actually looks likely to follow the traditional institutional models quite closely. “What is most striking about this first really tangible Brics initiative is its lack of originality,” wrote Forbes. “Everything so far points to the Brics bank mimicking one or more of the Bretton Woods institutions.”

Where it is hoped that the Brics bank would differ from the old big-boys is in the idea that it would place the bloc’s development needs above those of the bank’s. The bank will likely focus on funding infrastructure needs, with the bill for this among Brics nations amounting to an estimated $4,5 trillion over the next five years. But at this stage there remain very few concrete details available. At the end of March Gordhan said that plans were moving “with a great sense of urgency”, but there’s little sign of this yet.

At the World Economic Forum on Africa, however, President Jacob Zuma again stressed his belief that a Brics bank is essential to Africa, in particular, fulfilling its true potential. Speaking without notes as part of a panel that included AU chair Nkosazana Dlamini-Zuma, Zuma echoed what has thus far been a central preoccupation of the WEF: that expanded infrastructure will be essential to Africa’s growth, and that this infrastructure needs to be funded. “African leaders are saying: Let us organise ourself, let us talk to the kind of organisations who will respond effectively to what needs to be done on our continent,” Zuma said, with a dig at the inertia of the Bretton Woods institutions: “[We need] to look at a different approach to the well-established old banks, which at times, if you wanted to deal with matters as quickly as possible, it was a little bit slow.”

The Brics bank is “soon” going to be a reality, Zuma said, but he added that there were two central issues that needed to be resolved. The first is the issue of seed capital, which has been the subject of much speculation since the bank was floated. Because China’s economy is roughly 20 times the size of South Africa’s, for instance, it’s clear that China can afford to contribute far more towards the capital start-up. It has been suggested that each country supplies $10 billion, but this might present a slightly bizarre situation whereby China has to lend South Africa the money to pay its way. “This gets tricky quickly,” wrote Foreign Policy last month.“China lending South Africa money to lend to Mozambique?” In addition, it’s been suggested that $50 million wouldn’t be nearly enough to fund economic development for the region, given that the World Bank had to deploy $52,6 billion in 2012 alone.

The second question to be resolved, Zuma said, is that of where the bank will be headquartered. “Africa feels we need this bank to be established here because the greater needs of the bank will be in the continent of Africa,” said Zuma. That’s one reason; and another is that Africa makes quite a lot of sense geographically. But analysts have suggested that a more pressing reason to base it in Africa would be to try to prevent the possibility of China dominating the bank. Still, that might not be enough. “China will hold the purse strings, and with that comes privilege,” wrote Foreign Policy. “Look how the United States, nearly 70 years after the creation of the World Bank, still gets to pick the institution’s president.”

WEF founder Klaus Schwab, the panel chair, asked another panelist representing the old guard – IMF first deputy MD David Lipton – whether the IMF would consider the Brics bank to be competition. No, no, Lipton reassured him. He said the IMF would see the relationship as “complementary”, and that it could appreciate the urgent need for “mobilising infrastructure investment”. Indian finance minister P Chidambaram sang much the same tune in April, telling a Tokyo news conference that “The Brics bank will not be a competitor for the World Bank or the ADB [Asian Development Bank]”.

Zuma said that there was a need for the Brics bank to be operational “as quickly as possible”. The next Brics summit will be held in 2014 in Brazil. By then, Zuma said, it is hoped that a report will have been presented on plans for the establishment of the bank. As ever, the devil will be in the details. DM