WEF on African governance: Transparency is not enough

WEF on African governance: Transparency is not enough 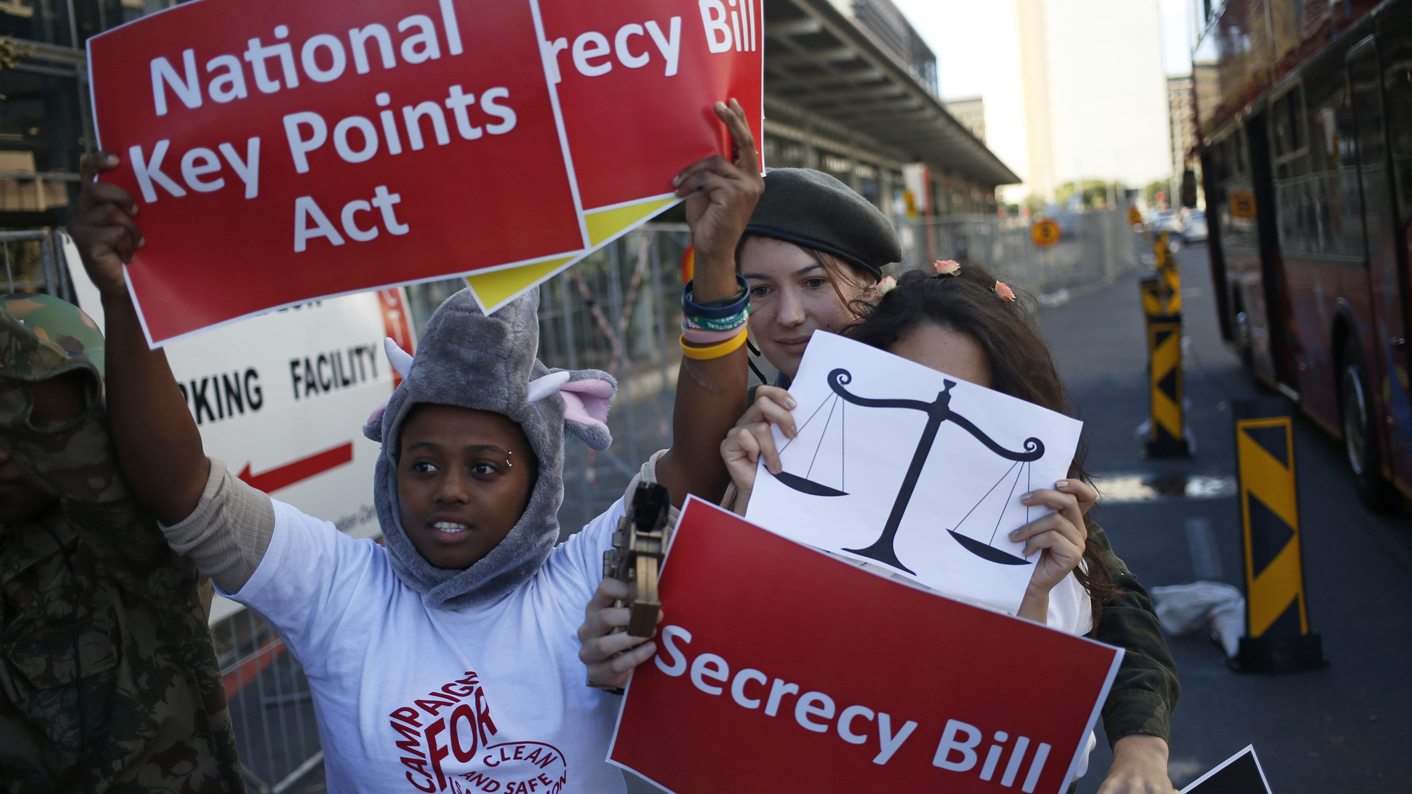 It’s taken as axiomatic that Africa cannot prosper without good governance. At a panel discussion held to round off Thursday’s sitting of the World Economic Forum on Africa, certain key themes were returned to repeatedly: the need to stamp out corruption; the need for greater openness about the disposal of a country’s natural resources; the role of civil society and the private sector; and the importance of transparency. But as several speakers made clear, the beloved buzzword “transparency” is nowhere near sufficient on its own. By REBECCA DAVIS.

We don’t often hear from former DA MP Raenette Taljaard these days, since she left politics for the rarified air of academia, so it was nice to see her in action again at the WEF, as an inspired choice to chair a vital panel discussion on “Governance best practices”. Despite this being a topic that you might think central to any possible conversation about Africa’s economic growth, the rest of Thursday’s proceedings devoted relatively little time to the issue of quality leadership, focusing more on structural factors like infrastructure and financial institutions.

Former president of Mozambique Joaquim Chissano seems to be a popular fixture on the conference scene these days. He was an appropriate pick for a panel dealing with good governance; despite a not altogether unblemished legacy, Chissano was the first recipient of the Mo Ibrahim Prize for Achievement in African Leadership. He gave an optimistic account of what he sees as a change in the atmosphere when it comes to citizen engagement in Africa. “There’s more and more awareness about the value of governance,” the ex-president said. “People are inquisitive now, they want to know how they are being ruled.”

Mo Ibrahim has only awarded his prize three times in the last six years. It is an extremely generous award: a $5 million initial payment, followed by $200,000 a year for life. This scale of remuneration has raised some eyebrows. An editorial in the Guardian in 2007, in praise of the decision to award the inaugural price to Chissano, suggested: “There is something quixotic about the whole competition, established and funded by the Sudanese businessman Mo Ibrahim in order to offer Africa’s best leaders a comfortable retirement, in the hope that it will lure them away from sustained rule and corruption.” But Yale political science professor Ian Shapiro, another panellist, made the point in another context that it’s not simply the case that bad behaviour should just be penalised. “Unless people have incentives to behave well, many people will not,” Shapiro said.

Taljaard wanted to know from Ibrahim why he had been so cautious about awarding his prize. Ibrahim defended his circumspection on the grounds that what he sought to award was not acceptable leadership, but “excellence”; “a leader who really comes and changes a country”. The fact that he could not find an African candidate to award the prize to each year was, he said, not necessarily an indictment of the continent’s leaders. In Europe, Ibrahim said, people laughed at the idea that he might find an appropriate winner. “What European leader would win this?” he asked.

Vice-chair of Transparency International Akere Muna agreed with Chissano that a certain level of citizen awareness about politics has increased on the continent, but he said that what was significant was what followed this. “Do you go towards acceptance or change?” he asked. “What worries me is that in many cases we are going towards acceptance.” Muna told the story of meeting a friend (in a country which he chose to keep unidentified). Muna asked his friend who he would be voting for, and received the cynical response: “Ali Baba” – because there are only 40 thieves within his clan. “That kind of acceptance is not good enough,” Muna said.

But Muna was not totally pessimistic, saying that within the continent, there were positive examples of change, and smooth transitions of leadership. In particular, he suggested we look at countries like Ghana, Nigeria and Malawi where the vice-president has peacefully had power handed on to them. Yale’s Shapiro, however, had a much sterner approach to the issue of transition of power. He cited the old maxim of political analysts that a country cannot be said to be a democracy until it has twice occurred that a government has lost elections and given up power. If this was the criterion for democracy, Shapiro said, many Western countries would have reached the benchmark surprisingly late. And by this definition, he noted, South Africa is not yet a democracy.

Recently-appointed Oxfam International head Winnie Byanyima raised the issue of natural resources, pointing out that Africa’s foreseeable future is dependent on these resources, and a critical part of governance will thus involve handling them to the satisfaction of citizens. Unless African leaders can be persuaded to take responsibility for the collection and allocation of these resources and their spoils in a transparent manner, Byanyima suggested, the continent will not rise out of poverty.

Byanyima also warned against what she described as a “race to the bottom” when it comes to disposing of mineral rights. African governments tend to be competing for the attention of a few companies who are going to invest in extraction, and they are often advised by external bodies – like the World Bank – to create an enabling environment for the private sector. In the process, Byanyima said, governments sometimes sacrifice labour standards, human rights, land rights, tax revenues, and so on.

Muna agreed that transparency was key, but stressed that it should be presented in a form that was useful and intelligible to citizens. Shapiro pointed out, however, that transparency is essentially meaningless without a culture of accountability. He cited a conversation he had recently with former Zimbabwean minister and African Bank vice president Nkosana Moyo. “Moyo made the sharp observation that in many African countries, corruption is completely transparent,” Shapiro said. The problem is not only whether or not the culture is transparent, then; the more important factor may be whether there is a culture of impunity.

This was a point taken up later by Ibrahim, who again seemed at pains to stress that issues of corruption and bad governance are not a solely African condition. In Italy, he pointed out, former prime minister Silvio Berlusconi openly defended corruption.

During the question and answer session directed at the panel, a questioner made the point that when we talk about governance in Africa we invariably talk about corruption, but almost always from the standpoint of the person accepting the bribe. What of those individuals – and, often, large corporations – who are giving the bribes? It was an important query that didn’t receive any very substantive responses, though Ibrahim pointed out that the US often fines companies convicted of corrupt practice in Africa.

One point that all were agreed upon, however, was that the burden of good governance fell not just on leaders but also on citizens, in terms of maintaining an engagement with what is going on in their countries’ political spheres, and holding leaders accountable. Learning to be an active citizen starts in the family, suggested Byanyima. “Without active citizens, you can’t have responsible governments.” DM