Clock counts down on Zimbabwe’s government of national unity – but what’s next? 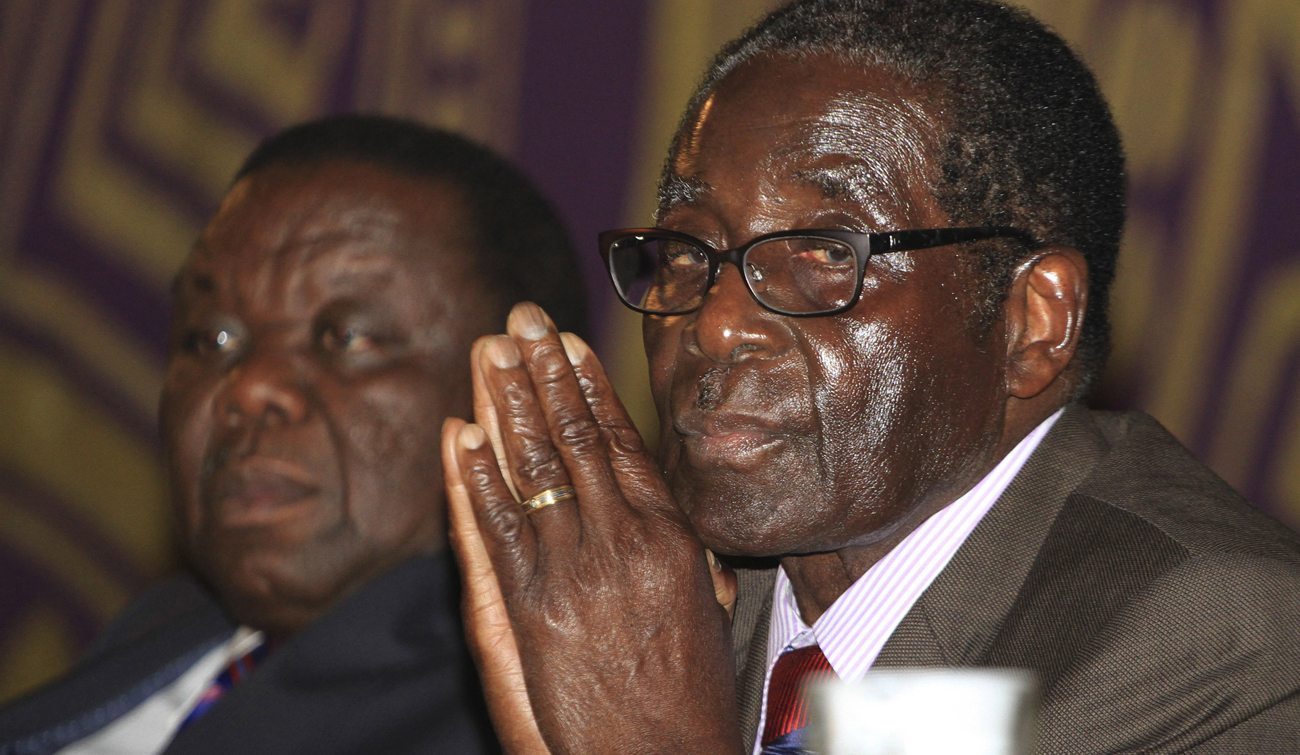 It was always an awkward marriage, and never a permanent solution, but Zimbabwe’s government of national unity has just about managed to keep the peace and revive the country’s moribund economy. But with its mandate set to expire in just two months, the unity government is looking as divided as ever, and no one can agree on what comes next. By SIMON ALLISON.

For the last five years, Zimbabwe has had no real political opposition. Instead, all the major parties – including Zanu-PF and the various factions of the MDC – have been inside the big tent of Zimbabwe’s government of national unity (GNU). It hasn’t been easy on anyone. Different departments issue contradictory decrees, ministers are permanently at odds with one another and there’s been general confusion over who exactly is responsible for what.

But, as unloved an experiment as the GNU may have been – Mugabe sneeringly refers to it as “this creature” – it has been effective, pulling Zimbabwe back from the brink both politically and economically. Although it’s got a long way still to go, the country is in a much better place than it was five years ago, and this is largely thanks to the tentative stability brought by the GNU and the ambitiously-named Global Peace Agreement.

But there’s a problem ahead. On June 29 – less than two short months away – the GNU’s mandate will expire along with the current sitting of parliament, which began at the same time. At least that’s how Zanu-PF sees it.

“The clock is ticking,” said President Robert Mugabe. “This is May and by the end of June, whether anyone likes it or not, nguva inenge yasvika [the time will be ripe]… The creature is going to die a natural death. We will not negotiate another, never ever! Parliament will come to an end on June 29. This creature will also end.”

The MDC faction led by Morgan Tsvangirai, Zanu-PF’s main partner in the GNU, does not agree with Mugabe’s position. “What Mugabe said is factually and legally wrong. Factually the GNU does not end on 29 June. It is parliament whose life expires on 29 June, but the government may proceed functioning up to four months after 29 June,” said MDC-T spokesperson Douglas Mwonzora. “In terms of the new constitution, the GNU arrangement continues to exist until the swearing-in of the new president. In other words, the offices of the president, vice-president, prime minister, deputy prime ministers and ministers continue to exist until the swearing-in of the next president.”

That’s all well and good, except for two major issues. First, all this swearing-in can only happen following the Zimbabwean election, but no date has been set for this. It’s the subject of intense wrangling between the parties. Zanu-PF is pushing for an early election, on or before the 29 June deadline, hoping perhaps to take advantage of its divided rivals’ current dip in popularity. The MDC-T, meanwhile, wants a later date, which would allow more electoral safeguards to be put in place and also give it a bit more time to put its own house in order.

Second, the “new constitution” on which Mwonzora relies has not yet completed its passage into law – and there have been a few ominous developments which suggest its adoption by parliament is not a foregone conclusion, regardless of the overwhelming support the document received in the referendum earlier this year.

MDC faction leader Welshman Ncube, for example, has said that elections in June are only possible “if the new constitution is not abandoned”. Meanwhile, constitutional affairs minister Eric Matinga of the MDC-T deferred the parliamentary debate on the new constitution on the flimsy pretext of wanting to give lawmakers more time to study it – despite the fact that it had been gazetted for 30 days already and there was been intense discussion on almost every element of the text in the run-up to the referendum.

But the most ominous statement came from Mugabe himself, who emphasised that the text of the new publicly-approved draft constitution was merely “a political draft that still requires some changes”, and that if necessary the country could “go back to the Lancaster which is there” (referring to independent Zimbabwe’s first constitution signed at Lancaster House). Before it becomes law, the document must be passed by the lower house of parliament, the senate, and, finally, by Robert Mugabe himself. This seems to provide plenty of potential for bumps along the way.

Five years after entering into their power-sharing agreement, Zimbabwe’s politicians are as divided as ever – and no one has any real idea of what the government will look like in two months’ time. Perhaps the GNU will be extended as all parties wait to hold new elections, as dictated by the new constitution, which will hopefully have been approved. Or perhaps President Mugabe and Zanu-PF will enforce their interpretation that the GNU expires along with parliament on June 29, in which case power reverts into the hands of the executive – leaving Zimbabwe under one-man-rule. Or perhaps the absence of agreement will, ironically, force the parties into some other power-sharing arrangement.

“There is growing sense that the best way forward is further power sharing,” noted the International Crisis Group in a recent report on Zimbabwe’s election scenarios. There could yet be life in “this creature”. DM