Breaking the Eish: Pieter-Dirk opens up

Breaking the Eish: Pieter-Dirk opens up 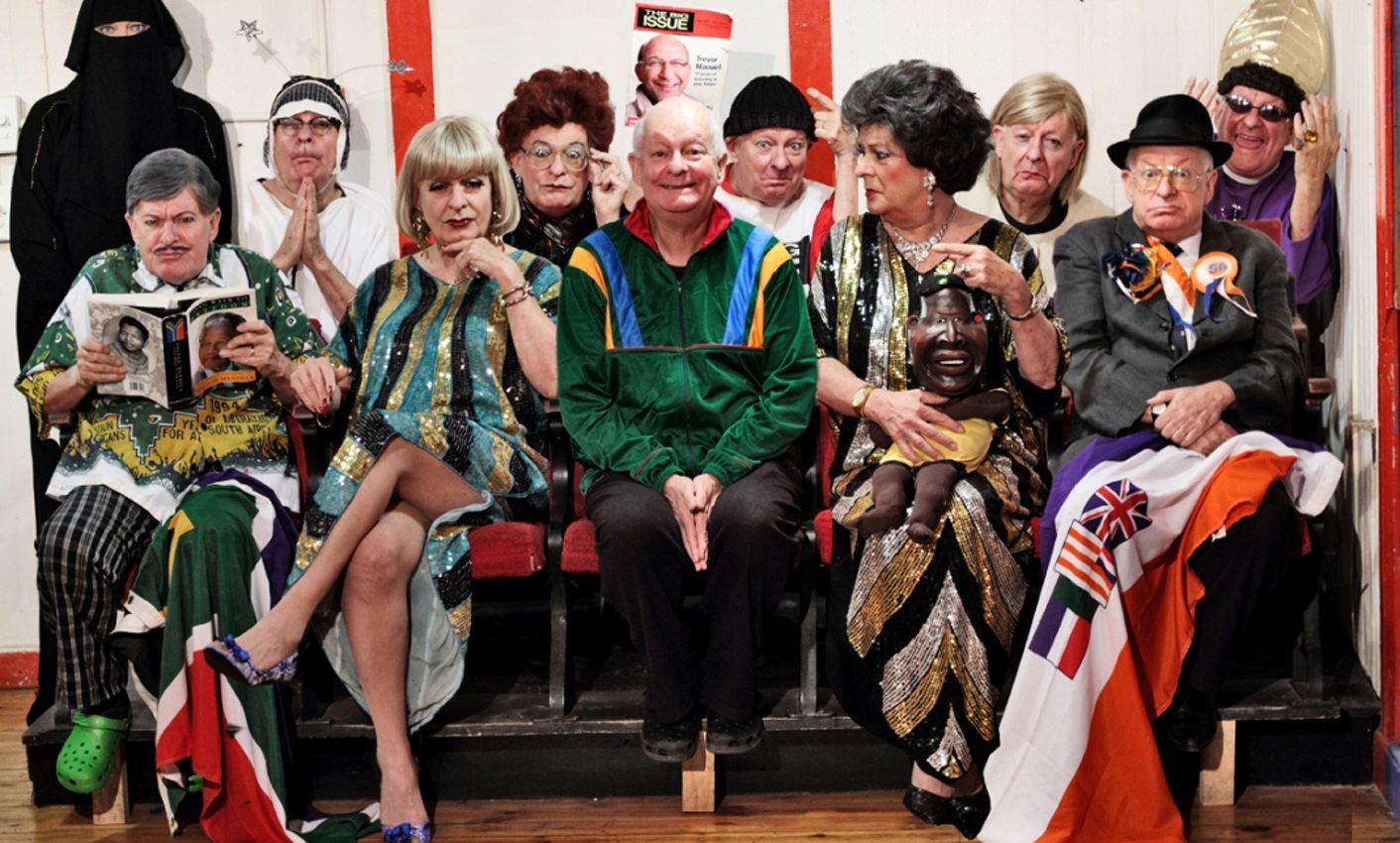 There is a sense of the confessional permeating the new show by Pieter-Dirk Uys. For all that he dresses up as different characters, it feels like his own personality is the character most laid bare. As if, after years of presenting his views through the mouths of others, it’s time to strip off the make-up and tell us more about himself. By LESLEY STONES.

That makes An Audience with Pieter-Dirk EISH! fascinatingly intimate, an evening where the man who has made generations laugh also reveals the tears, bitterness, anger or regret accumulated from living in such a twisted world – a white objector in a Nazi-like regime, and a gay one at that.

Uys is brilliantly back on top form in this 90-minute show, already making himself vulnerable by its structure. There are 16 boxes on stage, each with a costume or prop inside that turn him into one of his creations. He engages easily with the audience, getting people to pick a number then spinning an introductory tale as he dons the outfit.

It’s beautifully crafted, with his repartee easily switching into the prepared material as his character comes to life. The parts in between, where he chats about his life and shares the views he has as Uys, the man behind the face paint, are just as rewarding as the personas he becomes.

He’s a man knows for speaking in the voice of others, particularly as Evita Bezuidenhout, his eyelash-fluttering creation who mingles with presidents and politicians and flails them with her opinions. We didn’t get Evita on the opening night, and I was pleased. Instead we got more poignant, less strident scenes from a long life that clearly hasn’t all been the thrill of the curtain call.

Most moving was a scene that began when he drew a single newspaper from a box, and quietly told us of a party where gays from across the colour range were mingling in the thick of Apartheid. He tells it beautifully, tiptoeing around to show how he crept through a garden, letting us see him not as an elderly actor but as a young man defying Apartheid. Until the morning, when he slopes off to the safely of the white suburb. It’s a mesmerising account, the actor laid bare in a moving story of how this messed up country messed up so many lives.

Then he bounces back with a chirp and joke to lighten the sombre mood. It’s masterfully done.

Another box gives us Swanepoel, a bitter racist proudly recalling the days he tortured prisoners in John Voster police station. He’s faring well in the new South Africa, teaching the current government the tricks of the past. “Remember when we tied prisoners to the back of a police car and dragged them to their deaths? Oh yeah, they’re already learned that one…”

Swanepoel is a nasty character, and you have to wonder in this spirit of disclosure how much of the racist lurks within. Uys was brought up to be racist, he says, no apologies. But he’s a reformed racist, and gets a laugh from all the guilty whites when he says he won’t even revert to being racist in the traffic.

He tells us to leave our phones on and Google anything we don’t understand as he replays history. But this isn’t a history lesson, like some previous shows where he felt too rooted in the past and in danger of becoming irrelevant in a tumultuous present that still needs his satire and wit to prod us in the right direction.

He’s woven in plenty of topicality, including the Guptas. Please don’t tell the North Koreans about Waterkloof, he quips. Then he does a lovely impression of Mandela under the onslaught of Zuma and the visiting ANC bigwigs last month.

Uys spins delightful stories of how he first got into the theatre and how a teacher told him he could be anything he wanted. He appeals to teachers to carry on creating that magic for the youngsters of today. He chats to some born frees who will vote for the first time next year, and wonders what sort of future they will make for us.

There are plenty of laughs, but often it’s not comedy as much as very powerful storytelling, and it’s all the richer for that. DM

An Audience with Pieter-Dirk EISH! runs at Sandton’s Theatre on the Square until May 25.