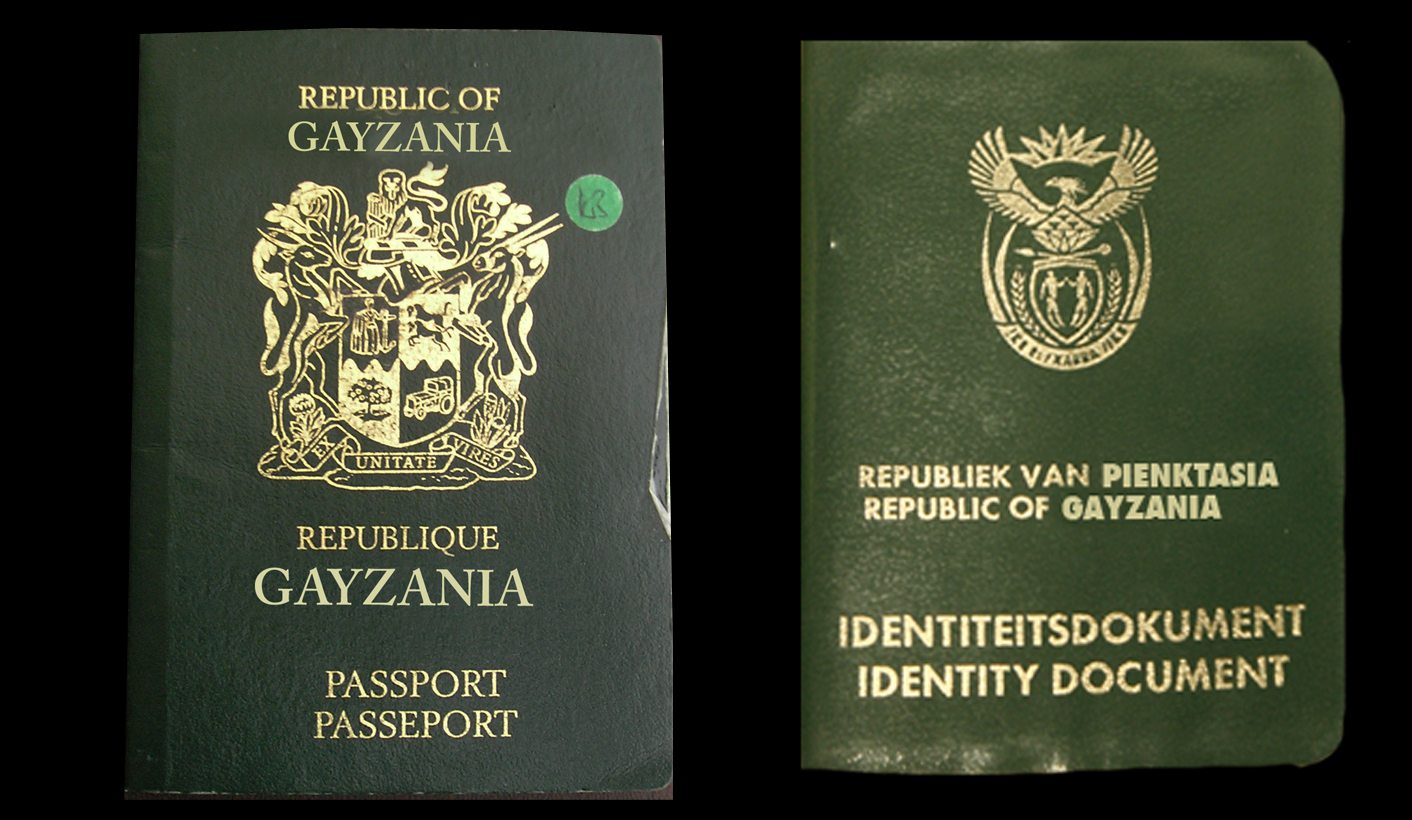 In the past week, we’ve seen two cases of gays turned away from businesses in South Africa on the basis of their sexual orientation. A private school in Mpumalanga told a married lesbian couple that they should either get divorced or remove their child from the school. In the Western Cape, a wine farm decided it couldn’t “find it in their hearts” to allow a gay couple to get married there. REBECCA DAVIS has been collecting her favourite (actual) comments on the subject from South African news sites.

I must admit, this sounds like a publicity stunt on the part of these two lesbians.

Oh, no doubt. No doubt. Reputable heterosexual scientists have found that the “publicity-seeking gene” is spliced atop the “lesbian gene” whenever DNA is sequenced. Every lesbian learns early in this life that there are only three surefire routes to achieve the publicity that is their genetic compulsion:

1. Be denied access to some constitutional right, and talk about it.

2. Buy a blazer and become a wisecrackin’ talk-show host.

I cannot be a monkey and send my monkey child to a tiger school in order for him to grow up to become a tiger, get my drift.

Shoot me if I’m wrong, but isn’t this the plot of Life of Pi? I fell asleep when they were on the boat.

Regardless of opinions marriage is between a male and female now perhaps we can coin a different phrase for gay people something to the tune of gayridge.

Homosexuals deliberately target Christians to “prove” how homophobic they are.

I’ve got to hold my hands up here on behalf of the gays and say: guilty! We do. It’s a kind of sport for us, because you’ll only let one of us play NBA basketball. We have a sparkly league table back at Gay HQ (Green Point). But you guys gotta make it more of a challenge! I have 7.5 million league points so far and we’re only four months into the year. At this rate we’ll have to change to poker. *wink*

You get on my private property and trust me I will bigot you to pieces.

Thanks for the invite! Friday, six-ish? I’ll bring salted nuts and a grammar textbook.

Why dont they now intern respect the rights of others to practice their religious values.

One issue could be that it’s hard to find good interns these days.

I think the 2 mothers were treated pretty harshly, but it would have been even more confusing for the child when the child starts learning Genesis.

The gay men should marry in a place where they are welcome, and I can’t understand why they make a song and a dance about it.

Um, a song and a dance is kind of the whole point of a gay wedding.

Well done to the [winefarm owners], sodomites want to demand rights which GOD will never give them, only foolish governments and their opposition parties.

Here’s an idea! You bring the rights that God gave you, I’ll bring the ones the foolish government gave me, and we’ll arm-wrestle in the Constitutional Court!

Marriage is the binding together of a man and a woman. If gays want to be “bound together”, then call it something else and have a knotting ceremony or something.

In-ter-ess-ting. INTERESTING. I’m not sure, but I think I love it. Talk me through it? So the idea is that two gays get tied together – maybe back-to-back? With a stake of wood in the middle? And a circle of people standing around cheering? It’s very… Mississippi-chic.

Why get married if you aint gonna have babies?

This is awkward, but someone’s going to have to ask Nelson and Graca.

The Diemerskraal Wine Estate has EVERY right to reserve the right of admittance. . . . if they decided to refuse admittance to a Cat Owner’s Convention or anything else for that matter

Just a tip for the future: the guest lists for “lesbian wedding” and “cat owners’ convention” can often be usefully combined to slay two gays with one stone.

the reason fags are picked on… is because they are SO melodramatic about EVERYTHING!!!… uptight nancy’s… just walk away and have your stupid wedding in a gay friendly establishment… oh yes.. and to my 2 gay mates… you’re legends…lets grab beer soon!! you don’t behave like these idiots..

I spoke to your two gay mates. They said they don’t want to grab beer until you calm down, dear.

Perhaps we could arrange for some sort of “exposure therapy”, where a very small gay person walks over your wrist without harming you.

Gambia have come up with a Therapy, if a gay is cornered they put him in a colony of women prisoners and give him a cell without a door and…..[comment ends]

Annnnd… they all discuss the urgent need for penal reform, given the high rates of recidivism?

Find them a little gay volkstaat, where they can do as they please without harassing normal people.

● Discrimination is illegal. When will we learn this? By Pierre de Vos, in Daily Maverick