China and India face off along frozen border 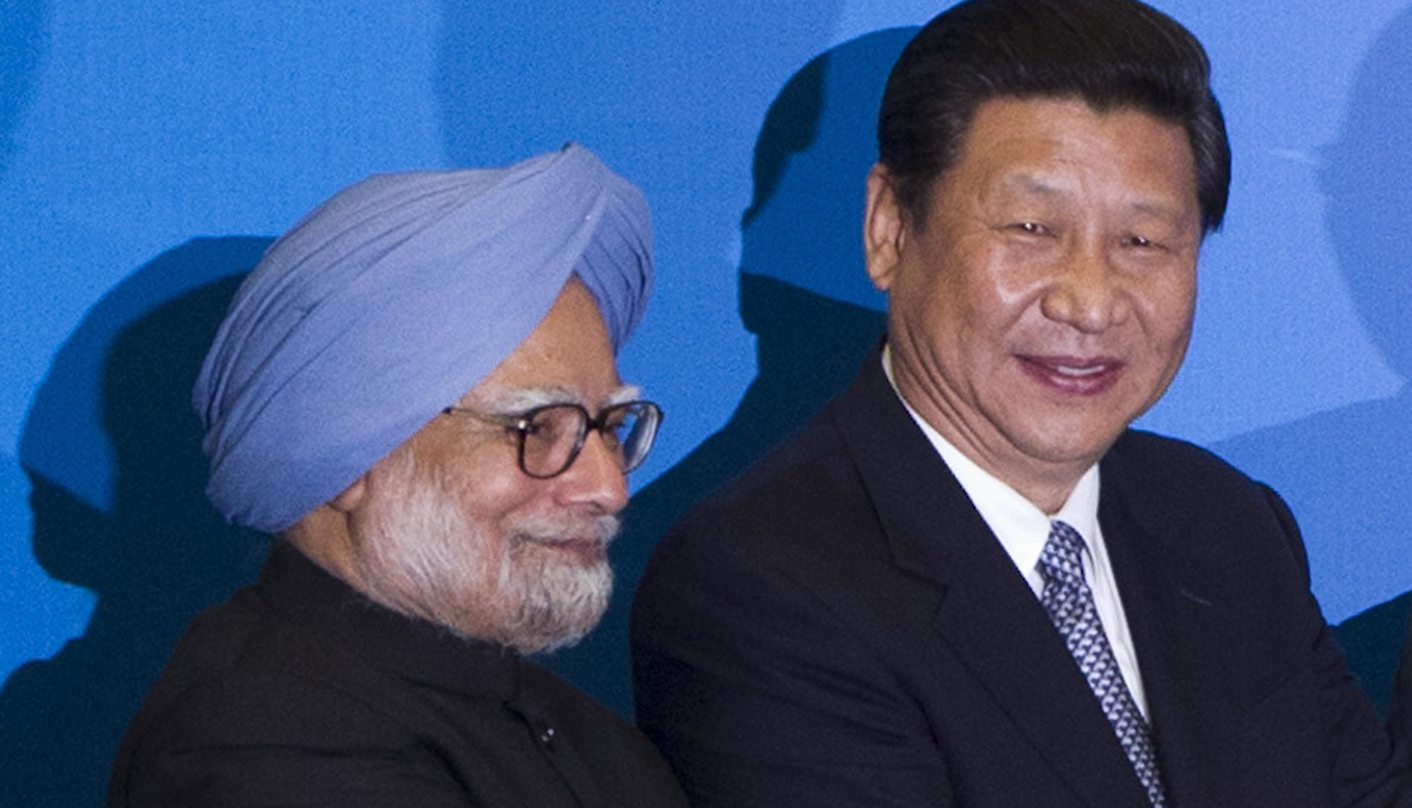 There is no physical border between the world’s two most populous countries, just an invisible line somewhere on an icy Himalayan plateau. Two weeks ago, China crossed that line. Combined with the weight of their shared history, this threatens to undo all the good (and lucrative) progress made in Sino-Indian ties over the last decade. By SIMON ALLISON.

An invisible line runs along a bit of frozen Himalayan plateau. It is 4,057km long, and even though no one’s sure exactly where the line is – we can’t see it, after all, and it was created by fractious politicians rather than cartographers – it is the only thing that stands between two of this world’s greatest civilisations. The Line of Actual Control, it’s called, and it has formed the de facto border between China and India for the last 50 years and helped maintain an uneasy truce between the two neighbours.

Until, two weeks ago, Chinese soldiers crossed the line.

This is not as exceptional an occurrence as it should be. Because of the disputed nature of the border, it’s easy enough for soldiers from both sides to accidentally wander into the wrong country’s territory, and they do, regularly (although it’s not always an accident). There’s even a system of flags and banners designed to warn soldiers when they’ve crossed the line and prevent tensions from escalating.

But this time was different. Instead of meekly returning to their side of the border – or, at least, what has been tacitly, if not formally, accepted as their side of the border for the past half a century – the Chinese platoon dug in and erected temporary shelters. Even worse, they insisted that in fact this was their territory, and they had no intention of giving it up.

Diplomats from both countries, keen to keep the situation under control, have been downplaying the significance of the incursion, but neither side is giving any ground (literally). “Both sides claim the land as their own in an unusually public show of mutual defiance that threatens to unhinge some of their newfound comity in an otherwise fraught relationship, and cast a shadow on (Chinese) Premier Li Keqiang’s visit to India next month,” wrote Debasish Roy in the South China Morning Post.

Roy notes that trade between China and India has increased exponentially over the last decade, from $3 billion to nearly $80 billion, and the two countries have started working together on a range of other issues, including energy security and the environment. In addition, Premier Li’s visit so early in his term is a welcome break from protocol and indicative of the new importance China places on its ties with India.

But looming over this relationship is the shadow of their shared history, specifically the brief but decisive 1962 war which destroyed any kind of mutual trust. In that war, China suddenly and unexpectedly invaded the Aksai Chin plateau in Kashmir, overwhelming the under-equipped and ill-prepared Indian troops with ease. China has kept hold of Aksai Chin ever since, and it has become a vital land link between Chinese-controlled Tibet and Xinjiang in China proper. India still considers it to be occupied territory.

The war had another effect, greatly strengthening the relationship between Tibet’s government-in-exile and India (on the time-honoured principle that “the enemy of my enemy is my friend”). The Dalai Lama had already set up shop in the Indian town of Dharamsala by then, but the war eliminated any doubt about his presence there. This has been a major source of tension between China and India.

“For Beijing, the Dalai Lama’s government in exile in Dharamsala has been a constant challenge to its rule in Tibet,” explained Ivan Lidarev in The Diplomat. “For Delhi, it has been a symbol of Beijing’s refusal to grant real autonomy to Tibet. It has also proved a double-edged sword for India. While it has given India the so-called ‘Tibet card’ to play against China, it has also boxed it in as Delhi cannot control the Tibetan leader nor throw him out for fear of the domestic and international reaction. All this has guaranteed constant tensions between the two Asian giants.”

Another factor in the combustible mix is the Indian state of Arunachal Pradesh, which China claims as its own (sometimes referring to it in official documents as “southern Tibet”).

With all this history, it’s little wonder that China’s recent incursion across the Line of Actual Control has ruffled a few feathers. It’s also hard to figure out China’s motives – why risk alienating such a large and important neighbour, just when relations are getting onto an even keel?

The official answer, as expressed by Chinese negotiators in three unsuccessful meetings to resolve the issue, is that China wants India to freeze its military and infrastructure development in areas along the Line of Actual Control. But analysts aren’t buying this explanation – although they don’t have a better one.

“China at this moment does not have anything to gain from asserting itself against India,” commented Lei Guang, director of the 21st Century China Programme at the University of California, San Diego, speaking to the South China Morning Post.

Guang has a point, and it seems unlikely that either China or India will allow the border dispute to threaten the overall forward momentum of Sino-Indian relations, from which both countries benefit. Then again, that’s what India thought in 1962 – and look how that turned out for India. DM