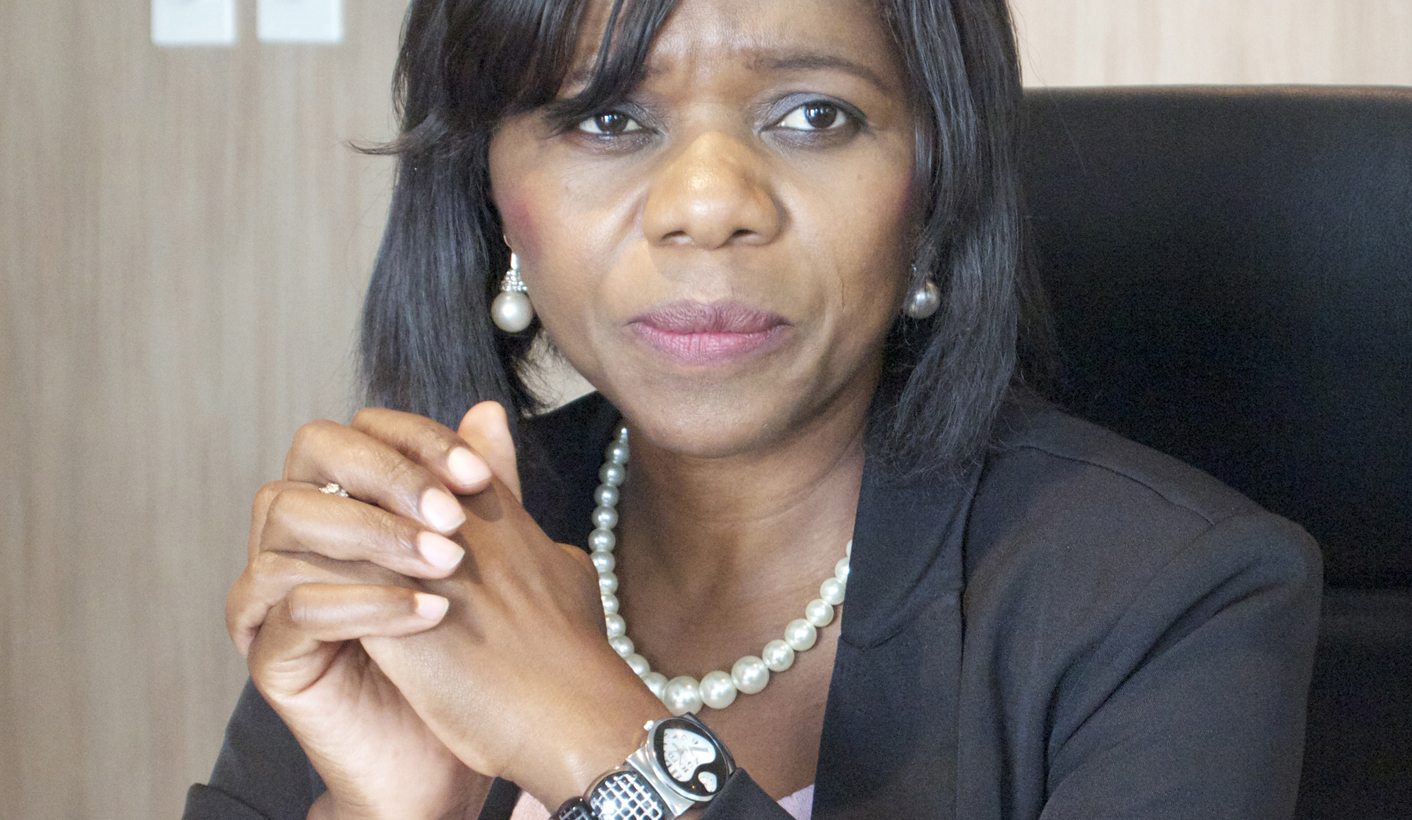 On Wednesday, the public protector Thuli Madonsela released six new reports on incidents of maladministration that she was asked to investigate. While it was not the report on the Nkandla renovations, or the ICT Indaba and the alleged improper involvement of communications minister Dina Pule’s boyfriend, it was a window into the workings of government. Or at least a big source of bad decisions by politicians – their lawyers have a lot to answer for. By SIPHO HLONGWANE.

Advocate Thuli Madonsela has several big scalps under her belt from her time as public protector. Her investigations and reports into maladministration and abuse of powers have brought down several cabinet ministers and the former police commissioner Bheki Cele. She has also helped bring enormous pressure on former ANC Youth League president Julius Malema, and is currently investigating the renovation of President Jacob Zuma’s home in Nkandla, and also allegations that Dina Pule’s boyfriend improperly benefited from an ICT Indaba that the communications department hosted in 2012.

Yet she also busies herself with cases of lesser profile, and one might argue that these are of greater impact to citizens who rely heavily on the government for daily sustenance, because they were issues of service delivery, or the capacity to do so.

One of the released reports documents the case of a pensioner who had to fight the Eastern Cape department of education for 14 years to receive a pension amount owed to her. The woman, employed since 1973, found that her contributions while working under the Transkei department of education (pre-1990) were not included in her payouts. The old department paid a separate cheque to the new EC DoE, which was then delivered to an address she never lived on and had never included in her documents. “My finding is that Mrs Mdaka is owed the outstanding pension money, the conduct of the EC DoE and the GPAA has been improper and constitutes maladministration. They have been asked to calculate and pay the outstanding amount with interest, within 30 days,” Madonsela said.

The main report dealt with a March 2012 complaint by then commissioner of the National Consumer Commission (NCC) Mamudupi Mohlala against the director-general of the department of trade and industry (DTI) Lionel October.

The main allegation was that the DG overstepped his authority in the co-management of NCC staff transferred from the DTI, so to cause disruptions to the commission’s work. Mohlala also complained that the DG purchased goods and services for the NCC without her say-so and made certain payments without her knowledge or authorisation. The DG was also accused of interfering in her work by questioning some of her decisions. In retaliation to her resistance to interference, she alleged that she was placed under virtual financial administration and subjected to multiple investigations and audits.

After initially setting up a conciliation meeting that failed, Madonsela decided to bring out the stick, and investigate.

The public protector concluded that the DTI interfered in the management of the NCC, but found that this was not because of malice, but rather a “bunch of people with good intentions but huge egos” who couldn’t work together, leading to the dysfunction of the commission.

The auditor-general was also asked to investigate the manner in which the DTI handled the finances of the NCC, and found that the DG did have the power to withhold funds, or transfer funds to the commission. Madonsela said that although the actions were not unlawful, they did still qualify for censure.

“The manner in which the authority was exercised, however, fails to meet the test of good administration. Although lawful, the department’s conduct was unfair, unreasonable and constitutes maladministration,” Madonsela said.

This gap between what is lawful and what is lawful and also the proper way to do things is a trap that many public officials fall into, Madonsela said. Unfortunately, it appears that they are receiving incorrect advice from their legal experts.

After quoting British jurist Walter Odgers on the definition of maladministration as “all misconduct in high places, all oppressive and overbearing acts on the part of those who are addressed in a brief authority”, she pleaded with her fellow legal practitioners to read the relevant acts, including the Public Protector Act and the constitution so that they could give correct advice. The government official need only violate the definition of maladministration as contained in the PP Act to be investigated and acted against, she pointed out.

“I am making this appeal because misguided advice to the state is increasingly causing unnecessary delays in investigations and the implementation of remedial action. This not only prolongs the suffering of victims of maladministration, it contributes to tensions between community and government and contributes to incidences of public protests, which often turn violent,” Madonsela said.

On the one hand, it could be encouraging to see the public protector having to deal with instances of overbearing officials rather than malicious intent to cheat, but what she is left with is much harder to fix. Getting rid of a corrupt official is easy compared to trying to fix a sinking ship that is captained by incompetent people and is pointed in the right direction.

The definition of maladministration is so broad that Madonsela has vast leeway to referee in cases where a purely legalistic approach would be unhelpful (such as the NCC vs DTI case). It would be truly frightening if these kinds of cases started piling up. DM