Pravin Gordhan: SA far from being out of the doldrums 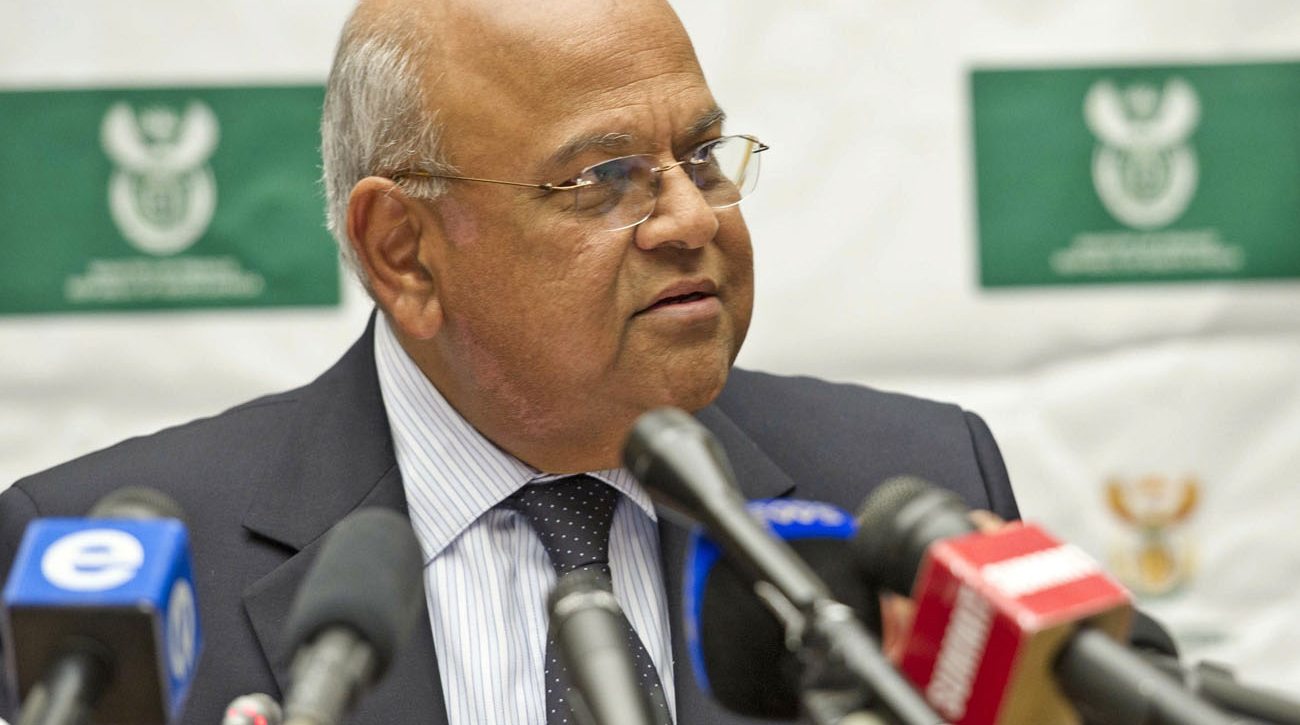 The economy of South Africa is unlikely to experience any kind of exciting growth spurt for at least the next three years, and there is no point in looking to the rest of the world for an easy solution, as most countries are even deeper in the mire than we are. This was the message of finance minister Pravin Gordhan at a public lecture on Thursday. By SIPHO HLONGWANE.

Finance minister Pravin Gordhan has reason to adopt a triumphal tone these days. The Eurozone is beginning to entertain the notion that the time for austerity is over, and that a more growth-centric approach would be more appropriate at this stage. A committed leftist and Keynesian (not to mention a member of the decidedly left African National Congress), he has long argued that the budget-slashing methods adopted by many European countries will end up cementing the effects of the recession for as long as another decade to come.

Recently, the first deputy managing director of the International Monetary Fund, David Lipton, said in London that further austerity could seriously hurt the European economy. “There is a risk that Europe could fall into stagnation, which would have very serious implications for households, companies, banks and other bedrock institutions… To decisively avoid that dangerous downside, policymakers must act now to strengthen the prospects for growth,” he said.

In South Africa, the government decided to adopt a counter-cyclical policy, a managed debt level and ‘inter-generational fairness’. In English, our government chose to ramp up spending on its part when the private sector stopped because of the recession, but also decided to reduce the national debt levels when it became clear that the sewage material really had hit the fan, so that it could continue borrowing for a number of years. Also, the government took the decision not to impose crazy debt level on the next generations.

As a result, our economy grew between 1% and 4.6% at different periods during the global recession, but we managed to leave the social wage bill largely intact while raising investment spending on infrastructure.

The obvious caveat is that South Africa never borrowed wildly and far above its means like Greece did. Mid-term fiscal consolidation was both possible because it did not require gutting the golden goose that is employment and tax revenue. It’s easy to thumb noses at the Eurozone when we were never as deep in as some countries were.

Gordhan has particularly enjoyed the Reinhart-Rogoff scandal that hit the world in recent days. Economists Carmen Reinhart and Kenneth Rogoff published a study which posited that debt levels above 90% of the gross domestic product corresponded with sharp drops in economic growth. The data seemed to confirm the conservative view that austerity and spending reduction leads to economic growth. However, several economists have challenged the findings. Most notable among them was graduate student Thomas Herndon, who has achieved minor celebrity status in finance circles for uncovering basic errors in the mathematics that invalidates the findings of the study. Some commentators go as far as to say that he has basically helped rubbish the idea of austerity.

Despite this apparent change in thinking, Gordhan’s optimism in the future is based on South Africa’s ability to find unique solutions, and in our strengthening BRICS partnership and African trade. He said that South Africa has suffered badly from reduced demand from Europe (our biggest buyer of manufactured goods), but the Southern African Development Community has been picking up the slack of late.

One of the problems the global economy is now facing is that unusual measures were required, such as several rounds of quantitative easing (the government pumping large supplies of cash into the economy by buying financial assets from commercial banks in hopes of jumpstarting it), and now we are in new territory.

“Nobody knows what lies on the other side of this innovation which the central banks of the world have decided to take,” Gordhan said.

“The challenge, however, is when these institutions begin to retreat from these unconventional monetary policies — what is going to happen then, what is the sequence of events which is going to follow?”

For the South African government, the difficulty is in both staving off a bad recession here, and implementing the ambitious and costly National Development Plan at the same time.

For now, the government is happy with gradual implementation. “We have already begun lining up the NDP and current government planning. Later this year we will have a strategic mid-term plan for government departments to help them align their budgets. By this time next year we will see much greater synergy between the plan and government work,” Gordhan said.

He also said that departments were being asked to re-prioritise budgets in the short term without necessarily slashing it. If the economy continues to grow at sub-par rates, though, we may finally have to reduce things like the social wage and public wage bills. It would appear that Gordhan and others have their fingers crossed that we will start to see some kind of meaningful growth from 2015.

“However, we are doing fairly well,” Gordhan said, “while challenges remain in Europe.”

The finance minister said that for the government, spending needs to become more imaginative. We need more bang for our buck. “We have one of the biggest budgets in education in the world. Why are we not getting the quality outcomes that we require? We invest a lot of money in health. Why are we not getting the right quality of outcome so that South African citizens can say they are proud of the kind of health system that they have?” he asked.

So in spite of Europe’s insistence on shooting itself in the foot, Gordhan is optimistic that we will be okay in the end, because the shift is now towards growth measures, rather than cost-cutting.