Q: How does the ANC government run its media properties? A: Not well. 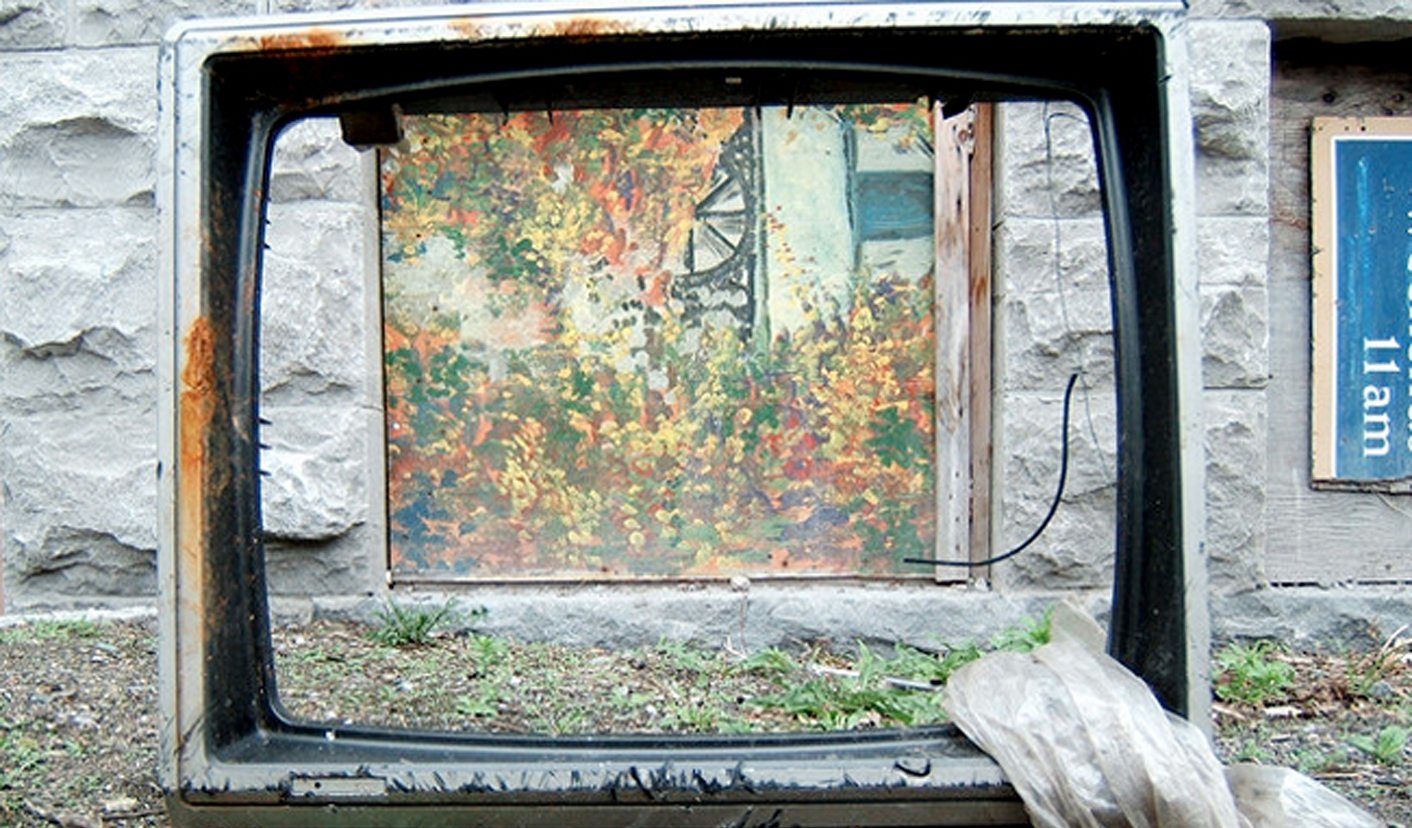 With elections hurtling towards the ruling party in 2014 and as service delivery protests get louder, and more prolific, the state will look to maximise every opportunity to tell the country what a great job it is doing and why the status quo must be retained. As the propaganda machine ratchets up a couple of notches, so too will the ANC government’s media ownership and need for influence. MANDY DE WAAL investigates.

Even though the National Council of Provinces (NCOP) is unhappy with the state of service delivery in the Free State, Pinkie Moloi is thrilled with both the provincial and South African government. Moloi lives in Diyatalawa, which is part of the Maluti-a-Phofung municipality, a region that includes Harrismith, and that shares borders with Lesotho and Kwazulu-Natal.

“When people say that government does nothing for the people it’s not true. I wake up with a purpose to feed my family,” Moloi says. “We were living in poverty but things are a lot better.” Moloi’s story goes something like this: for twenty years the mother of four couldn’t find a job, and then ANC and SA President Jacob Zuma came to town and changed all that.

Zuma launched an anti-poverty programme in Diyatalawa because of the extreme poverty in the area, which now sports an agricultural co-operative producing apples, beans and wheat. This produce is sold at the Harrismith Market, and today the Diyatalawa Agri-Village supports 50 households; this after the local and national departments of agriculture cleared and revived the apple orchards in the area.

Same story with the wheat production project that’s also part of the co-op. A total of 418 hectares of wheat were planted in the 2010/2011 season and 314 tons harvested, generating R800,000 that was reinvested back into the project, as well as to develop a bean-growing project.

If you are kicking yourself for missing this news, that’s because you’ve been reading the wrong media. The latest edition of Vuk’uzenzele is filled to the brim with good news stories about a government that’s working. Run by the Government Communication and Information System (GCIS), stories in the April 2013 edition of Vuk’uzenzele include news that the presidential hotline is resolving the problems of South African citizens; that the provinces have taken their cue from Zuma’s state of the nation and will be creating hundreds of thousands—if not millions—of jobs; that 58 new courts are to be opened across the land to tackle sex crimes; and that a new dawn has broken for teacher education in SA.

Vuk’uzenzele is just one of a slew of media operated by the GCIS that ranges from news for the electorate, to in-government communications like 30DaysInGov, GovComms, Government Dialogue and Public Sector Manager, which focus on sharing ‘best practice’ and encouraging public employees to do better.

Media focused specifically at citizens are (of course) Vuk’uzenzele; My District Today, a newsletter dedicated to service delivery; and SAnews.gov.za (formerly known as BuaNews), a newswire type service dedicated to local and community media. These GCIS media products exclude the media run and managed by national state departments, like that of basic education, which has a YouTube channel that sports a TV commercial created by the DBE to highlight its Accelerated School Infrastructure Delivery Initiative.

The DBE commercial, which has been watched all of about 158 times, features embattled minister, Angie Motshekga, hugging a learner and saying: “Let’s continue to make basic education a societal issue.” There’s also a DBE website, a Twitter feed and a Facebook page, all of which show Motshekga actively engaging with learners or handing out awards to teachers.

“Too often government media material is used to promote policies, rather than giving citizens practical or useful information. Or increasingly state communication and media is used by government to promote individuals,” he adds.

“But the communication we are seeing from government is one-way, old-fashioned, top-down communication. These politicians want their voices to be heard rather than engaging in a contemporary, modern conversation with the electorate and citizens,” Harber states, saying that the Zuma regime’s mode of communications is all about getting the electorate to “shut-up and listen”.

As the ruling party and the ANC-led state hurtles towards the 2014 elections, which in terms of the Constitution must take place between April and July next year, government’s media reach and influence is growing dramatically.

The GCIS has a growing number of propaganda titles, while state departments (like Motshekga’s) increasingly appear to be using their budget to buoy up politicians and policies, rather than offering what people really want – to find out how to access services, or obtain a means of interfacing with government to express dissatisfaction about services.

In tandem there is, of course, the SABC – the media utility that the government is supposed to be the custodian of  – in service to the public, but which has become a comedy of errors because of ongoing, ham-fisted interference by the ruling party.

“The government doesn’t own the SABC – even though the state is the sole shareholder, they are custodians on behalf of all people of South Africa. The SABC is not a vehicle to disseminate a political or government position,” explains William Bird of Media Monitoring Africa (MMA).

“One of the things we are deeply concerned about is that there are repeatedly allegations about interference by the Minister (of Communications) in the SABC and its operations, particularly in the appointments of senior executives, and this is fundamentally unacceptable,” says Bird, whose organisation focuses on lobbying for the development of a free, fair, ethical and critical media culture in SA.

“Government is responsible for overseeing the effective running of the SABC and ensuring that it delivers on its mandate as a public broadcaster, but we all need to be deeply, deeply concerned about the state of the SABC. It is at a crisis level that I think has never been seen before in its entire existence,” Bird says.

For years now the public broadcaster has been embroiled in a perpetual crisis, but the latest episode of the sorry saga saw the board of the SABC quit en masse citing “undue interference” in the appointment of the corporation’s leadership.

“It’s difficult to discern the level of government influence at the SABC,” says Julie Reid, who is a media freedom activist and academic at Unisa’s Department of Communication Science. “There’s massive concern about the SABC because of all the debacles over the years, but it is difficult to investigate because there’s no transparency.” Reid says that there are legions of people at the corporation who have “terrible stories to tell, but who are just too afraid to speak up”.

“I think there is also a lot of self-censorship going there,” Reid states, adding that this is aside from the public hoo-ha over programmes being canned at the last minute, or interviewees being cancelled because of their ideologies. “The SABC has massive reach in this country, so it is crucial not to give up trying to find out what’s actually going on in there, but unfortunately we are just going to see even more interference in the run-up to the elections.”

Propaganda like Vuk’uzenzele has limited reach and influence. Data from the South African Advertising Research Foundation indicates that the readership numbers for Vuk’uzenzele are “relatively unstable” and set at some 888,000, but by comparison the public broadcaster’s reach is enormous.

However, the SABC’s ongoing drama and mediocre programming has hit the broadcaster where it hurts most – in its viewership. In March 2012, The Sunday Times ran with a story headlined: “SABC bleeding viewers as e.TV tunes in”, which claimed that the corporation had lost a million viewers over all its three channels. The losses saw big changes in the SABC’s editorial news departments, and now with just on a year to go to elections, the corporation is making big changes again.

SABC’s prime time English news bulletin was extended to an hour at the beginning of April 2013 (from 18h30 to 19h30), and there’s been an update to the programme’s set-design and opening sequence. Despite upgrades to television news and government’s ongoing interference with actuality at the public broadcaster, organs of state want even more media influence than it already has.

The state’s growing propaganda machine is evident in the Free State, where Ace Magashule has centralised the entire province’s communications spend, but instead of effecting cost savings through centralisation, the initiative is delivering exorbitantly expensive media (like the Free State’s R40 million web site) that prop up the premier’s image.

Magashule’s propaganda empire includes a diverse range of media, including advertising, social media, a television channel, media at the province’s airport, as well as a weekly newspaper. The DA alleges that most of the media work in that province was channelled to a Magashule crony, in what appears to be a simple equation. Magashule’s mates have been getting inflated tenders for years (like that of the R40 million web site), while the tender beneficiaries, the Letlaka Group, help position the Free State Premier as a true ‘man of the people’.

As the elections come closer, it’s likely that this is a template that will be repeated, frequently. With service delivery faltering, the government’s need to drown out dissent will only increase; the drive to exert more influence will heighten, and the ruling party’s clumsy broadcast model will demand a big loudhailer for ‘his master’s voice’.

Magashule’s already looking to extend to radio, and others will follow his lead. As the roar of dissent grows, the likely response will be a bigger voice to try to drown the noise out. DM

This is part of a series on the nexus between power, government and the media. In the next piece Mandy de Waal looks at an early democracy’s hope for a free and open media, and how far the ruling party have strayed from this ideal.