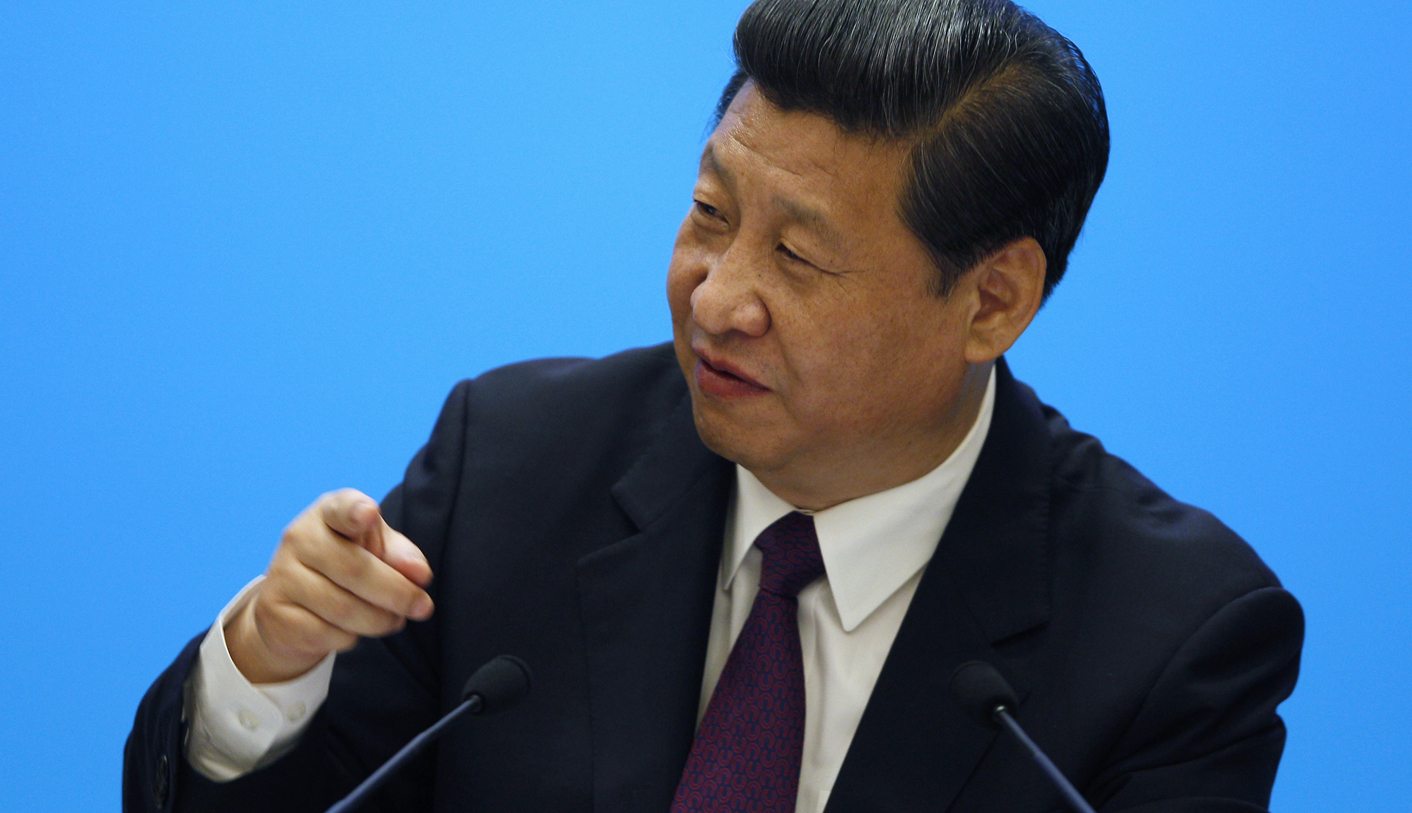 Every few years, all Chinese senior officers will have to do a two-week stint as a lowly private, as per a new presidential directive. This, apparently, is the prevention and the cure for “laziness, lax discipline, extravagance and other bureaucratic illnesses”. Sounds like something South Africa could learn from. By SIMON ALLISON.

As China’s overall wealth has increased, dramatically over the past couple of decades, so has the wealth gap – and the feeling that the men and women who inhabit the upper echelons of Chinese society, be they party leaders, government officials, business tycoons or some combination thereof, are increasingly out of touch with everyday life in China, which is still by and large a poor country.

This can be a dangerous, destabilising sentiment, and so China’s leaders are looking for ways to show that they remain humble and down-to-earth and just like the rest of the hard-working proletariat. That’s why the story last week of President Xi Jinping hopping into a Beijing taxi caused such a stir – and generated a lot of goodwill towards the new head of state. The story showed Xi doing a normal, everyday kind of thing, stripped of the pomp and ceremony which normally accompanies his every movement. If he’s willing to go without his limousines and official escort and brave Beijing traffic just like every other commuter then surely he’s not too divorced from realities. Just a pity, then, that the story turned out to be false.

That’s alright, because Xi’s got other plans to make sure his administration does not project too haughty an image. He’s already ordered public officials to cut down on extravagant public spending. As the New York Times wrote:

“Warning that graft and gluttony threaten to bring down the ruling Communists, Mr Xi has ordered an end to boozy, taxpayer-financed banquets and the bribery that often takes the form of a gift-wrapped Louis Vuitton bag. Gone, for now, are the freshly cut flowers and red-carpet ceremonies that used to greet visiting dignitaries. This month, military officers who arrived here for the annual National People’s Congress were instructed to share hotel rooms and bring their own toiletries. ‘Car-pooling feels so good because it provides a way to bond and chat with each other while saving money and increasing efficiency,’ one senior military official told the People’s Liberation Army newspaper.”

Car-pooling feels good indeed, but not nearly as good as President Xi’s latest directive to shrink the inequality gap. The South China Morning Post reported on Tuesday morning that, from now on, all Chinese generals and senior officers are going to have to shed their epaulettes and accompanying privileges for two week-long stints in the lowest ranks of the army. That’s right: all officers from the rank of lieutenant-colonel or above will have to spend at least a fortnight every few years as a lowly private.

The officers will have to live, eat, and serve with their foot soldiers during this period. “They need to provide for themselves and pay for their own food. They must not accept any banquet invitation, join any sight-seeing tours, accept gifts or interfere with local affairs,” said the directive, which was published on the website of the Ministry of National Defence.

This is in response to a popular – and not inaccurate – perception that a senior officer’s life is a cushy one. And it’s not unprecedented. In 1958, none other than Mao Zedong himself instituted a near-identical measure. The idea is that this ostentatious show of humility will promote unity within the ranks – and remind the pampered top brass of what it feels like to be at the very bottom of the hierarchy. “It will help to purify the soul and be the prevention and cure for laziness, lax discipline, extravagance and other bureaucratic illnesses,” commented the People’s Liberation Army Daily.

Whether this really is a panacea for all bureaucratic ills remains to be seen, but it is nonetheless significant that Xi has chosen the army on which to launch his public humility drive. It tells us two things: first, that the army remains the most important institution in China, still in many ways a role-model for the country as a whole and a guarantor of the one party state; and second, that Xi feels secure enough in power that he doesn’t feel the need to kowtow to his generals; instead, he can take some bold measures to keep them in line.

Given the South African leadership’s oft-expressed admiration for the Chinese model, and given our own notoriously wide income and inequality gaps, it’s worth pondering whether Xi’s very public attempts to address the symptoms of the problem might be followed in South Africa.

But given the concentration of power here, the Cabinet might make a better target than the army. What’s to stop President Jacob Zuma ordering Aaron Motsoaledi to don a pair of scrubs and help out as a hospital orderly for a few weeks? Susan Shabangu can go down a mine shaft (we suggest somewhere around Marikana), Tokyo Sexwale can lay some bricks and Naledi Pandor can try enforce queue discipline at the Harrison Street Home Affairs office in Johannesburg. If we’re really lucky, we’ll even see Fikile Mbalula go running.

It’s not a bad idea, actually. They’d learn a few things, and it would be a wonderful public relations coup for the government’s battered image. Maybe the Chinese model has a few things to recommend it after all. DM