Pace cowboys: Akram gets his hands on Pakistan’s newb...

Pace cowboys: Akram gets his hands on Pakistan’s newbies 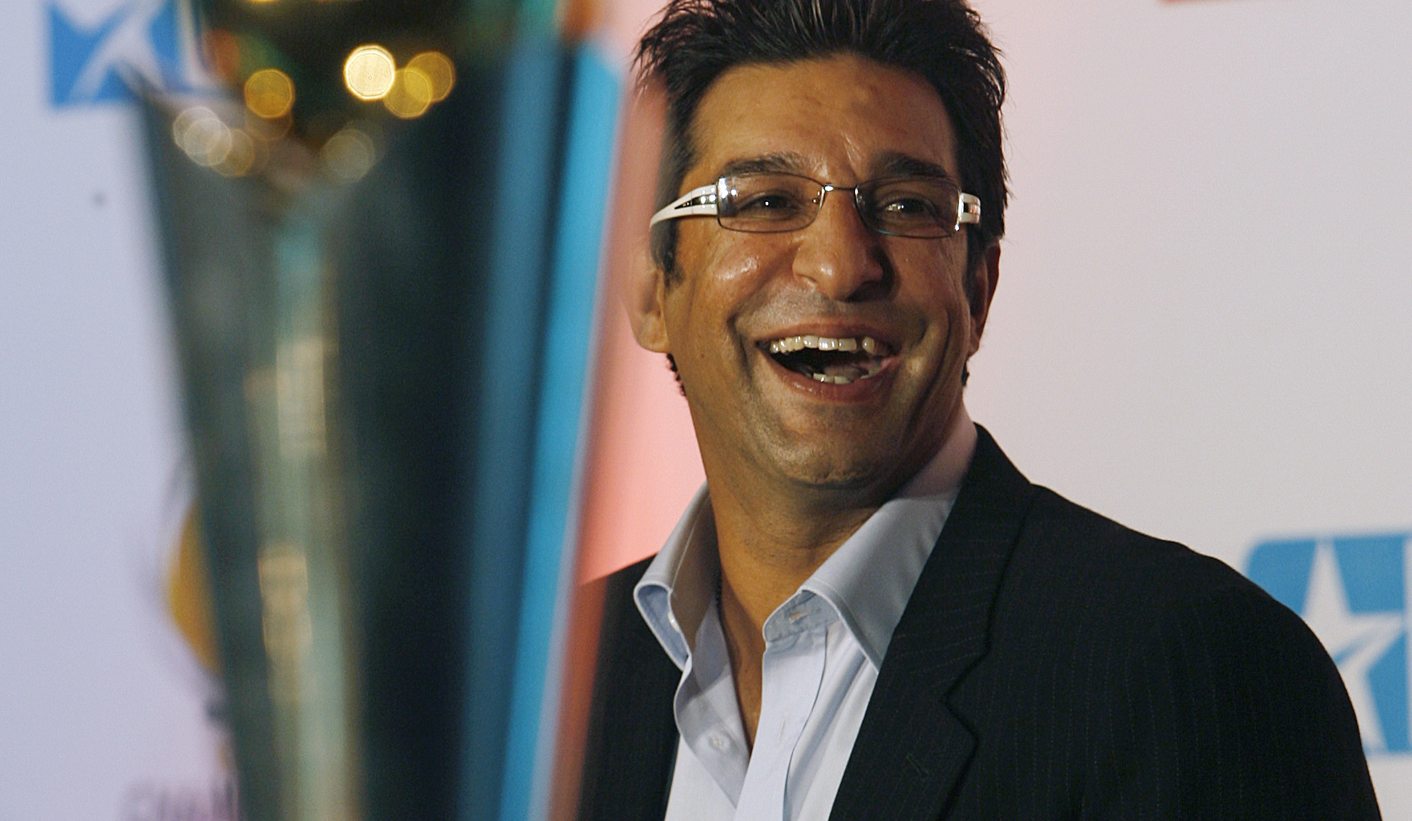 With the ICC Champions Trophy just over a month away, countries are pulling out all the stops in order to prepare for the tournament. Pakistan has set up a 10-day camp with former fast bowler Wasim Akram, to help him work with some of the up-and-coming talents in the Pakistan team. By ANT SIMS.

Bowling fast is becoming an increasingly difficult task and while having pace is one thing, being able to use that pace and adjust across different formats is a challenge fast bowlers have to battle with in order to stay at the top of their game. That’s what legendary Pakistan fast bowler Wasim Akram believes, anyway.

The 46-year-old is in the middle of a 10-day training camp in Karachi, where he is looking after 19 of Pakistan’s top fast bowlers, including squad members of the current national team, and a couple of bowlers with raw talent.

Both selectors and former players raised concerns over the falling stocks of fast bowling in Pakistan, and the camp was set up in order to help the team prepare for the ICC Champions Trophy, due to take place in England in June.

Akram believes that the rule changes in the ODI format, as well as the batsman-dominated T20 format, has contributed to the struggles of pace bowlers.

“The rule changes in one-day cricket, that you can’t keep more than four fielders outside the circle in a 50-over match at any time, and the rising popularity of T20 cricket means pace bowlers now need to be more adaptable,” Akram says.

“I will advise these bowlers that to be successful in this scenario, aggression is a must with top-grade fitness, pace and the ability to have length variation. T20 cricket has changed the mentality of batsmen. The odds are stacked against the bowlers.”

T20 does favour batsmen to an extent, and bowlers have just four overs to do what they can, but that does not mean that the basic principles of cricket are rendered null and void. The lack of yorkers is something which has been raised time and time again – even by national coaches like Allan Donald. A yorker, in all its varieties, has the potential to be potent; yet it’s a delivery which is becoming increasingly rare, most likely because it takes a lot of practice to be able to execute it perfectly.

Akram, however, doesn’t think there is cause for alarm for fast bowlers, and the best way for players to learn is through getting some proper game time out in the middle.

“I don’t think there is a serious concern about fast-bowlers. The talent’s there but these kids need experience and must learn to adapt to the demands of international cricket.”

Pakistan had a notorious line-up of quicks in their heyday, and Akram was one of those. The former international believes that Pakistan isn’t short of talented players – the ones in the pool just needed a nudge in the right direction.

“I see some of these bowlers have pace, and that is an encouraging sign, but they need to be groomed on how to best make use of it and how to bowl in the three different formats of the game,” he said.

One of those talents needing some nurturing is beanpole Mohammed Irfan, the lanky quick who recently played against South Africa with great success.

“Irfan is a special talent, but because of his height, he needs to be handled carefully,” Akram said of the seven-footer.

Irfan is the tallest man to ever play international cricket, and despite a rather forgettable debut in 2010, he was very impressive against South Africa on tracks which offered plenty of assistance for the quicks. He took 11 wickets in the ODI series against South Africa and he has been working closely with Akram to refine his craft.

“Wasim is a legend and he has been kind enough to help me out in the past as well. In this camp he has told me how to use my height to the best effect and has advised me to bowl with a high arm action,” said Irfan.

It’s good news for Pakistan, who will have to make do without the experience of Umar Gul, who was ruled out of the Champions Trophy with a knee injury.

While Irfan is certainly towering and his presence is rather intimidating, his demeanour on field still comes across as somewhat meek – something which the South African players picked up on during his tour of the country a few months back with a few players saying that the lanky pace ace needed to work on his aggression.

That aspect of the game, the intimidation of the opposition, is believed by many bowlers to be crucial. South Africa’s Dale Steyn said in an interview with The Cricketer this month that he didn’t think those who bowl fast should be smiling and laughing on the pitch.

It’s that kind of attitude Akram is working on instilling in his current crop of players.

“Aggression is an important aspect of the game. It is part and parcel of fast bowling, which our bowlers must learn,” he says, adding that a fast-bowler needs to get fired up after getting hit for a six.

“The pitches and conditions are different everywhere, so as a fast bowler, one must know how to deal with this or what length to ball on. I am not a magician, but I will try my level best to help them in phases, and hope that the same training camp is staged after a break of three to four months.” DM