In photos: Elections in Bhutan

In photos: Elections in Bhutan 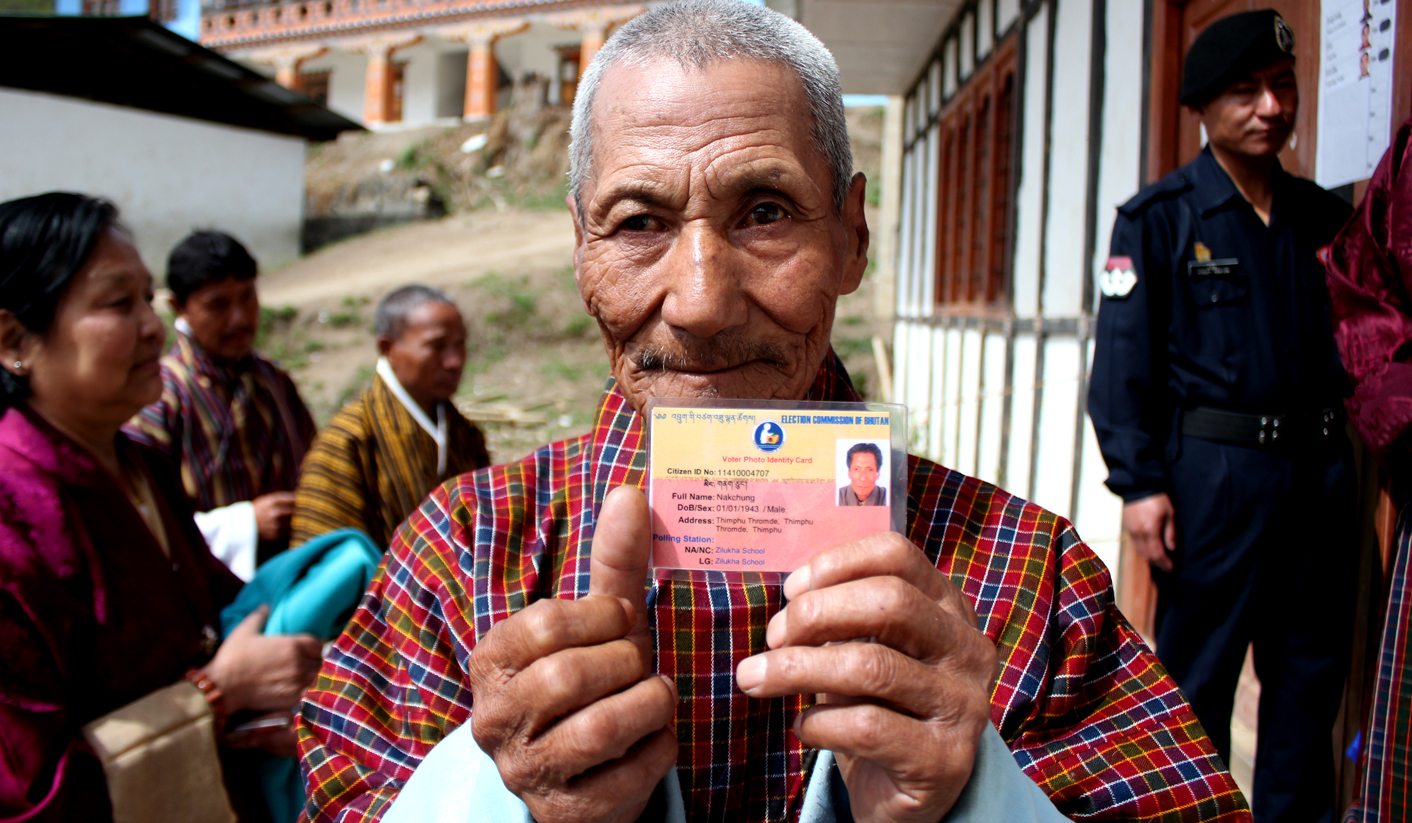 On Tuesday, the Kingdom of Bhutan - a tiny country tucked away in the eastern Himalayas - went to the polls, marking the country’s steady progression from an absolute monarchy to a parliamentary democracy. By SHOWKAT SHAFI.

Bhutan, a landlocked state in South Asia located at the eastern end of the Himalayas, is one of the world’s youngest democracies. Bordered to the north by China and to the south, east and west by the India, the country made the transition from absolute monarchy to parliamentary democracy through a parliamentary election in 2008.

On Tuesday, 380,099 registered voters returned to the polls to elect members of the National Council, the upper house of Parliament. The elections for the National Assembly, the lower house, are expected to take place in June.

As with any fledgling democracy, turnout is being touted as a gauge of how well the Bhutanese people have received their first taste of democracy.

While the elections in 2008 saw a face-off between two parties, with Druk Phuensum Tshogpa Party (DPT) winning by a huge margin over the People’s Democratic Party, this year, five parties will be contesting the elections (including the abovementioned two). The three new parties are Druk Chirwang Tshogpa, Bhutan Kuen-Nyam Party, and Druk Nyamrup Tshogpa.

Photo: Known as the “Land of the Thunder Dragon”, Bhutan takes pride in retaining its traditional Buddhist culture.

Photo: Bhutan made a transition from absolute monarchy to democracy five years ago.

Photo: Monks in Bhutan are banned from voting and running for office in an effort to separate politics from religion.

Photo: Instead of tracking progress by measuring the gross domestic product, Bhutan uses an index known as Gross National Happiness.

Photo: There are 850 polling booths across the country.

Photo: The country has a population of fewer than 800,000 people.

Photo: Bhutan’s urban youth face real problems such as “a vicious cycle of low aspirations, lack of role models they can relate to, inadequate employment opportunities, and high levels of anomie and angst as manifest in a problem of drug abuse and street violence”.

Photo: Bhutanese women show their voter cards as they queue up to cast their votes. One of the youngest democracies in the world, Bhutan is set for the second Parliamentary elections, which kicked off with voting for National Council Elections, the upper house of Parliament, on 23 April.

Photo: Bhutanese nationals wait for their turn to cast their vote in Thimphu, the capital of Bhutan.

Photo: Men wearing the traditional costume of Bhutan – Gho – stand in a queue to cast their votes in Thimphu.

Main photo: A senior citizen shows his voter card after casting his vote in Thimphu. DM

All photos by Showkat Shafi.