Battered by war, Syrian army creates its own replacement 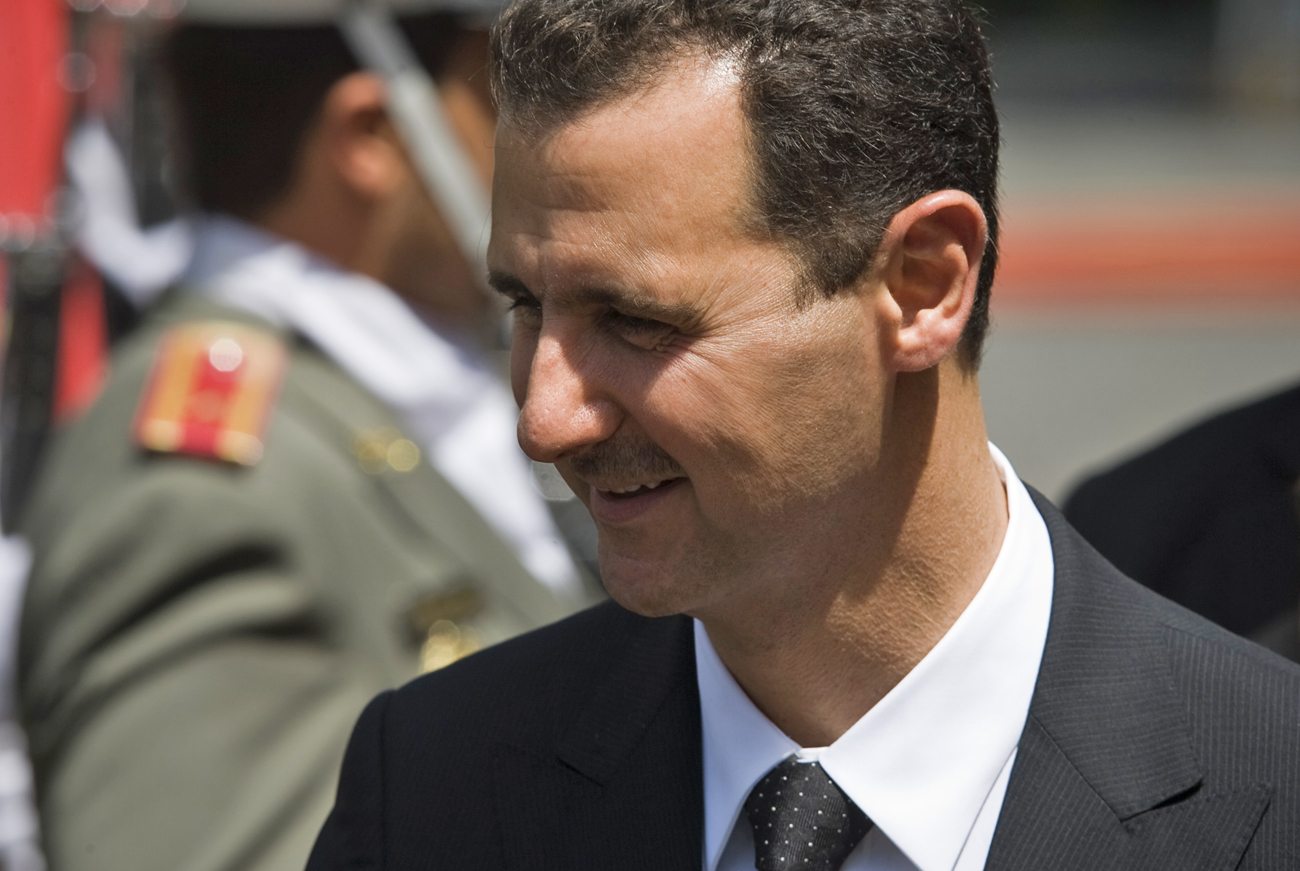 In Syria, for scores of men called each month to join the army for deadly combat, there is a more attractive alternative: stay home, join a loyalist paramilitary group, and get a share of the loot in raids on President Bashar al-Assad's enemies.

Now into the third year of the uprising against Assad, which began with peaceful protests and became an armed rebellion, Syria’s regular army has been weakened. Sectarian faultlines that are increasingly dividing the nation are now fragmenting an army whose strength was already eroded by desertions and defections to rebels.

Army officers belonging mainly to the minority Alawite sect, to which Assad himself belongs, sit uncomfortably in charge of a conscript army of men who are mostly from Syria’s majority Sunni Muslims.

Officers wary of their own recruits say they can create a more reliable force out of irregular loyalist militias spread across the country.

“After the events began, our leadership started to lose faith in the army and its effectiveness on the ground in a war like this. The Syrian army is an aging one. There is a lot of routine. A lot of soldiers fled. Some joined armed gangs (the opposition),” said a 35-year old military commander by telephone from Damascus. He withheld his name for safety reasons.

Pro-Assad militias used to be called ‘shabbiha’, derived from the Arabic word for ghost. Since their inception, they have had a sectarian bent. They were feared by the Sunni majority, who accuse the shabbiha of several massacres of Sunnis.

These once shadowy groups are being reorganised, trained and transformed. They have branded themselves as a volunteer reserve army. NDF fighters say the military even pays their salary.

But the creation of this parallel wing to the army could have dangerous consequences. The NDF system may reinforce the sectarian dimensions of a bloody conflict that has already killed more than 70,000 people and driven millions from their homes.

Sunni Islamists now lead the insurgency against four decades of Assad family rule, and minorities are flocking to the NDF to avoid recruitment into an army still comprised mostly of Sunnis. Most NDF fighters are Alawites, but many Christians and Druze have joined as well.

Rising sectarianism is plaguing both sides of a conflict that has become a civil war.

Rebel groups lacking experience have turned to hardline but effective Islamist fighters for support, including the al Qaeda-linked Nusra Front that says it wants to create an Islamic theocracy. That has radicalised some elements of a movement that started out calling for secular democracy.

After months of violence that has torn the country apart, both the opposition and pro-Assad groups are splintered. The creation of the NDF may be a sign that fragmentation is picking up pace, and that militias will one day take over the army’s role in protecting Assad and the minorities that fought with him.

“Most of the soldiers in my unit are Sunnis. They don’t trust me, and I don’t trust them. That’s the problem,” said the commander in Damascus.

Like most of the elite in Syria’s armed forces, he is Alawite. He says many officers now only use their Alawite soldiers as personal guards or special combat units.

“The soldiers are good guys, but I still worry each night. That’s why the NDF is better. No one defects, no one flees.”

For many, like 38-year-old Ali, an Alawite, joining the NDF was a necessity. He has a young daughter and wife to support. His small company based in the Gulf collapsed in late 2011 when he returned to his hometown of Homs after his brother, a soldier, was shot dead by rebels.

“I had no idea how to use a gun anymore; it had been two years since I did my compulsory army service. But my cousin was the head of an armed group,” he said, referring to the shabbiha.

“He told me I should make a group, too, and he’d arm us … Six months later, we organised ourselves into a unit of the NDF. Now we get a fixed salary with receipts for expenses. It’s very organised.”

The NDF has offices in government-controlled cities across Syria. Residents say many have training centres run by Syrian officers. The NDF gives fighters a monthly salary and weapons.

Training can last two weeks to a month, depending on whether it is for basic combat, sniping, or intelligence gathering.

FIGHTING FOR HOME AND SPOILS

For many fighters, the main attraction is fighting for their own home towns and the chance to accumulate extra wealth at a time when the country’s economy is collapsing. Unlike soldiers, they say they are allowed and even encouraged to loot houses when attacking rebel-held areas.

“I get 15,000 lira ($158) a month, and I am allowed to keep a percentage of the loot from any battle I fight in,” said Nader, a 30-year old Alawite from Homs who studied English literature before the conflict.

“I don’t want to die anywhere other than Homs … I want to be fighting for my own land. So when I got called up for service, I went to join the NDF. They gave me a stamped form, and I took that to the army recruitment office.”

Tall and bulky with piercing blue eyes, Nader makes his own personal uniform of green camouflage pants and shirts. For the NDF, uniforms are more a fashion statement than a requirement – in loyalist villages, they sport camouflage bullet vests loaded with ammunition over jeans and t-shirts.

“There’s no military routine where I have to wake up at 6 a.m. for drills. This is much more comfortable. Also, you know everyone in your group because you’re all from the same area,” he told Reuters by phone.

NDF fighters say they can choose to only work checkpoints and are not forced to join the army on raids – but if they don’t, they don’t get any of the spoils.

Loot is sold to makeshift markets, residents say, where the best goods are sent on to coastal cities or neighbouring Lebanon.

Like the rebels who hold much of the northern and southern border regions, the NDF is scattered across the country wherever the army has a foothold. The NDF and army have nearly total control of the coast, home to a large Alawite enclave.

Many people from minorities, including Alawites, have suffered as much poverty and repression as the Sunnis who lead the uprising, but the community has embraced the president as their only protection against a Sunni backlash after decades of Assad family rule dominated by an Alawite elite.

Military experts originally estimated Assad’s army as a force of 300,000 to 500,000, but deserters and defectors have taken their toll.

The army sees many benefits to localised militias. They know every alley in their town, every village in their countryside.

An officer in Homs, who asked not to be identified, said the army was increasingly playing a logistical and directive role, while NDF fighters act as combatants on the ground.

“We direct artillery and air strikes … Usually NDF fighters stay in their own areas, but if we have a shortage of manpower, sometimes we do send the guys to other provinces if their own areas are calm,” the Homs officer said, speaking by phone.

Not all residents look on the growth of the NDF with approval. Its fighters run checkpoints and practically administer smaller towns now, creating resentment among local leaders.

“They take over a government office or a school and make it their base. No one can say or do anything about it,” said an elderly Alawite cleric from the village of Masyaf in central Syria, who asked not to be named.

“The head of the NDF here is a dirty man. Two years ago he had nothing. Now he has land, cars, houses. That is all from stealing under the name of ‘nationalism’.”

Other residents complain the creation of the NDF has inextricably connected minorities to pro-Assad militias, giving them a stark choice.

“Either you become a part of it, or you leave,” says Fadi, an Alawite whose family lives in Tartous.

He says he wants to move with his wife and daughter to neighbouring Lebanon. “We’ve become complicit in the militarisation of our society.” DM