Equus: Talent at a canter 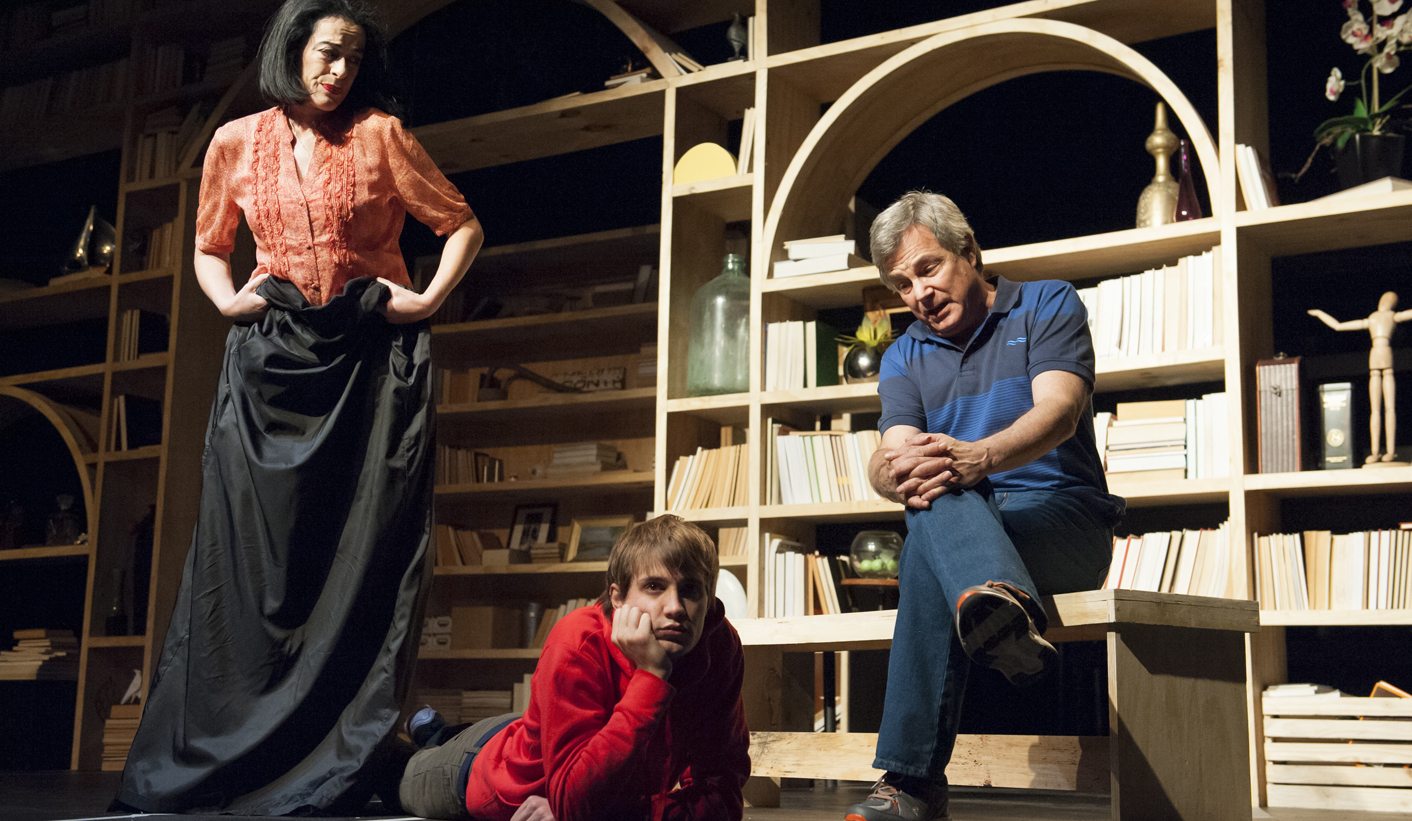 Equus is in equal parts disturbing, profound, challenging and entertaining. And as outstanding as the script is, the latest interpretation at the University of Johannesburg does every line justice. By LESLEY STONES.

Forty years after Equus was first performed, I finally got to see it. And it’s such a fabulous production that you should see it too.
But you probably won’t, because it’s stuck away in the Con Cowan Theatre at the University of Johannesburg (UJ), when it really should be treading the boards at one of the far more mainstream public theatres.

Equus is an intense and wordy drama set in the office of psychiatrist Martin Dysart (Anton Dekker) who is trying to treat the disturbed teenager Alan Strang.

Jeremy Richard is outstanding as Alan, a surly yet damaged boy whose religious fanaticism for horses has led him to brutally blind six animals. Richard fills the part superbly, aggressively singing TV jingles when he has no words, freezing out those trying to help him, and gradually opening up to reveal his dark obsessions. It’s mesmerising stuff, and when he mounts a horse and rides with unfettered power, the stage seems to melt away into misty fields. The horses are played convincingly by students dressed in masks and costumes by Angela Nemov, and in the perfect light and shadows created by Sizwe Moloko their clever sounds and movements are amazingly effective.

The set is also brilliant, with bookshelves in the office that allow us to see through to Alan’s room behind, and smoothly swing around to form a stable.

Although it’s a UJ production, it’s packed full of professionals, with students only taking the smaller roles. It’s extremely slick, and director Alby Michaels keeps a tight rein on the whole production.

Equus is lengthy play that demands concentration, as the psychiatrist questions his own ability to treat people when his own life is so abjectly miserable. At times it’s hard to catch every word of those monologues by Dekker, as he speaks quickly and not always with perfect diction. His conversations with himself are also complex, as he talks of mythology and psychiatry, religion and normality.

As he battles with his personal demons,the action unfolds at a canter around him. Isadora Verwey takes on dual roles as the self-assured magistrate who consigns Alan for medical treatment, and also plays his meek and religious mother, constantly twisting her cardigan like a comfort blanket to keep her sane.

Jonathan Taylor is equally compelling as the father, a staunch and domineering atheist with outmoded beliefs.

Author Peter Shaffer questions to what degree parents shape their kids, with Alan’s mother abdicating their responsibilities by saying that sometimes the devil just takes over.

The play reaches gripping heights when Alan is persuaded to re-enact the night he blinds the horses, in an intense scene of anger, despair, humiliation and madness. Except that’s not the climax, because it’s followed by another wordy outpouring from the psychiatrist, who believes he can strip away the barbarism that stems from Alan’s obsession. But what will that leave, he asks? A normal man, and ultimately a lesser man as uninspired and insipid as the rest of us.

Equus is a set work for students this year, and they’re going to have a task on their hands dissecting the numerous threads, thoughts, arguments and psychiatric theories galloping around in this rich, dark story.

The rest of us can just enjoy it for what it is – an enormously watchable and challenging piece of theatre. DM

* Equus runs in UJ’s Con Cowan Theatre on the Bunting Road Campus until 27 April, with bookings at Computicket.